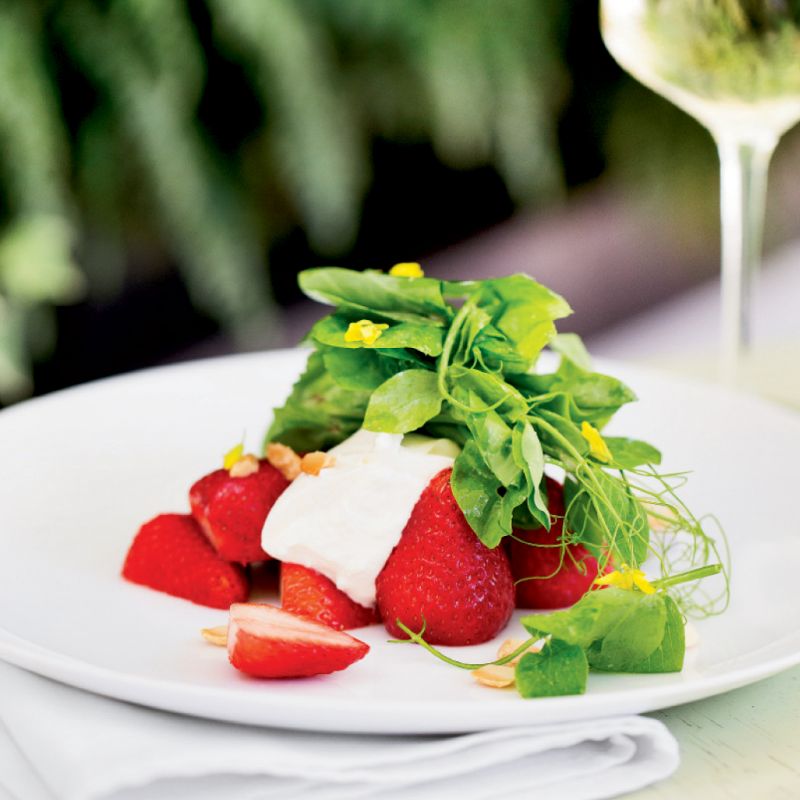 Immaculate, curated, striking, remarkable. Cannon Green offers lofty impressions from the first glimpse of the valet stand, which seems a strange sight to someone who came up knowing the Spring/Cannon corridor as the Martin Luther King Jr. Memorial District. It represents a watershed, the proverbial okra soup giving way to mignardises.

The entrance is grand, like the building that encompasses the full width of the block, connecting renovated structures in a chain of flowing spaces adaptable enough to host a celebrity wedding party or romantic dinners for two. A staircase winds up the side of the prominent bar to reveal a table of diners reveling 15 feet in the air. Smartly dressed guests enjoy the interior courtyard, full of gurgling fountains and reflected light. I watched a posh private gathering sponsored by a national magazine conglomerate enjoy Champagne amongst lush topiaries and decor that erupts in shades of emerald and jade. Co-owner Anne Bowen Dabney is an accomplished florist and lends her decorating talents to great effect. Servers quickly point out that the Mediterranean-inspired menu also draws from “Lowcountry” influences, but chef Amalia Scatena clearly shows her Italian pedigree from the start.

There may be Southern accents, but they are afterthoughts. Still, you’d find it hard to quibble with most of the offerings. With a few exceptions, Cannon Green delivers what it promises. If you’re looking for a country-club setting with a safe menu, you’ve found a new home. Scatena offers apt renditions of trendy Italian fare. A large plate-sized raviolo comes filled with a molten duck egg that oozes across the plate when released from its tender shroud. Fresh ricotta and spinach accompany while crisp garlic slivers bathed in nutty brown butter dance atop. There is paper-thin carpaccio stacked with the peppery bite of arugula and Parmesan cheese, accentuated all the more with a light touch of truffled vinaigrette and the tang of Dijon mustard. A local salad of seasonal strawberries lends credence to the claim that the menu will track the weather, but the baby mâche showed too much farm-to-table toughness to be worthy of the silky burrata cheese and toasted almonds with which it was laced. As is seemingly required these days, the list of local farms at the conclusion of the menu is long—even if as far ranging as Columbia—and equally reflected in the entrée preparations. Beautiful spring peas and Thumbelina carrots accent goat cheese tortellini, and local grits accompany foraged maitake mushrooms in a refreshing take on airline chicken breast.

The compulsory prime beef medallion gets those same luscious fungi in addition to silky potatoes and a bright chimichurri sauce. The star performers hail from the sea. A local flounder special paired with steamed mussels and delicately steamed rice was exemplary, the saffron broth below playing delightfully with paper-thin shavings of fennel draping the whole. A red snapper, perfectly crusted and artfully displayed above a robust smear of black garlic purée, brought mysterious flavors to the fore. Pickled shiitake mushrooms interplayed with burnished cubes of sweet potatoes and the hazelnut tones of browned butter gently spooned over the fish. Dessert largely languishes in poorly executed classics, but there’s no need to hash over those offerings, since the Mexican pot de crème, with its cinnamon and capsicum highlights and mascarpone cheese dollop, makes for a celebratory finish. A round of those rich cups of chocolate should be the standard accompaniment to any meal here.

Though the food is reliable, the service can be uneven, making Cannon Green hard to assess. One could complain that the menu is not very “Southern,” as advertised, or that this part of town was the wrong place for such a venue—that the ritzy surrounds ignore the history (and recent poverty) of the area. But that would just be admitting that you don’t like the way Charleston itself is headed.

It’s interesting to note that the center of the dining space features a remarkable architectural display, an entire building façade preserved in situ. It stands in suspended animation, engulfed by the new structure. Here, where the old meets the new, lies perhaps a corollary to greater movements within our city. Some see it as promise, as moving forward beyond limitations that held us back for far too long. The servers point out that the front door of the preserved structure now leads to the toilets. I guess your own perspective probably depends on where you came from and what you expect to find. Regardless, I’ll keep going back for the red snapper and the pot de crème. If I wanted to throw a posh party, I’d rent the warehouse space behind. If I needed to meet a client for drinks, I’d belly up in the bar area without a moment’s hesitation, which makes it a winner in my book. But if the menu veered closer to the local authenticity that the servers tout, the veracity of that façade could perhaps feel more than just skin deep. 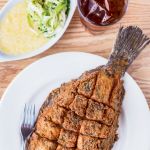 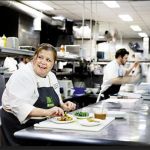