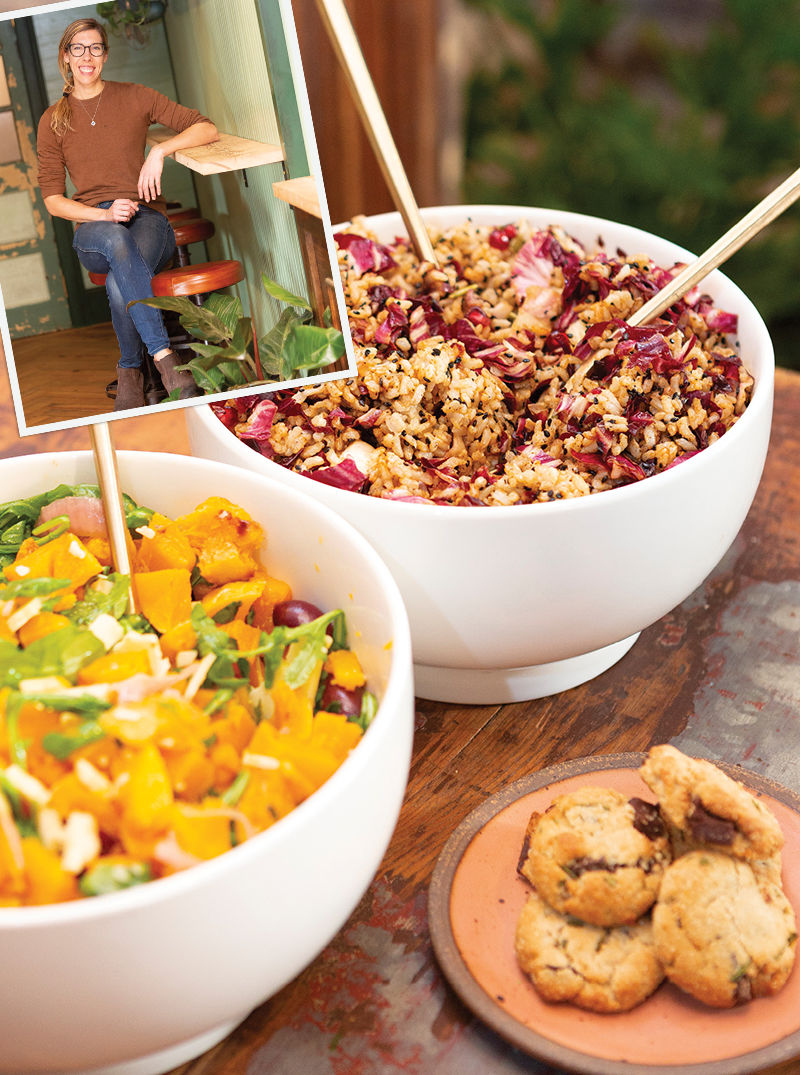 Born and raised in Dartmouth, Massachusetts, Greer Gilchrist became enamoured with life in the kitchen at an early age, reading cookbooks at the breakfast table and routinely baking with her parents. After graduating from the University of Massachusetts Amherst, she spent her formative post-college years teaching English abroad, exploring myriad flavors and food customs around the world, from the Middle East to Europe and Central America. In 2015, Gilchrist began baking professionally in Washington, DC, where she worked alongside friend and future business partner Cameron Neal. Two years later, the women decided to relocate to Neal’s hometown of Charleston and open Harbinger, a cafe and bakery in North Central. Their sister location in the French Quarter, Harken, launched October 2019; both projects have quickly become neighborhood staples that echo a kindred ethos: vegetable-forward food made with local produce in an intimate setting where customers can feel at home. 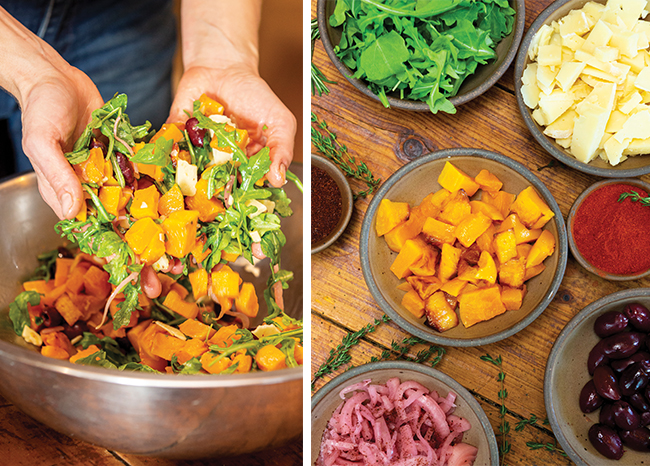 Gilchrist obtains her Asiago from Charleston cheesemongers Counter Cheese Caves and her turmeric and radicchio from Spade & Clover farm. 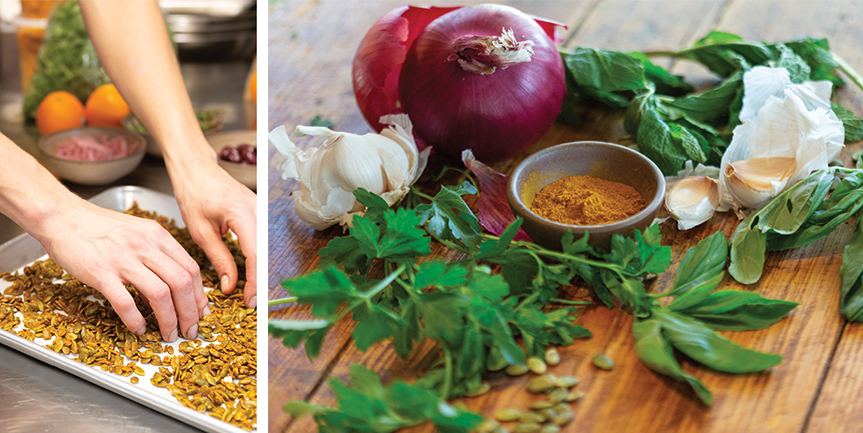 Chimichurri vinaigrette is verdant and versatile, pairing well with countless other salads and dishes. 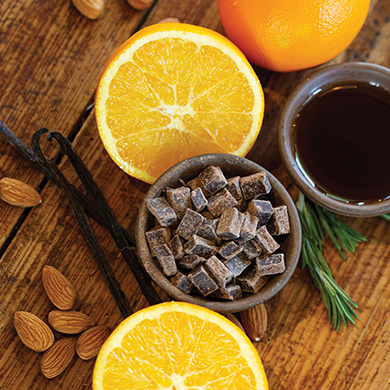 ■ Color Wheel: Explore the rainbow when cooking at home. Vibrant veggies can not only taste great but add appealing pops of color. “You eat with your eyes first,” Gilchrist says. “You need to be satisfied with what you’re getting, so why not make food look exciting to you?”

■ Balancing Act: Gilchrist prefers a mix of texture, color, fat, and acid when devising recipes. For her grain salad, she “wanted the chew of the rice, the bite of the radicchio, the sweet burst of pomegranate seeds, and the crunch of the pepitas.” Feel free to riff with what you’ve got on hand in the fridge—the possibilities are endless.

■ Thinking Ahead: Prepping ready-to-grab ingredients such as spiced nuts or seeds can make quick, healthy, weekday meals a cinch. Take sunflower seeds, pepitas, or any nuts you might already have in the pantry, mix with your favorite spice blends, toast, and store in an airtight container. Then, sprinkle your amped-up crunchy topping onto salads, grain bowls, and sides. “Those turmeric pepitas are so easy and can instantly elevate your cooking,” says Gilchrist. “All it takes is a few extra minutes to have an extra special element in your meal.”

■ Keen on Green: Adding herbs can brighten a dish. “They’re affordable and a really simple way to add fresh flavor,” Gilchrist advises. Soft herbs, such as basil, cilantro, and parsley can be stored in a water-filled glass in the fridge. Rosemary and thyme, which go well with roasted veggies, last up to three weeks in a Ziploc bag.