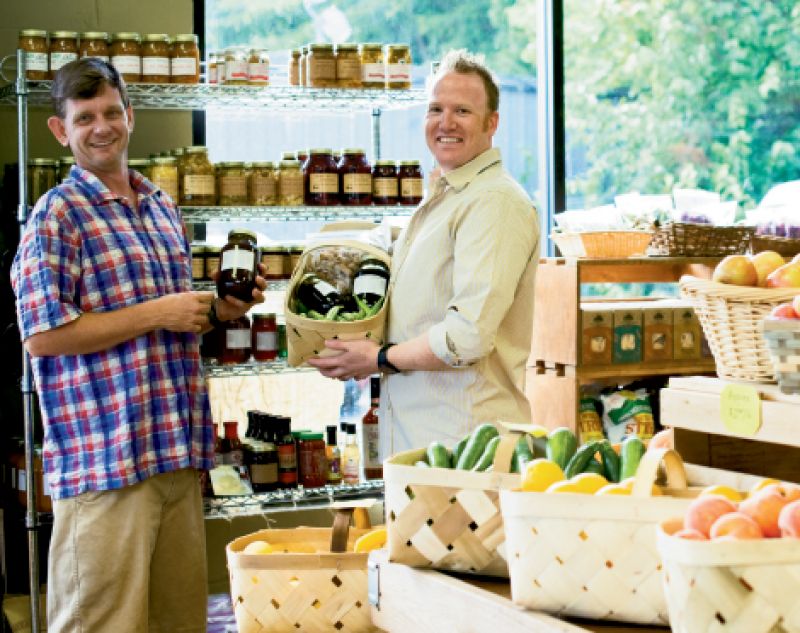 From Labor Day on through October, farmers will be harvesting and pressing sorghum cane and cooking its juice over wood fires to make sorghum syrup. Technically a grass, some sorghum varieties are used for silage, some for grain in Africa and India; yet others produce the sweetener that was so popular in the U.S. in the 19th century. Compared in flavor to wild honey, it was known in the South as “long sweetening.”

Cypress executive chef Craig Deihl describes the golden-hued sorghum syrup as “lighter than sugarcane’s molasses, less viscous in texture, and having more grassy notes. It provides its own unique flavoring to dishes where the strong bitterness of blackstrap molasses can be overbearing.”

The chef ramps up his sorghum syrup with hot sauce and butter to make the accompaniment for his fried chicken and yeasted cornmeal waffles. “The richness of dark meat welcomes the spices and grassy notes and makes sorghum syrup a great substitute for maple syrup,” he advises. And he employs the ingredient to give his barbecued pork a caramelized crust and complement his boiled peanut twist on baked beans. A native Pennsylvanian, Deihl used the Pennsylvania Dutch classic Shoe Fly Pie as the basis for his dessert, substituting sorghum molasses (sorghum cooked down further) for the usual one-note sugar by-product.

Deihl’s sorghum syrup comes from Cerulean, Kentucky, and is available locally at Blackbird Market. He sources his sorghum molasses from Limehouse Produce.

Dishing it up with chef Craig Deihl

RECIPE he’ll take to the grave: “My grandmother’s strawberry shortcake. My dad always said if it was passed along, a bolt of lightning would strike me down.”