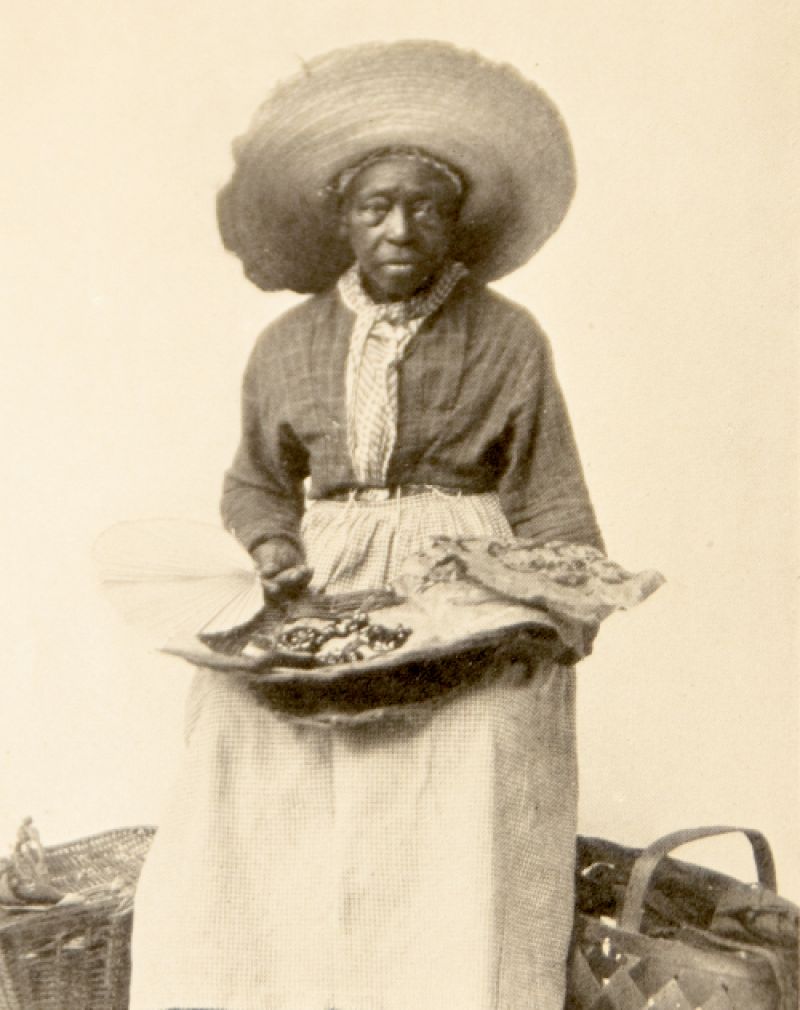 Today, shrimp and grits, she-crab soup, and frogmore stew are considered iconic Charleston foods, but a century ago, the Lowcountry was known for the groundnut cake. When Carolina expats dreamed of returning to Charleston, this candy came to mind. The treat’s popularity was even celebrated by The Evening Post in 1905:

But what did they taste like? Modern-day re-creations vary. Some are as simple as straight-up peanut brittle, while others—like a version offered by Matt and Ted Lee—are more refined and buttery. Still others are akin to hard candy with nuts. All contain parched peanuts and either molasses or brown sugar. But a visitor to the 1902 Charleston Exposition supplies a missing dimension, noting to the Winston-Salem Journal that the cakes were “highly flavored with lemon peel.” There was a citrus tang to complement the bronzy sweetness and roasted crunch.

The groundnut vendor,  often an older woman who, according to a 1911 News and Courier article, was “neatly dressed, her head gaily turbaned, a clean kerchief crossed over her bosom,” would appear on the city streets in the last week of February or the first week of March. In good weather, sellers could be found stationed on shaded street corners, sitting on three-legged stools from 9 a.m. until dark. On their laps lay round platters topped with brown butcher paper, on which they displayed their wares.

For close to 50 years, the price of a groundnut cake remained the same—a penny. As was perhaps inevitable, a gentrified, white-folks version was developed and found its way into later editions of Sarah Rutledge’s landmark The Carolina Housewife. These modified peanut tartlets were far too costly for street consumption. Furthermore, as observers of street food noted, the cakes were traditionally sweetened with molasses, while Rutledge’s version called for sugar. An 1895 News and Courier reporter elaborated this point: “It has been asserted that these vendors of sweets go down on the wharves, where the molasses hogsheads and casks are being unloaded, and scrape up such of the molasses as chanced to leak out or overrun, straining it for use in their confections. Be that as it may, the groundnut cakes are delightful, crisp and wholesome, the syrup boiled to just the right consistency, the nuts selected with care.” The final product was small and round and regarded by the The Evening Post as “Charleston’s greatest charm.” But when government health inspectors cracked down on the Holy City in 1918, the groundnut cake ladies and their wares were attacked as unsanitary, and the treat declined in popularity.

There is hope for a modern rebirth of the snack’s popularity. The Carolina African runner peanut, the standard Lowcountry peanut until early in the 20th century, is smaller, oilier, and more flavorful than other varieties, particularly after pan parching. After an 80-year hiatus, the Carolina Gold Rice Foundation is bringing this nut back into cultivation—which means in the not-too-distant future, we should be able to once again taste the groundnut cake in its original splendor. 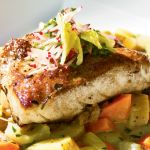 Fish can be tough for the home cook to master—in part because it’s difficult to know when it’s done. Kevin Johnson, executive chef at The Grocery, says the secret to perfecting this healthy protein lies in pan roasting. 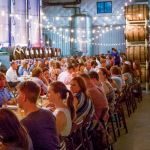