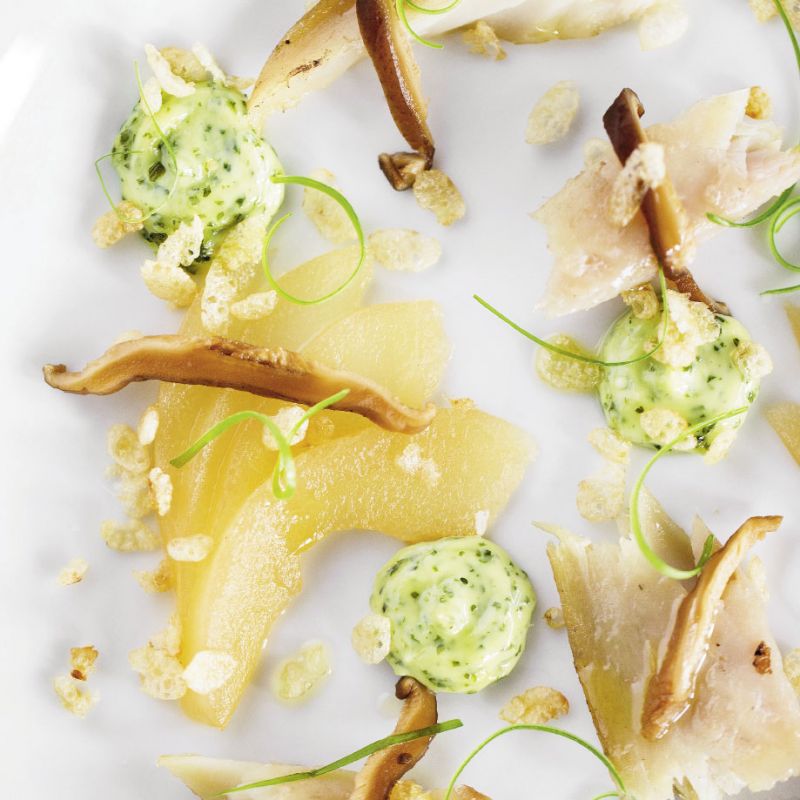 THE DRAW: Indulge in upscale, creative food without the fine-dining pretense.

Go for the bread—big, crusty sourdough pretzels; soft biscuits shortened with beef fat; and corn bread, which Spero serves with a burnt-honey miso butter that may be the best thing since Sean Brock started blending lard into the butter down at Husk. The trio comes as a flight, each offering bedecked with its own fanciful combination, whether ham and mustard butter for the chewy pretzel or horseradish crème alongside the fluffy beef-tallow biscuits. When the friendly server, often the owner, ambles out from behind the bar, it should be your first order.

It doesn’t take long to peruse the diminutive menu. It’s as compact as this shoebox of a space shadowed by the I-26 interchange just to the south. Cars whiz by on their way downtown or to Mount Pleasant while chef R.J. Moody and partner Rob Laudicina push towards culinary innovation. Housed in the former Hello My Name Is Barbecue spot, Spero offers a casual dining experience where the food takes center stage. The digs are minimally appointed, which fits the profile just fine. You don’t come to Spero to be seen. You don’t care what the chef’s name is. You don’t eat food that a server spends 15 minutes describing.

However, Moody and company certainly have chops: The chef is Culinary Institute of America-trained, and both partners are veterans of the local food and beverage scene, most recently working together at Pearlz Oyster Bar. The menu changes constantly, and the influences are wildly varied. Think a single charred octopus tentacle floated atop soft potatoes and striped with tart, green chimichurri sauce. Or sticks of broiled eggplant, halved and golden, swimming amongst random scattered cubes of red beets pickled with cumin. Order the “Mexican Street Corn” and you get a plateful of charred kernels cut from the cob, slathered with chili-spiked mayonnaise, and buttressed with fresh farmer’s cheese sprinkled atop.

This summer, there was watermelon served with raw-seared beef slices and basil. The deviled egg got its kick from Thai curry paste and was served with a shard of fried chicken skin. The less adventurous could find solace in a dish of ripe cherry tomatoes, rolling amongst fresh-pulled mozzarella and the sweet, sharp tang of pickled peaches. It may not have been the most satisfying mozzarella ever pulled in this city, but it represented an honest effort to push the boundaries of how casual dining might be defined, questioning whether fine cooking can only be experienced in the realm of white tablecloths and tinkling crystal.

Perhaps what we need is exactly what Spero doles out: half a roasted chicken with potatoes and charred cabbage for $17. A boneless short rib with broken Charleston Gold rice and the prune-tinged heat of ancho chile for $18. We need more places that serve up sandwiches like The Korean, a fantastic mouthful of kimchi, slow-roasted pork, and pickled mustard seeds that pop in the mouth ($9), or Lamb Barbacoa, punctuated by the sharp bite of lemon-pickled jalapeño and paprika ($9).

Spero’s probably not where you’ll take your wife for your 25th anniversary, but it may be the most innovative kitchen in town at the moment. Let’s hope they keep it as low key and approachable as the neighborhood demands, with a price point that makes a delicious take on this new cosmopolitan Charleston accessible to all. 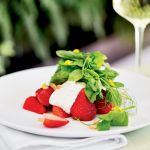