On the prowl for this potent South American fish marinade 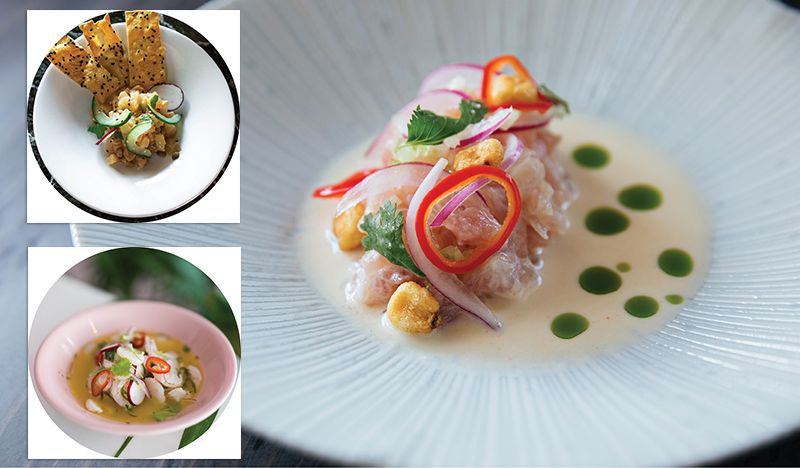 Peruvian ceviche is an audacious cousin to the dainty dice of lime-cured fish and avocado relished by sea-foodies, and a handful of local chefs have introduced this saucy number to their menus. The South American dish boasts generous fish chunks emboldened by a spicy, citrus marinade known as leche de tigre. With a depth of flavor from blending lime juice, fish stock, chiles, onion, garlic, and cilantro, this acidic emulsion not only “cooks” the fish but delivers a bright pop of flavor when spooned up from the bowl or sipped from a shot glass (as is common in Peru). Traditionally regarded as an aphrodisiac, the potion earned the name “tiger’s milk” for its supposed boost to male virility. Its high concentration of protein and electrolytes may also take the bite out of a hangover. Some even mix the liquid into a beer or tequila cocktail—hair of the tiger, anyone?

“Leche de tigre is high-acid, intense deliciousness,” says executive chef Shamil Valezquez, who grew up eating ceviche in Puerto Rico but didn’t encounter this marinade until college. “At home, I drink it in a little shot glass, but I don’t know how Charleston would take to a shot of fish liquid,” he laughs. Delaney Oyster House’s “more user-friendly version” begins with a simple base of lime juice, ginger, salt, and sugar from which the chef builds fresh variations, such as his tangy buttermilk-inspired take or recent riff amping up the vibrancy of the humble carrot. For spring, the James Beard-nominated chef is tossing about the idea of a green pea version. No matter the marinade, Valezquez always prefers to prepare ceviche with a low-activity fish (i.e., one that doesn’t swim around much, resulting in less fat and a milder taste) such as flounder, which soaks up that flavor like a sponge.

“I like to be intentional and unapologetic when using spice,” says chef Tommy Begnaud, whose Louisiana roots lay the groundwork for his signature Cajun-inspired cuisine. At East Cooper steakhouse Butcher & the Boar, the snapper ceviche delivers heat by way of fire-roasted yellow and red bell peppers, pickled habanero chiles, and a touch of sambal (a fiery Indonesian chile paste). To act as a counterpoint to the burn, Begnaud uses a sweet leche de tigre cocktail of lime and pineapple juices, sugar, and creamy coconut milk. “We’re not shy about covering the snapper in generous amounts of leche de tigre. After plating the fish, we pour any remaining sauce on top and encourage guests to sip it all up.”

Cuban American chef Tomas Prado first encountered this milky marinade while in the Miami kitchen of Daniel Boulud’s now shuttered DB Bistro Moderne. “I worked there with an amazing chef from Peru who taught me the way to make traditional leche de tigre. To this day, his ceviches are the best I have ever tried,” says the classically trained chef, whose CV includes a two-year stint at popular South Florida take-out spot My Ceviche. At the casual West Ashley eatery that he owns with his wife, Lynda, Prado punches up the marinade for his Gulf shrimp rendition with orange juice and fresh ginger, creating a sweet heat that has patrons tipping back their bowls to slurp every last drop. 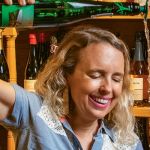 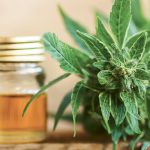 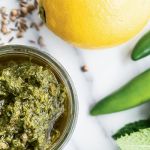