The Japanese pepper spicing up menus all over town 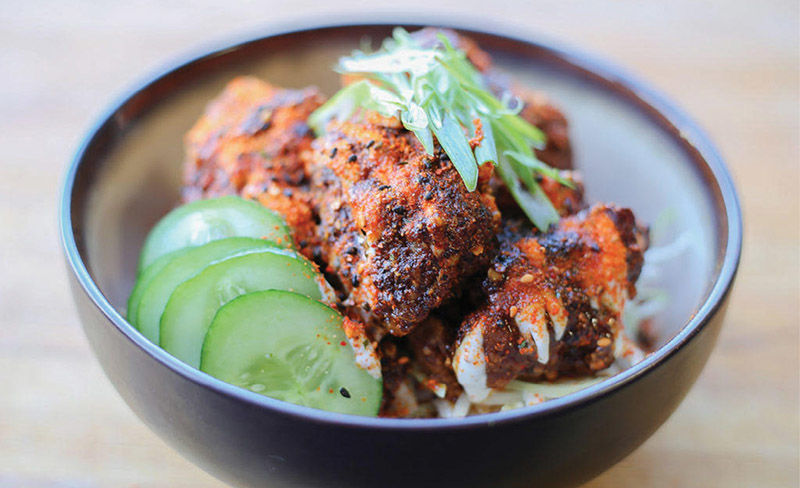 Though it was first blended by Chinese herb merchants in the 17th century, shichimi togarashi (seven-color chili pepper) is known today as a Japanese spice mixture, pleasing on both the eyes and palate. The ingredients most often include red chili pepper, chenpi (sun-dried tangerine peel), sesame seeds, green sanshō (the Japanese version of the Szechuan peppercorn, made from prickly ash tree berries and bearing lemony heat), ground ginger, poppy and hemp seeds, and nori. This table condiment, which typically comes in a vial-like bottle, is an everyday essential in Japan—as common as salt and pepper—and has been making its way onto Charleston menus of all culinary stripes. 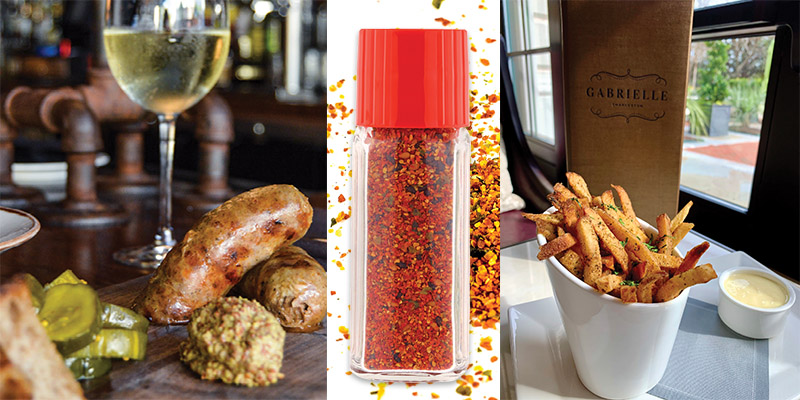 (Left to right) House-made togarashi cheddar bratwurst at The Macintosh; Nanami togarashi contains the same spices as shichimi, with a higher ration of orange peel. Get your stash at H&L Asian Market; Shichimi togarashi pommes frites at Gabrielle

The Macintosh 479-B King St., themacintoshcharleston.com

Bratwurst, a German sausage that dates back to the 14th century, is often infused with caraway, nutmeg, ginger, and sometimes, depending on the region, coriander and cardamom. “A brat takes on spice really well,” notes chef-partner Jeremiah Bacon. That’s how the Japanese pepper blend wound up in The Macintosh’s togarashi cheddar bratwurst—one of 15 house-made sausages that appear on regular rotation. Spot the seasoning elsewhere on Bacon’s ever-changing menu, from an infused Banyuls vinaigrette to charred carrot and togarashi purée.

“I had togarashi for the first time at a ramen shop,” shares chef Shuai Wang. “It’s always on the table if you want to spice up your broth.” At his Park Circle restaurant, Wang uses the pepper mix to add heat without overpowering flavor. His Sichuan hot karaage—a cross between Nashville hot and Japanese fried chicken—is coated with a special flour blend (that includes katakuriko, Japanese potato starch) to ensure a crunchy exterior. Then he douses the morsels in chili oil and “Filly sauce” (a version of Alabama white barbecue sauce) and finishes with a healthy showering of piquant togarashi.

“Hiroyuki Tsujita, a fourth-generation artisan, creates the togarashi we use at Gabrielle,” says chef Michael Sichel. Tsujita’s blend features takanotsume (hawk claw chili), an heirloom pepper native to Japan “prized for its aroma and elevated heat,” Sichel adds. At Gabrielle, Belgian frites get dusted in togarashi and served alongside another Japanese ingredient, koji—most commonly used to ferment soy sauce—which is mixed into an umami-forward aioli. 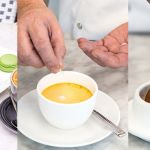 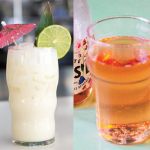 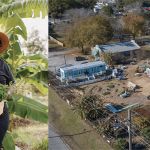 Meet the farmer and visionary who founded Fresh Future Farm, a nonprofit farm and grocery store, to serve a food desert in North Charleston’s Chicora-Cherokee neighborhood