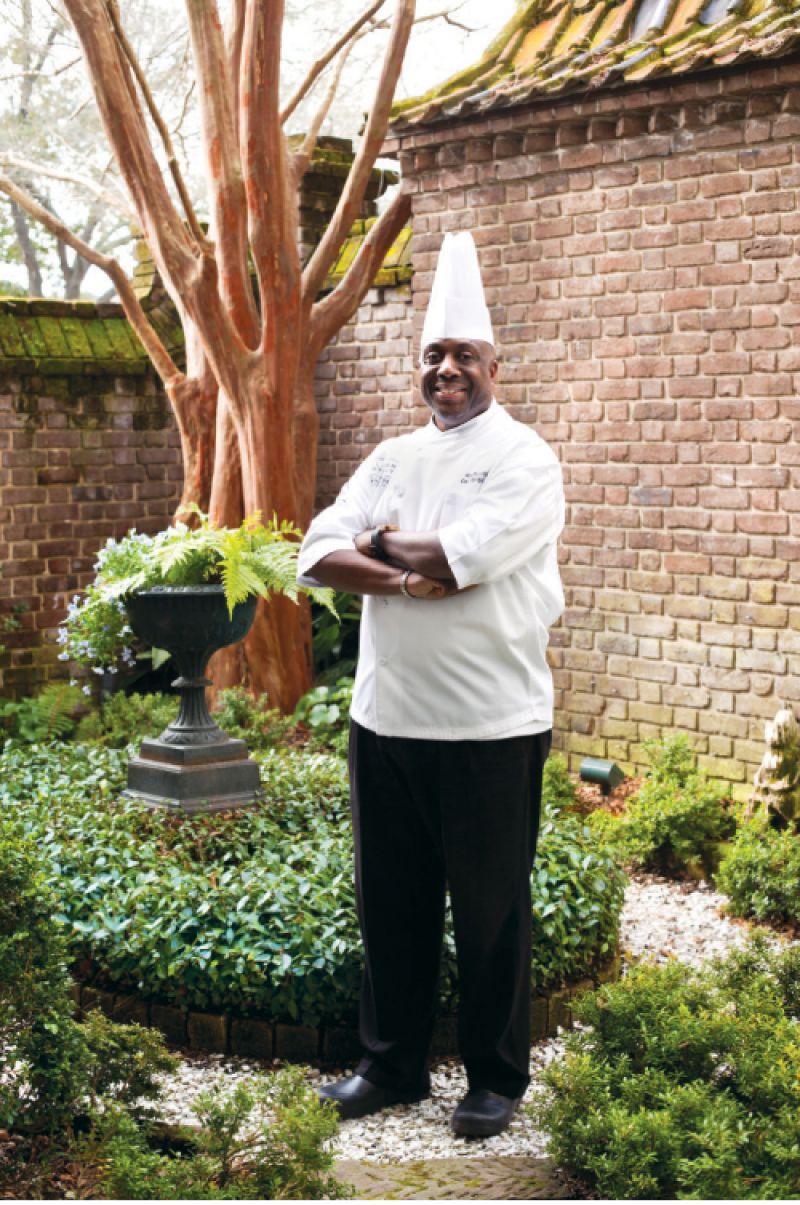 In April of 1865, Nat Fuller, an African-American cook and caterer, celebrated the end of the Civil War with a groundbreaking banquet at The Bachelor’s Retreat, his own lauded Church Street restaurant. In a time when local patrician William Heyward wouldn’t dine at the Charleston Hotel because he felt “the negro waiters [were] so defiant and so familiar in their attentions” (Black Charlestonians: A Social History, 1822-1885, Bernard E. Powers Jr.), the forward-thinking Fuller envisioned and executed a gathering of men both black and white, including newly freed slaves, former slave owners, and Union soldiers, all brought together in the spirit of reconciliation for a fine feast. The guest list did not survive, nor the bill of fare, but a century and a half later, locals are celebrating the 150th anniversary of the war’s end with a modern-day reenactment of the revolutionary fête.

University of South Carolina professor and historian David S. Shields first proposed a reprise of Fuller’s reunification meal in a Charleston magazine feature (“Charleston’s First Top Chefs,” December 2013), and since then, he and a committee of volunteers have been hard at work planning the invitation-only event. On April 19, the festivities will commence with cocktails and hors d’oeuvres at the Charleston Renaissance Gallery, located in the same building where The Bachelor’s Retreat once was. The guests—80 citizens of various ethnic backgrounds, chosen because they exemplify Fuller’s own culinary and social ideas—will then proceed to McCrady’s Long Room for an authentic dinner built around the ingredients and techniques that characterized Fuller’s cuisine.

The chefs crafting the fare will be a cast of sorts, with personal chef and caterer Benjamin “BJ” Dennis turning out the hors d’oeuvres and assuming the role of Tom R. Tully, Fuller’s apprentice and eventual culinary heir. Kevin Mitchell, a chef instructor at the Culinary Institute of Charleston, will act as Fuller, producing dishes based on Fuller’s surviving notes. And Sean Brock, chef and partner of Husk, McCrady’s, and Minero, will work alongside them in the kitchen, preparing a fish course featuring two types of fish and shrimp pie.

As was customary in Fuller’s day, dinner will be served in the Russian style, meaning silver platters and service at the table. Seven courses will encompass 31 preparations of 19th-century favorites, including turtle soup, capons, aged duck, venison chops, partridges, and Charlotte russe. Vintage-inspired cocktails, such as brandy smashes and mint juleps, will complement the historical fare, as Nat Fuller was also an acclaimed mixologist. (To learn how to mix your own version of a Fuller-inspired sip, visit charlestonmag.com/brandy_smash.)

Along with celebrating the flavors of the past, the dinner will pay homage to the legacies of African-American chefs in Charleston, who birthed much of the Lowcountry’s distinctive cuisine. Like Shields, Mitchell has extensively studied the histories of local black chefs in Charleston and knows the territory well. “Their stories have long been an interest of mine, and there is a refinement of their cuisine that hasn’t always been recognized,” he says.

Due to Shields’ vision, Brock’s commitment to culinary heritage, and Mitchell’s and Dennis’ devotion to honoring ancestors who came before, locals will once again come together to toast the end of the Civil War and the citizens who attempted to stitch the local community together in its wake. And of course, there will be glasses raised to Nat Fuller, a man who dared to stand up and imagine a world without the castes that have so often divided this place called Charleston.

We caught up with the pastry chef, who turns out delicious sweets at FIG and The Ordinary, on her love of vintage desserts and why she’s raising her son by the sea 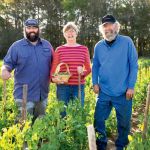