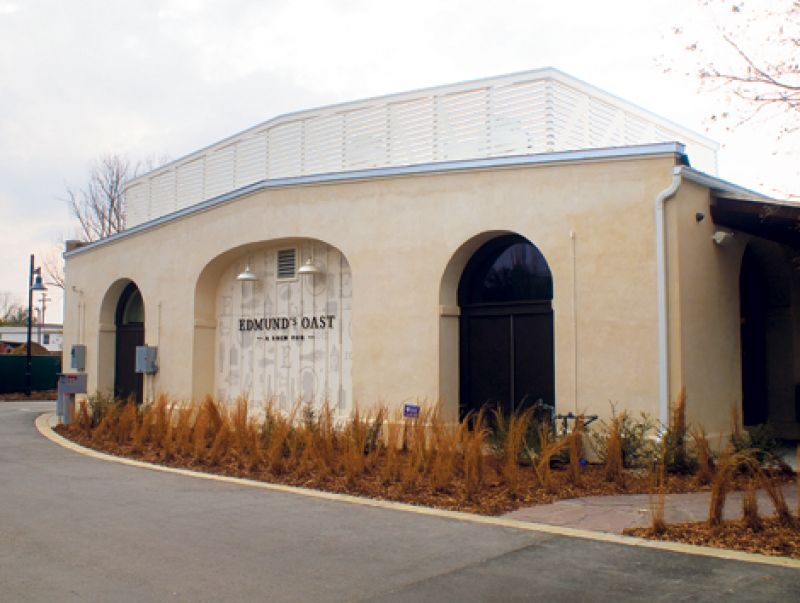 Edmund’s Oast
We know one beer aficionado who has been to Edmund’s Oast, the new Morrison Drive brew pub, seven times, and the restaurant has only been open a little more than a month. Such is the zeal the beer nerd set has for this upper peninsula addition. Beverage manager and brewer Cameron Read plans to have a dozen house-made brews on tap once Edmund’s is running at full capacity, but guests can already try a handful of flavors, such as their Golden Child and Lord Proprietor’s Mild, as well as more than 40 other varieties. On the menu, we’re loving chef Andy Henderson’s Carolina Gold Rice heritage chicken porridge as well as the guinea hen. With the patio now open, a perfect pairing is an Evil Twin Hop Flood with a plate of pickled shrimp on EVO Bakery rye bread with aioli. edmundsoast.com

The Park Café
Long held as a kiss-of-death location, 730 Rutledge Avenue’s spell may finally have been broken when owner Karalee Nielsen Fallert opened The Park Café in mid February. What was once Granville’s, then Biggie’s Gastropub, has now been transformed into a clean café, complete with a wall of indoor plants, to-go items, and an espresso station, perfect for Wagener Terrace neighbors who previously lived in a coffee shop desert. Offering breakfast, lunch, dinner, and brunch, Fallert has kept the menu simple with classics like avocado on toast and shirred farm eggs in the morning. For dinner, we suggest the braised shortrib “steak,” preferably with a side of their delicious creamy kale, or the grilled butifara served with pork sausage, white beans, rapini, and salsa verde. Find The Park Café on Facebook.