At Home on the Farm

At Home on the Farm
October 2010
WRITER:
Harriet McLeod
Raised to live off the land, Louisa Moore nets all manner of nature’s goods on her historic north Mount Pleasant property 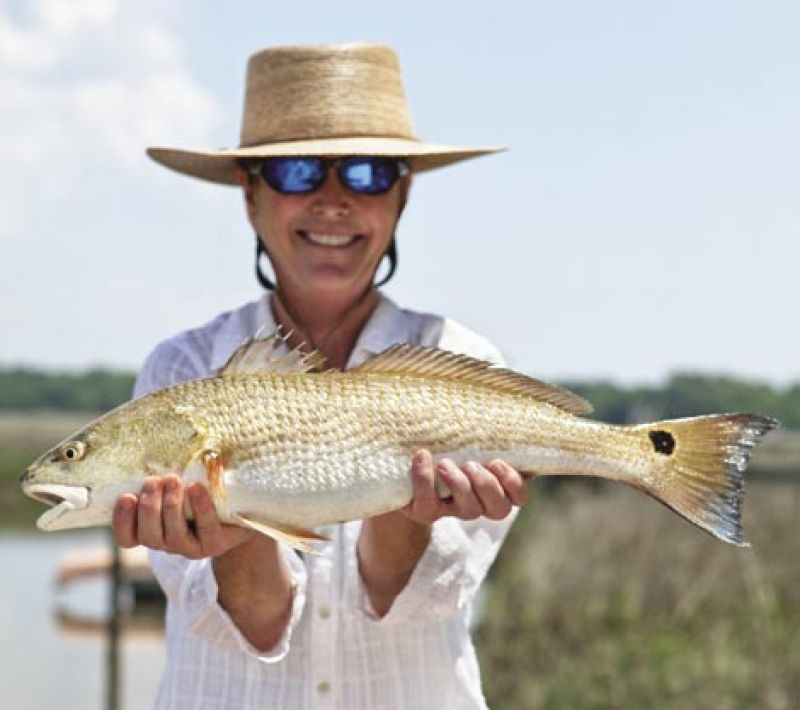 “My father always carried a good knife, a handkerchief, and a walking stick,” says Louisa Moore, pointing to the latter by the door, made from an Osage orange tree. “He slept outside on a sleeping porch, especially in the winter. As I get older, I see myself becoming more and more like him. I’d always rather be outside than in.”

Most mornings, when the tide is low, she’s wading knee-deep in the creek, casting for shrimp and hauling in her catch in baskets. She brings in crabs, too, plus bass and bream from the two ponds. Back on land, there’s garden upkeep (she’s surrounded the house with indigenous plantings from around the farm) and her Calamondin orange trees, but the real work is down a service road in the kiwi grove. “We get thousands every season—more than I can keep up with, but I gather what I can,” she says, looking out over three acres of vines on the eastern edge of the property. “We really do live off the land as much as we can here.”

“Here” is a bit of a haul by Charleston standards, up 17 North past the neat and tidy ’burbs of Mount Pleasant and nearly bumping up against Awendaw. It’s a rural 600-plus acre parcel of hardwood and pine forest that Moore caught wind of in 1997 and, together with a handful of others, bought, divvying up a portion into just over a dozen lots. The rest—more than 500 acres—they put under a wildlife conservation easement, which they’ve since cultivated to be a healthy refuge for native wildlife, from deer to wild turkey, nesting turtles to migrating birds.

KEEPING HOUSE
Louisa’s slice of land is a plum parcel perched on a tidal creek close to the headwaters of the Wando River. “When I built here, I wanted a place that could accommodate everyone, indoors and out,” says Louisa. “The plan was always in flux, changing by the day, but the goal was always to build a house that would welcome friends and family.”

A self-described hunter and gatherer, Louisa found many of the materials for the three-bedroom main residence, guesthouse, and pool house herself, hand-selecting a variety of natural stones like slate and travertine, antique heart-pine flooring from Orangeburg, and walnut, cypress, and oversize, rustic pine columns and beams from Camden. (The beams are smudged with old paint or wallboard mud and rippled with milling marks. “One reads ‘SGM Gates,’” she says. “I’ve never bothered to look that up, but I left it just like that because those are my son Sam’s initials.”)

The resulting pad is a gathering spot, indeed. Today, Sam, 28—having just returned home following completion of his master’s degree at Johns Hopkins—  and Will, 21—a senior and soccer player at College of Charleston—fish, swim, and hunt the land right alongside their mom. “Louisa,” they call her, rattling her name off so quickly it sounds like “Weeza.” Their pals and hers are always welcome—most kick off their shoes outside the big mahogany doors and dive into whatever’s going on at the farm.

FIELD & STREAM
Drop-in visitors and action aside, you could say that life on this farm is the updated, East Coast version of the one where Louisa grew up. “You didn’t run into town to buy tomatoes—you waited until yours were ripe,” she says of her rural upbringing along the western brow of Lookout Mountain in Tennessee. “My father always had a garden and made use of everything he came across on the mountain. If he was going to cut down a tree, he was going to use the wood. If he was trapping a groundhog that was eating his tomatoes, you can be sure he’d skin that animal and at least see what it tastes like,”
Louisa laughs.

Today, she fills the supper table with crab, quail, venison, even the mullet that turns up in her shrimp nets—“A friend told me recently how to clean these to cut the oily, fishy taste,” she says. “So I smoked it with a bit of cherry wood and it was the best thing you’ve ever had.”

Says Ned: “I was raised in the Charleston shipping business, and at the port, every day came with a different job—there was a different ship coming in, and you never knew what you’d be doing. Out here, it’s the same thing, just a hell of a lot more fun. There’s a lot of work going on at this farm. But the reward is this,” he finishes, looking out over field and forest, quiet shaded roads and still ponds.

Louisa smiles. “I have given my heart and my soul and my sweat and my tears to this place because I love it, and I want to—it’s in my blood,” she says. “This is all I do, and I love it.” 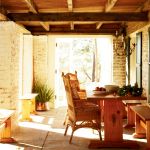