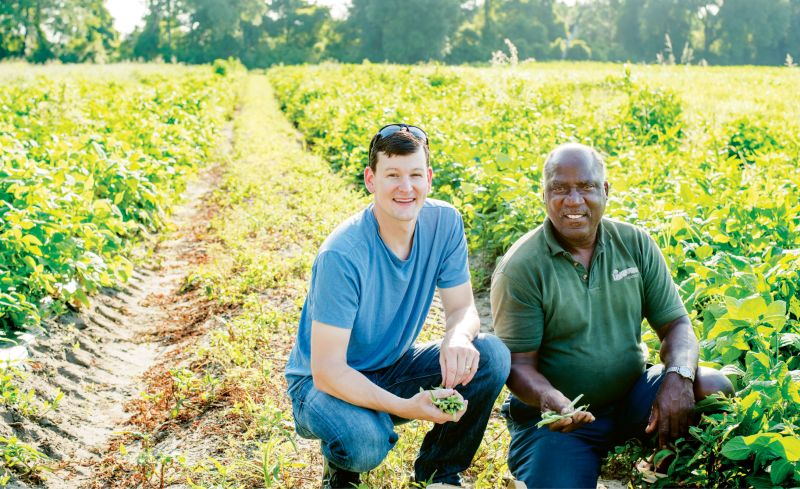 First F&B gig: “Mike Lata hired me as a pantry cook at Anson in 2000. I had no experience—I’d actually applied for a position as a server!”

Recipe he’ll never share: “My trademarked Cement Pickles. It was my great-grandmother’s.”

Growing up in the little South Georgia town of Glennville, chef Trey Dutton spent many a day in his grandmothers’ kitchens. He learned to put up seasonal produce, like summer green beans, to be enjoyed year-round and to be shared with friends and neighbors. Two years ago, he brought that mentality to his own artisan preserves and pickles company, Southern Keep.

While experimenting with recipes for Southern Keep, Dutton, then based in Bluffton, first met John’s Island farmer Joseph Fields. “I’d drive 45 minutes to the Beaufort Farmers Market,” the chef recalls, “because his produce was so much better than anything I was able to get where I was working.” Today, Dutton serves as culinary operations director for Hominy Grill and Chick’s Fry House, and he continues to source Fields’s organic fruits and vegetables, available at Fields’s 50-acre farm and at local farmers markets six days a week.

Selecting a favorite from Southern Keep’s product list, Dutton shares a quick version of his Spicy Pickled Green Beans. Combining the beans with simple ingredients—dill, garlic, white vinegar for clean acidity, Tellicherry peppercorns, and habanero peppers for a little kick of heat—enhances the true taste of the season instead of muddling the beans’ fresh sweetness.

His tempura green beans “merge the flavors I knew as a kid with the culinary technique I learned on my path to chefdom,” Dutton notes. They’re addictive, “due to the crunch of the light yet super-crisp batter, the veggies’ explosive fresh flavor, and the smoky earthiness of the sherry-bacon vinaigrette.”

Dutton’s green bean salad with citrus-herb vinaigrette adds some sparkle to summertime tables by combining farm-fresh green beans with bracing citrus and ginger and a trio of brisk herbs. It’s a great base salad that welcomes almost any topping you have on hand.

What qualities should one look for in summer green beans? “Coming straight from his farm, you know that Joseph Fields’s green beans are always crisp and bursting with bright flavor,” Dutton says. If you don’t know the source, he suggests tasting them raw. “Make sure the skin isn’t too tough. If you’re still chewing after the flavor dissipates, those beans are best suited for stewing down with a ham hock.”

Wash your green beans under cold water as soon as you get them home, he says. Pat them dry and refrigerate them in an open-air container. If they begin to lose their snap, soaking them in ice water will bring it back. 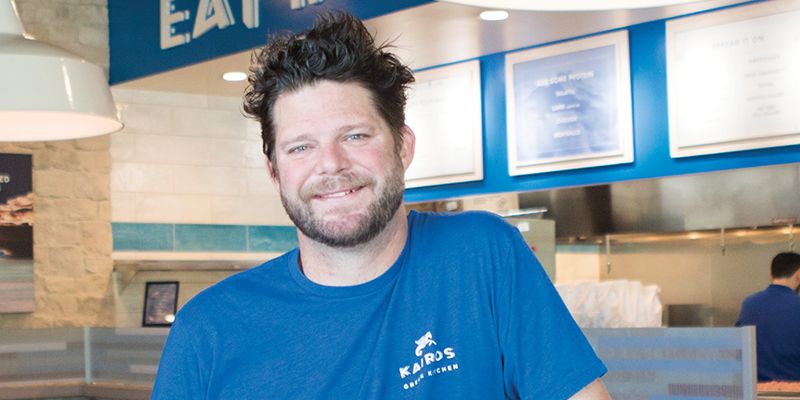 After a 12-year run at Lana Restaurant, the Charleston native traded fine dining for fast casual at Kairos—but his...

One way to beat a damp, chilly night? Slurp up a steaming bowl of pho (pronounced “fuh”), the traditional Vietnamese...

How a former Charleston Grill cook and a real estate worker switched to trading in cheese at Burden Creek Dairy LLC...