Ask Ken Vedrinski, chef/owner of the popular restaurants Trattoria Lucca and Coda Del Pesce, his plans for an assortment of winter squash, and he replies, “I take what the farms give me, treat it with perfect technique and simplicity, and let what nature created speak.” Sometimes called “poor man’s pork” in Italy because they are so versatile, butternut, kabocha, buttercup, delicata, and Hubbard varieties can all be stars in the dishes Vedrinski selects to showcase their charm. “They’re naturally sweet,” he says, “and each has its own flavor profile.”

At Vedrinski’s oceanfront Coda Del Pesce, the secondo of swordfish and winter squash braciole would be a standout, as the chef takes a traditional meat dish and wraps the filling with fish. “The fat content and density of swordfish lends itself to the squash to create something with hearty elements perfect for cooler months,” he says.

Harvested in late summer or early fall and requiring excellent drainage as well as low humidity (because it’s prone to rot and mildew), winter squash is not a native Lowcountry crop. Still, Vedrinski sourced varieties from Rosebank Farms proprietor Sidi Limehouse, one of few growers in the area. (Find Rosebank Farms produce at its John’s Island stand, at the John’s Island Farmers Market, or at rosebankfarms.com.) Look for squash that “feel heavy and solid, with unblemished skin and stems that aren’t dried out,” the chef advises. Store them in a cool, dry place, refrigerating them only after they are cut.

Dishing It Up with Chef Ken Vedrinski 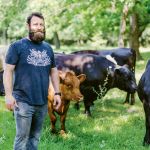 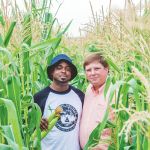 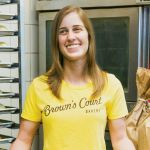