Rooms With a View

Rooms With a View
July 2009
WRITER:
Melissa Bigner
A panorama of marshscapes illuminates the Ashley River abode of Doug Warner and Truman Smith. 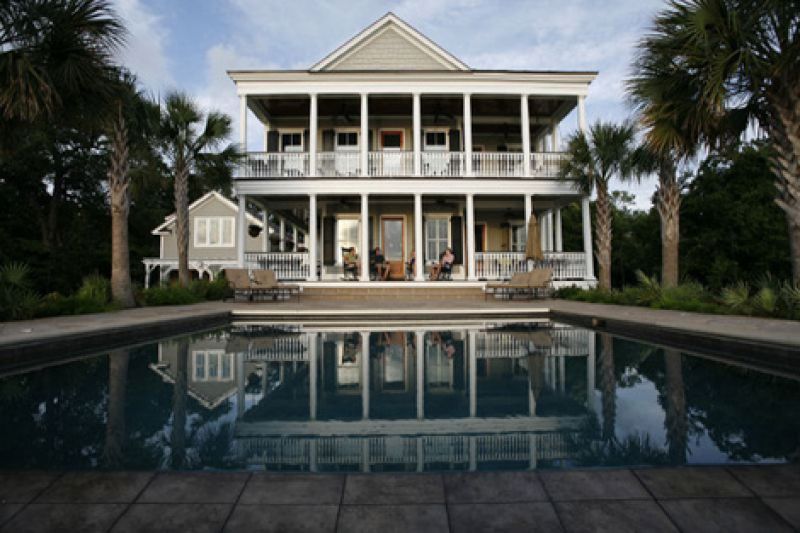 I didn’t find the marsh attractive at all when I first moved here,” says Doug Warner. “I thought, ‘Why would anybody want to live near that?’”

The North Carolina native grins as he says this, because today he’s sitting on the back porch of the two-story
Wagener Terrace home he shares with his partner, Truman Smith, and just beyond the two of them, a sprawling swath of shaggy golden reeds separates the house from the slate-blue waters of the Ashley River. Thanks to an infinity pool that takes up most of the backyard, from this vantage, the lot verily falls off into the tidal scene.

“But now,” Doug confesses, “I’d rather be here than anywhere else. The marsh changes so much from season to season, and the views….” He pauses before continuing, “The light is always different, the tides change, the birds come and go…it’s very calming. Sometimes in the middle of the night, I’ll get up to just look out over it all.”

It’s a view he came to love over the course of his nearly 20 years in the Lowcountry. Known locally for his engaging skills as an auctioneer (he works pro bono and has helped raise some $8 million to date for everything from Spoleto to Trident Tech), the one-time soldier and Republican activist lived in another Wag-ener Terrace home on the Ashley for years, favoring the waterfront neighborhood’s ideal location (a skip away from peninsula
amenities but not clogged with an influx of visitors or traffic), history, and continual evolution.

Just north of Hampton Park, where the circa-1786 Lowndes Grove plantation mansion resides, where a sprawling 1800s farm once thrived, and where middle-class Greek and Jewish families settled from 1910 to the mid-century, the tucked-away Wagener Terrace neighborhood is a stew of restored (and unrestored) bungalows and colonials. “It has that great character of an older neighborhood,” says Doug, “and one that’s got diversity—young families, older people, black and white folks—it’s not homogenous.”

As for Truman, an Alabama native who moved here from Dallas four years ago, he’s amazed at how friendly Wagener Terrace (and Charleston in general) is. “There’s something nice about being in a smaller community—you always run into people you know; it’s more personal than being in a big city,” adds Truman, who oversees the Texas-based Posey Family Foundation, is president of the South Carolina Log Cabin Republicans, and serves as the board chair of Darkness to Light.

In 2005, the pair embarked on something pretty bold for a couple new to sharing a zip code: they decided to build a house. “Our friends thought for sure we’d kill each other,” laughs Doug. But to them, it made sense; instead of Truman simply moving his things into Doug’s house, they wanted a home they could truly share.

The couple stuck with Wagener Terrace, opting for a piece of marshfront land considered part of the “King’s Grant” property, which can be traced back to early Charleston land grants. Though only about one-third acre of the triangular lot is suitable for building, that was enough for Truman and Doug, who found a house plan they liked by Beaufort’s Allison Ramsey Architects, tore down an existing 10-year-old garage-house, and had friends at Charleston’s Dufford Young Architects modify the plans to frame their singular slice of Ashley River waterfront.

Over the next year, a five-bedroom, four-bath house sprouted up. It’s laid out as straightforward, practical, and cozy as the owners themselves, with maximum views of the water. Entrance is by way of a main hall that leads to a handsome office—“We both work from home, so we spend plenty of time here and in a second workspace upstairs,” says Truman—and a kitchen-meets-bar-meets-family-room area. “Isn’t the kitchen where all parties end up?” he adds. “It is for us. We may not cook much, but we definitely use the space for entertaining.”

Along the back, an expanse of windows and doors—with minimal panes to provide unobstructed marshscapes—makes up the far wall. Beyond that, there lies a deep, wraparound porch littered with rocking chairs and settees that beg for sit-a-spell visits.

Upstairs, the pair sacrificed guest room square footage to add more depth to the master suite, which also sports a nearly unobstructed view over the Ashley and a porch with a hanging bed, known as “the best place to read in the house,” according to Doug. Toss in a spacious dressing room and a steam shower with a tile floor that mimics a mosaic pattern the well-traveled pair saw abroad, and it’s an enviable set-up. Interior designer and friend Carol Lund stepped in to help streamline their look, which features a neutral, masculine palette; dark wood furniture; hand-woven rugs; and natural materials like hides and leather.

But you can hardly begrudge the two, because one, they truly appreciate their home; two, they share it so often with friends, family, and occasionally, charities (thanks to parties they host); and three, Doug and Truman have accented the place with personal touches at every turn. “The house is comfortable whether it’s just us or we’re having a bunch of people over. There’s nothing in it that we feel like, ‘Oh God, that can’t get messed up.’ It’s a place where we live and work and enjoy being with friends.”

Water Lessons
Building on a marshfront, riverside lot demands some savvy designing. Here are a few tips Truman and Doug picked up along the way. 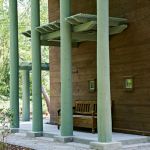 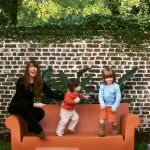