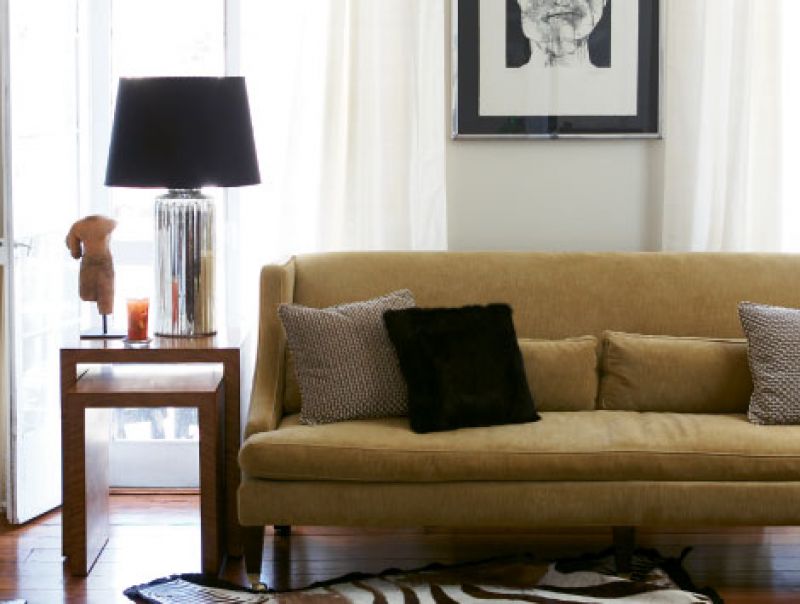 Sometimes meeting another person is the catalyst that sets your life, your lifestyle, and eventually your style itself into evolution-mode. Take Kim and Alex Quattlebaum, for instance. He’s old Charleston and runs a family commercial development business with his father and brother.

Back in 2001, Alex was a confirmed ­bachelor, working and racing historic cars as a pastime, and called a little “man cave” on Weims Court home. Kim was makeup icon Laura ­Mercier’s right-hand gal, and when she wasn’t on the road, the ­redheaded Midwesterner lived in the Jumeirah Essex House, the legendary Art Deco hotel at the foot of New York’s Central Park.

That February, Kim came to Charleston to open the Laura Mercier counter in Saks, and the evening of her first night in town, she took her trainees for drinks at the Vendue Inn’s Rooftop Bar. “I had graduated from sweater twinsets by that point in my life,” laughs Kim, “and I walked into the bar looking like Trinity from The Matrix. I had on a black catsuit, black boots, and a long black ­leather jacket.” It was a look that ­apparently caught Alex’s attention. He walked over to Kim, commented, “If you’re going to ­drink scotch, drink good scotch,” and handed her a 12-year-old Macallan.

Flash forward a few years to their ­engagement, when the couple started house-hunting South of Broad. They had been looking for something airy and inviting, and for a time, nothing they scoped out on the peninsula suited. “We looked at so many grand places,” says Kim, “but they didn’t feel welcoming to us. And then we came here.”

“Here” is a two-story 1867 home on ­Lenwood Boulevard, its façade hung with wide double porches and punctuated with towering French doors surmounted by transoms. It once served as a U.S. Army hospital before being divided in half to create two dwellings. Today, the front door opens into a wide hall and spacious stairwell, off of which smaller rooms cluster two deep. “This place just loved us from the minute we stepped in,” says Kim. My now-brother-in-law was our agent, and he asked the seller if it was haunted (it’s not) because otherwise, why in the world was he ­selling it.”

By the time Kim and Alex moved in months later, they didn’t have much to unpack. As Kim recounts, Alex owned a leather sofa with a matching chair and ottoman—and huge speakers—and ­operated on somewhat of a duct tape philosophy of reupholstering.

She’d been living in hotels for years and was used to turndown service and mints on the pillow, not decorating. But it didn’t take long for Kim’s predilection for “shiny things” (silver vessels, crystal chandeliers, and brass-tinged lamps) and “textures” (furs, hides, velvets, feather bouquets, and high-gloss walls) to meld with Alex’s ­family-born art collection (photos from Uncle Alan Siegel, a nationally renowned collector; batiks from Grandmother ­Lucille Burroughs Quattlebaum; and sketches inherited from his mother) and antiques (like the well-loved kitchen table he grew up with).

Rather than work with a designer, Kim pulled things together on her own, ­following her instinct and her eye. “I put things around,” she says, “and then I look to see if it bothers my eyes or makes me dizzy.” If it looks and feels right, she says, it stays put. When Kim needs backup, she calls on friends, like Leslie Turner and Natalie Naylor. “They aren’t shy about sharing their opinions,” laughs Kim, “so in the ­beginning, I’d paint swatches of color on the wall and ask them to drop in and let me know what they thought.”

Pretty soon, the place was well-­appointed and well-balanced. But by late 2006, married, with one young son and another on the way, things were here and there and everywhere, and Kim and Alex missed what had first drawn them to the home—its light and its openness. So architect Reggie Gibson and his team entered the picture for a remodel. Kim sat at the dining table with Alice Guess (a partner in Gibson Thompson and Guess Architects, who also happened to be a new mom) to sketch out her ideas.

Because the house covers 80 percent of the lot, they had to work with its ­existing footprint and couldn’t add on due to building restrictions. Kim and Alex’s primary goals were to revamp the kitchen, give the floor plan a more natural flow, and integrate the existing backyard dependency.

In the end, the main five-bedroom, ­three-bath house was converted into a ­two-bedroom, one-study, one-playroom, two-sitting-room, one-galley-­kitchen home. The reconfiguration included removing some walls; installing pocket and French doors; downsizing a downstairs bathroom, which donated room to the kitchen; adding square footage to the kids’ room by building out over an existing room; and converting a full bedroom into a dressing area to create an expansive master suite.

In the back guesthouse, which had once served as a kitchen and carriage house, Kim and a girlfriend refinished the ground floor, staining the cement and sealing it with ­epoxy. Contractors ­removed old beams upstairs and fashioned the salvaged antique wood into countertops in the downstairs kitchen and vanities, benches, and more throughout the two-story space.
The recycling continued after the courtyard was dismantled and tradesmen created interior arches in the guesthouse with the cast-off bricks. Huge glass doors were ­installed downstairs, opening onto an outdoor room furnished with a ­Philippe Starck sofa and chair. Inside, some of Alex’s old bachelor furniture found a new lease on life when Kim ­discovered it was perfect for the space.

Two years after the remodel began, the dust finally settled. These days, there are a few lingering projects, but for the most part, the Quattlebaums are back to the welcoming vibe of that dream home they first stepped into. And as for the ­racing and catsuit days? Alex still garners accolades for the occa­sional race, and a hint of Kim’s old Matrix look makes a cameo ­appearance from time to time. But here and now, the ageless 45-year-old sits on an Oriental rug in her sitting room, wearing black velvet boot-cut jeans and ­metallic tennis shoes as her diaper-and-polo-clad two-year-old toddles in and climbs onto her favorite low-slung blue velvet chair. “It’s his favorite, too,” she says, “He loves sitting up there in his milk moustache. Did you see all the crumbs?” she laughs fully besotted, if a little ­bewildered, by the scene.