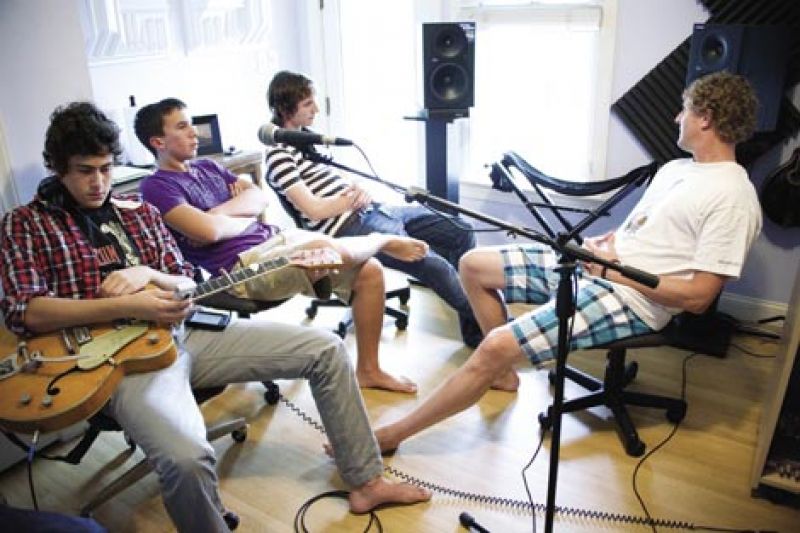 What does a member of a multiplatinum rock band do when the group is on hiatus? Well, if he’s Hootie and the Blowfish guitarist Mark Bryan, he works—both on personal projects and paying it forward. Since Hootie announced the break in 2008, Bryan has become an adjunct music professor at the College of Charleston; served as chairman of Carolina Studios, a music program for at-risk kids; recorded his second solo album, End of the Front; and, in 2009, created Chucktown Music Group (CTMG), a “boutique music company” that offers marketing, recording, production, and distribution services.

Bryan, who divides his time between CTMG’s office and performance space downtown and recording studio in Awendaw, explains that the real focus is on producing and releasing music in innovative ways while helping local and regional acts gain attention. “Exposing the artist is the primary goal,” he says.

That exposure starts at ctmg.us with a free service called “Song of the Fortnight.” Interested listeners simply sign up, and a free song and bio is e-mailed about every two weeks. Past featured musicians include singer-songwriters Danielle Howle and Emily Hearn, teen rock band Minor Effect, and alternative artist Joe Firstman.

In the recording studio, Bryan and engineer Mike Costanzo help develop the musicians’ works and make sure their needs are met. And while the amount of equipment shows that there’s serious work being created there, the mood is friendly and laid-back.

“There’s an amazing amount of talent per capita in Charleston,” says Bryan. “You can go out and see a solid show almost every night. Because of that great, young talent, there really is the potential for the scene to explode.”