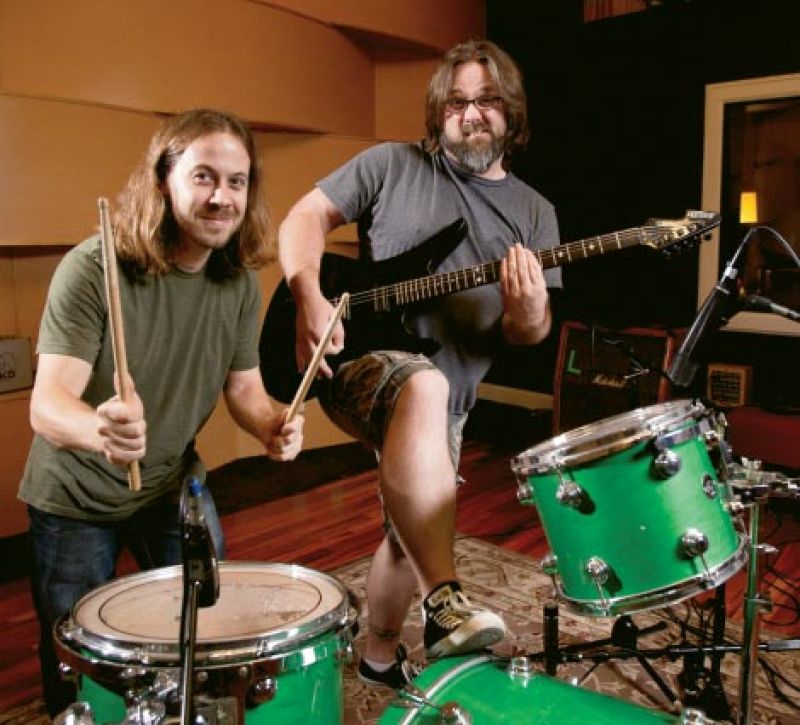 So many times the story goes something like this: an established musician opens a studio so that he has a place to record anytime he wants, as well as a facility with a name attached to attract clients. In the case of local musician and producer Eric Bass, he opened a studio and then found himself in a platinum-selling rock band.

Four years ago, Bass opened his second studio, Ocean Industries, in an industrial park on James Island, where he built his dream space from the ground up. Soon after its completion, Jacksonville-based rock band Shinedown arrived to record and write some songs with Bass. (The band’s rep at Atlantic Records knew of Bass’ talents as a producer and songwriter and suggested they work together.) At the time, Shinedown was looking for a new bassist. Things went so well with the collaborations that Bass was asked to join the band. Bass still tours and records with Shinedown and is currently at work in Los Angeles recording the band’s next album, which will be released in early 2012.

(Left to right) The control room, the main recording studio, and some “Jedi mastering” at Ocean Industries

With Bass away, manager Johnny Diamond, as well as engineers and producers Jeff Leonard and Eric Rickert, offered a tour of the state-of-the-art facility. The main studio is large enough for a full band to set up, complete with drum kit and baby grand. A glass window separates the control room, with its large mixing board and row of guitars and amps hugging one wall. Vocal booths, a mastering booth, and smaller recording spaces round out the studio.

There, an impressive list of local and national acts have had tracks either recorded or mixed, including Madam Adam, Jay Clifford, The Fire Apes, Heyrocco, Gaslight Street, Under the Flood, and, of course, Shinedown. The band’s popular single “Diamond Eyes (Boom-Lay Boom-Lay Boom)” was laid down at Ocean.

Diamond, Rickert, and Leonard give the current local music scene high marks. “It’s a whole new breed of musicians than what we saw even a decade ago,” says Diamond. Rickert agrees, adding, “It’s like a changing of the guard is going on.” They point to needtobreathe and Band of Horses as acts with local roots that have gone on to get signed and cite artists such as Joel Hamilton for continuing to record and release great music.

Discography
Ocean Industries has had a hand in the following: recording the demos that became rock band Madam Adam’s debut album; remixing several songs on The Fire Apes’ current release, A Life in Letters (2011); tracking the drums and remixing Under the Flood’s Alive in the Fire (2010); recording, mixing, and mastering Gaslight Street’s Idle Speed (2011); and the complete recording and production of two songs for Shinedown’s The Sound of Madness deluxe edition (2010).