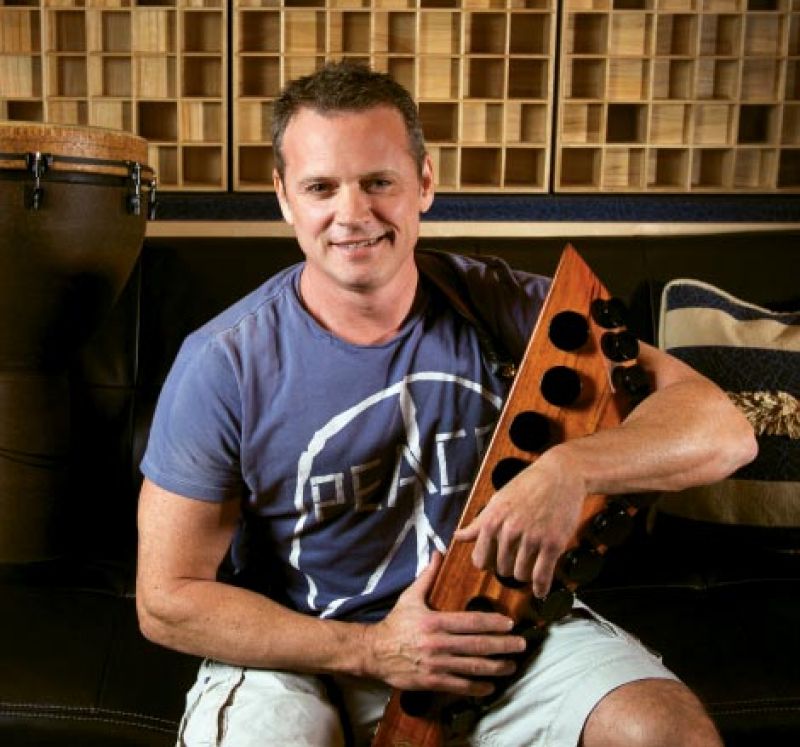 Build it and they will come. That must have been the mantra of Charleston Sound owner and chief engineer Jeff Hodges, who opened the state-of-the-art studio in Mount Pleasant in 2009. The one-time Winthrop music major and longtime musician had already cofounded Nashville’s well-known Love Shack Studios—where he worked with artists such as Faith Hill and Lonestar—and created Caffeine Trax Studios just outside Atlanta—where he laid down tracks for bands including 13 Stories—when he decided to return to South Carolina and settle into Charleston because he saw it as a music-friendly city.

“I’ve always said that you make a million dollars in the studio business by starting with two million,” says Hodges, only half joking. Indeed, stepping past the reception area, its walls ringed with framed photographs and cover art from bands and book authors who have recorded here—from Band of Horses to Jenny Sanford—and into the studio’s inner sanctum, one can see where every dollar went. Hodges worked with well-known studio designer Wes Lachot to help him flesh out the digital and analog hybrid studio.

The control room—which resembles the bridge of the Starship Enterprise but decorated with warmly textured woods—is dominated by the huge main console. What looks like a piece of wooden modern art on the back wall is actually a sound diffuser. It’s the first layer in an intricate series of sound-enhancing elements that allow each note to hit the ears of the engineers just right. “Everything you see in this room has a purpose,” says Hodges. Through a large window off the control room lies the main recording studio, which has gleaming maple floors and a 14-foot ceiling. Smaller sound and isolation booths are nearby.

“We do about 65 percent indie artists, 25 national, and 10 other projects, such as audio books and voice-overs,” Hodges says. Yet, despite his studio’s high-dollar, big-city appearance and capabilities, the producer offers special deals on recording a four-song EP complete with mastering so that even fledgling local acts can have their songs recorded in a world-class facility.  “I’m willing to work with anyone who’s serious about making a quality recording,” notes Hodges.

Discography
Charleston’s own Sol Driven Train recorded its latest release, Watermelon (2011) at Charleston Sound. The following albums are on Hodges’ 10T Records, a progressive rock label he formed with Steve Carroll in 2004: Charleston Sound Presents: I Got Music Vol.2 (2010); Chrysalis (2011) by Man On Fire; Quartus Artifactus (2011) by FROM.UZ, a five-piece band from Uzbekistan; and Kindred (2011) by South Carolina-based Farpoint.