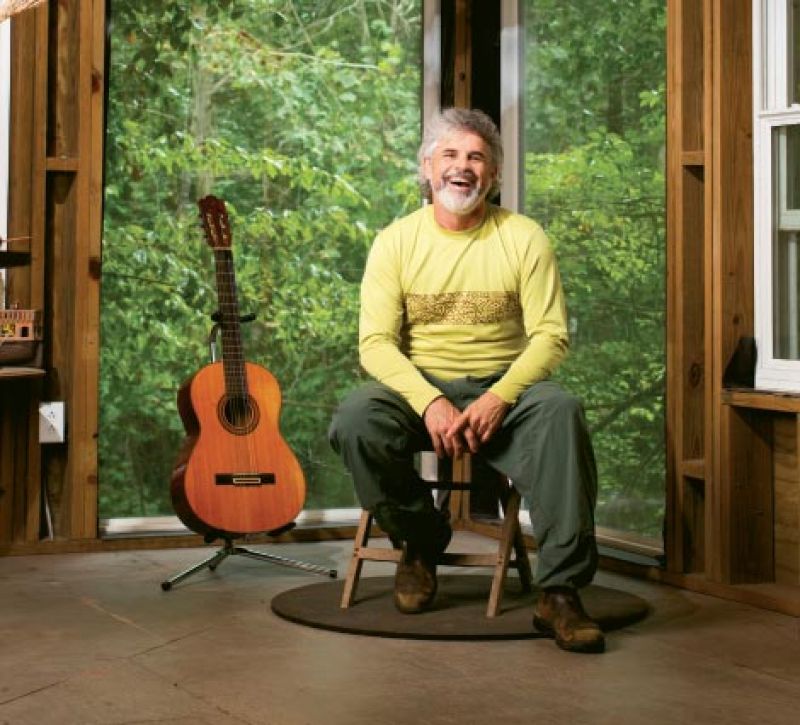 Sure, it’s an unlikely combo: a dentist with a musical green thumb. But when Eddie White planted the seeds for what would become Awendaw Green in 2007, he had no idea that rural plot of land would blossom into a local music community that has helped introduce and produce a bumper crop of new talent.

“I had always wanted some land in Awendaw and found the perfect spot,” says the Mount Pleasant resident. “I bought it with two friends and dreamed up Awendaw Green as a name for a future commercial enterprise.” The musical focus, he says, was born partly due to his son’s band, The Whisperjets, as well as friendships with musicians Mark Bryan, Doug Jones, Danielle Howle, and others.

What started off as a few small house shows and experiments with what White calls “kitchen recording sessions” quickly grew into weekly music showcases, dubbed “Barn Jams,” that had hundreds of people flocking to the Wednesday night shows. Some of the artists who have either performed or recorded at Awendaw Green include Hayes Carll, Webb Wilder, Jeff Norwood, Doug Walters, Travis Allison, Sol Driven Train, and A Fragile Tomorrow.


And while zoning issues forced them to move the jams up the road behind “the good folks at the Sewee Outpost,” says White (and all but stopped recording at the studio), he and his cohorts have more projects in the works. With their remote rig, they’ve recorded many of the Barn Jams. “We’ve found the dynamics of the crowd and space makes for a great live CD,” notes White.

The rig also travels to their “secret spot” deep in the Francis Marion Forest—a natural sound stage set into a beautiful cypress swamp and powered by solar energy. There, artist-in-residence Danielle Howle spearheads the Swamp Sessions Off-the-Grid Sustainable Energy Project, which has recorded songs with musicians, such as Cary Ann Hearst and Edwin McCain, as well as South Carolina Poet Laureate Marjorie Wentworth.

Also on tap: a proposed collaboration with Mark Bryan’s Chucktown Music Group. “The opportunity to work with Mark, who has such a rich musical pedigree, would be a game changer for us and would elevate our efforts and connectivity,” notes White. And this month, look for Awendaw Green jams a little closer to town with its music festival at Patriots Point on November 13.