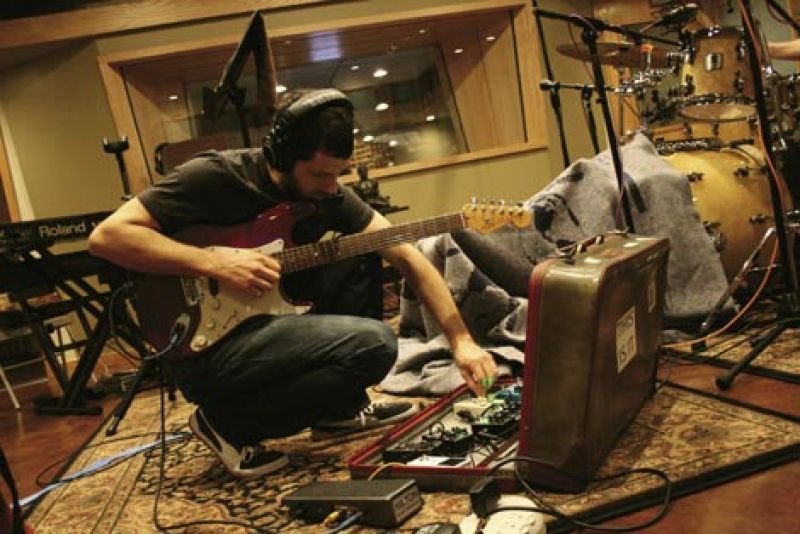 Over in West Ashley, the Lowcountry’s newest studio, Truphonic Recording, is still a work in progress and only open for special appointments. But later this winter, entrepreneur Bruce Freshley will reveal a state-of-the-art facility, capable of recording music as well as audio for television and film productions. Managing the operations are two talented individuals with strikingly different professional backgrounds.

Manager and chief engineer Majeed “MJ” Fick comes to Truphonic with an impressive resume from his time working in Miami. A graduate of SAE (School of Audio Engineering) Institute, Fick worked his way from intern to assistant engineer at the world famous Hit Factory, where he helped in the recording process for Madonna, Lil Wayne, and Mariah Carey. Then he moved on to Lenny Kravitz’s Setai Recording Studio in South Beach, where he gained even more experience on sessions with high-profile artists such as Jay-Z, Big Boi, Timbaland, and Chris Cornell.

Fick picked up Max Berry as an assistant for his natural talents. A Charleston County School of the Arts grad, Berry had recorded and engineered an album for local rap artist Righchus in his bedroom. The sound quality of those homemade tracks impressed Fick enough that he invited Berry to join the Truphonic team.

Current projects for the studio include recording an album for local guitarist Lee Barbour, as well as mixing trumpeter and Charleston Jazz Orchestra artistic director Charlton Singleton’s new CD, which was recorded at Charleston Sound.

Fick says opening the shop was a no-brainer. “I was immediately impressed by the music scene here. I really dig the sense of community—it’s like a little Seattle.”