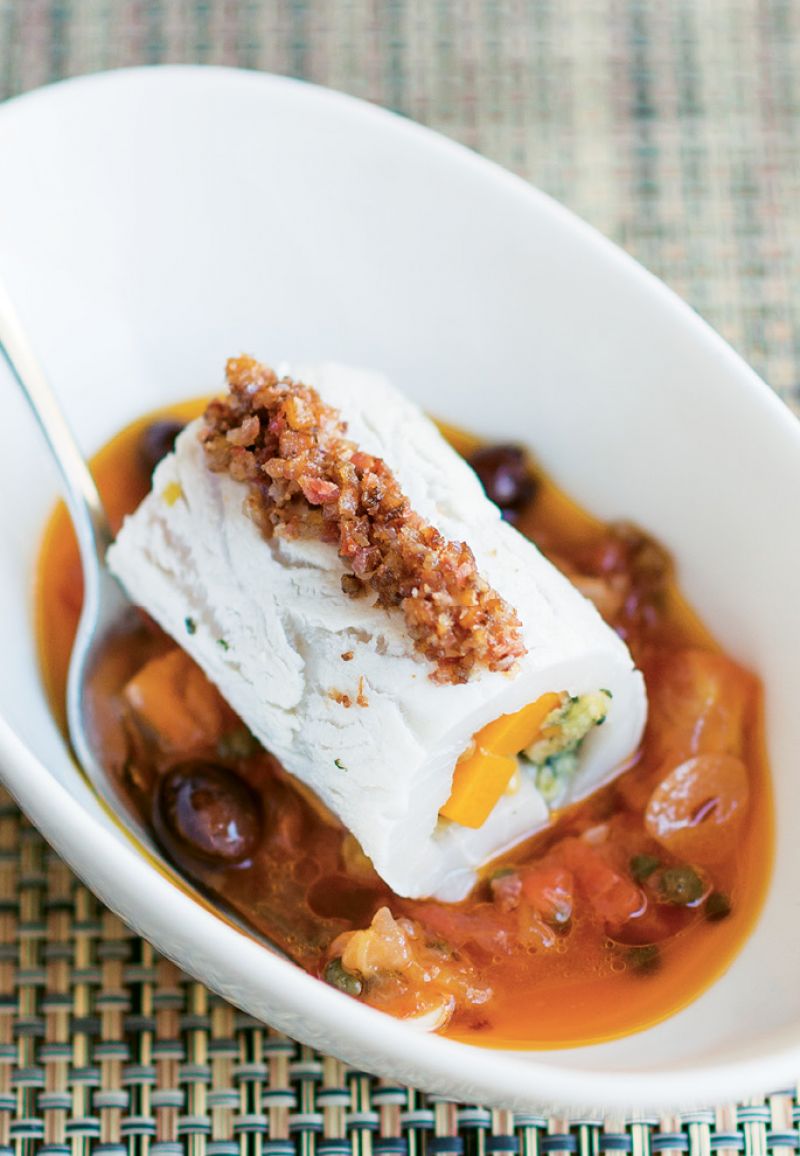 Preheat an oven to 350°F. Rub a Dutch oven with olive oil.

Brown the pancetta in a small skillet over medium heat until crisp, remove, and reserve. Add the onions to the skillet and cook, stirring frequently, until just tender, about three minutes. Crush the tomatoes with your hands into a large bowl. Add the onions and olives and mix well.

Combine the panko, spinach, Parmesan, raisins, squash, pine nuts, garlic, and parsley in a large bowl and mix well. Divide the mixture into four portions and spread them out on each of the swordfish filets. Roll the filets around the filling (see photo). Season the filets lightly with salt. 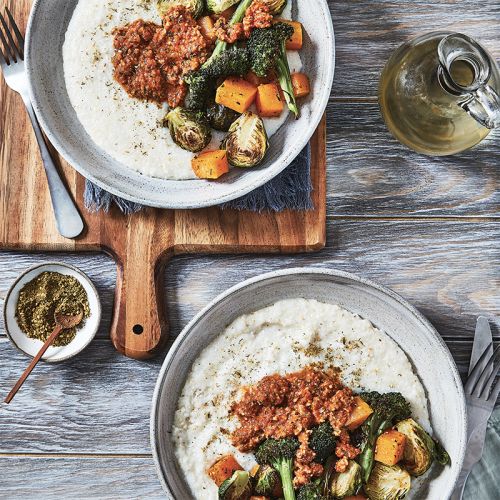 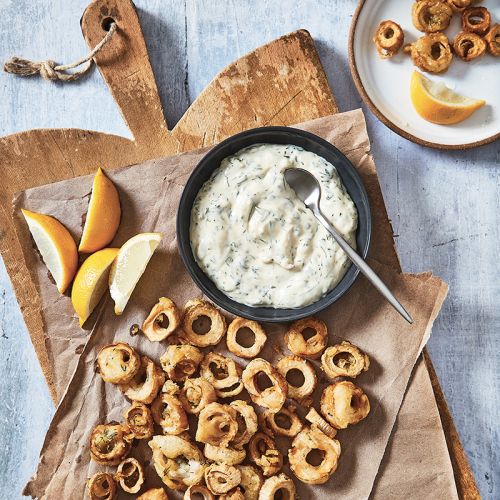 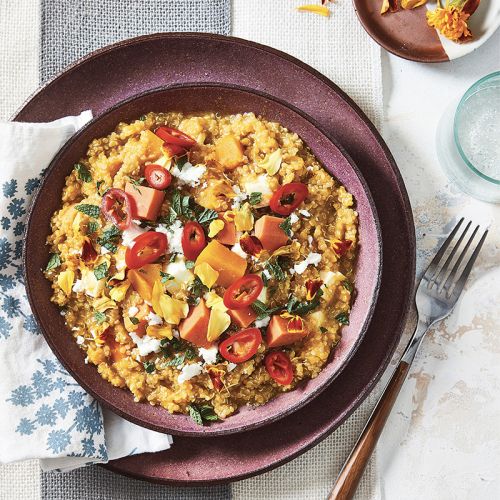 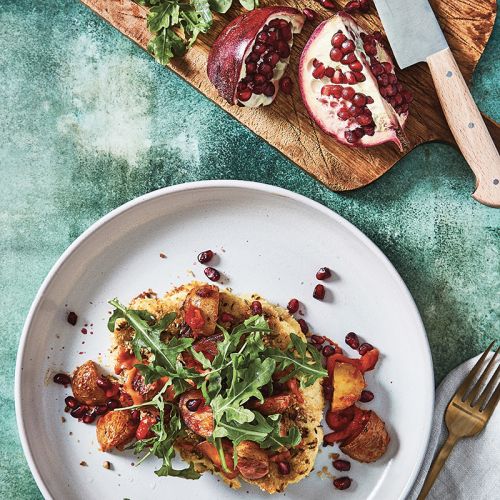 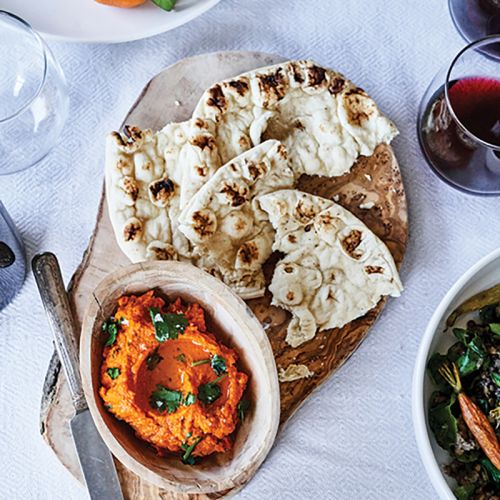 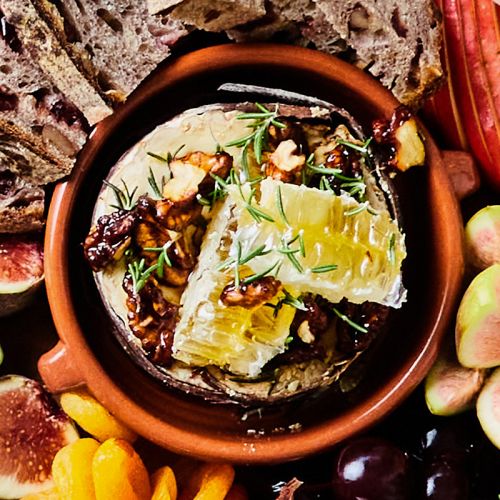 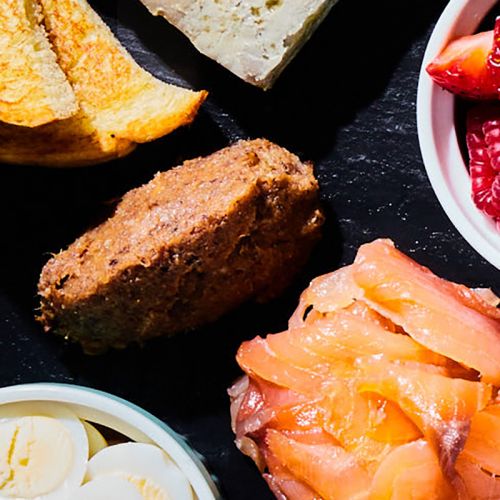 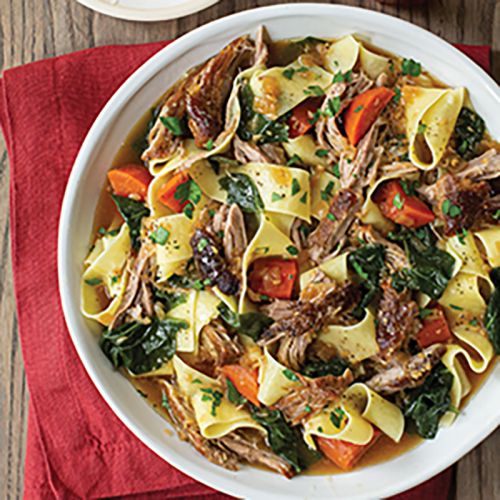 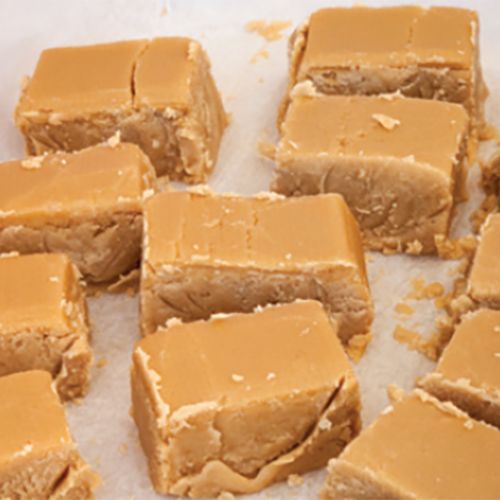 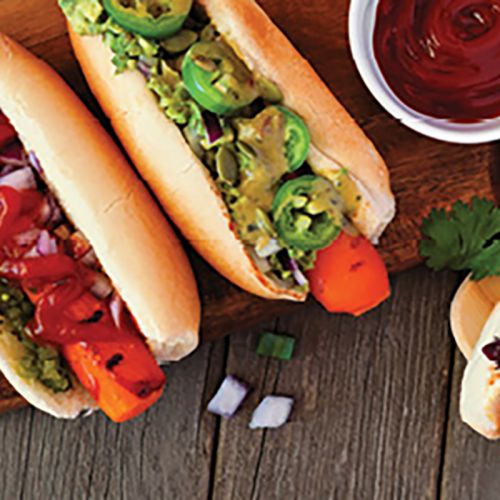 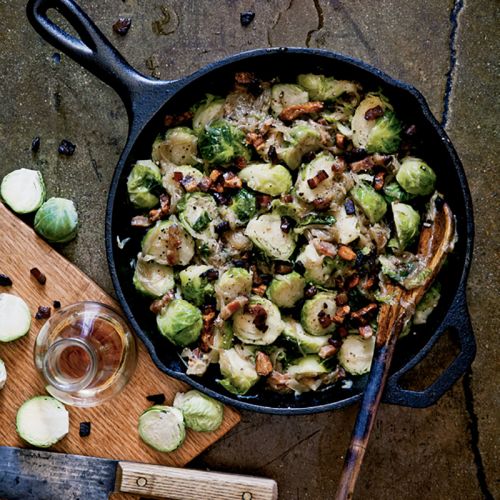 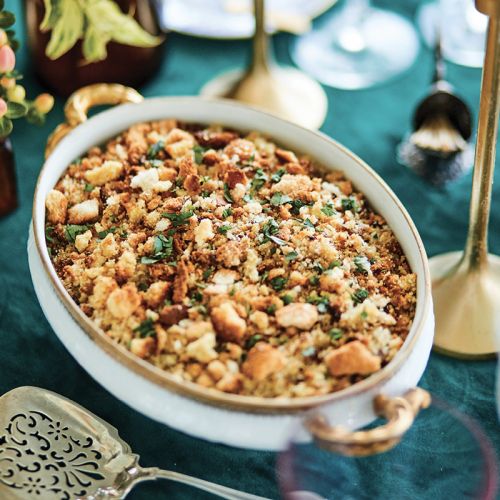 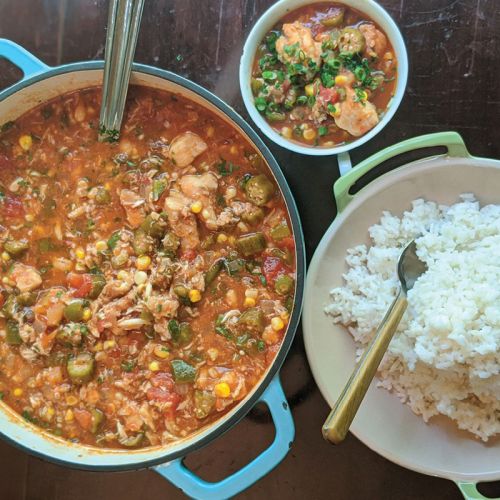 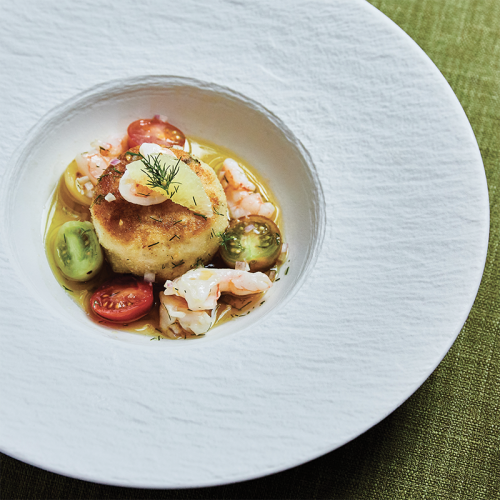 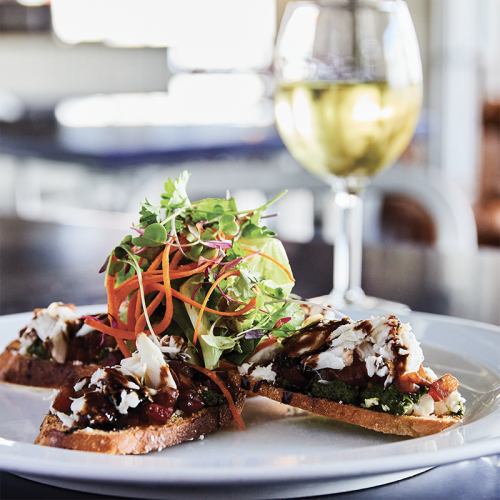 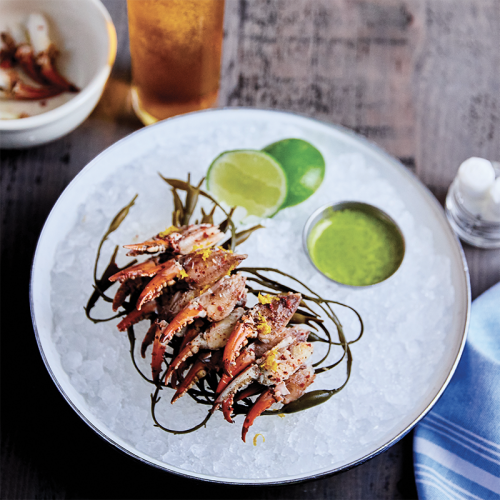 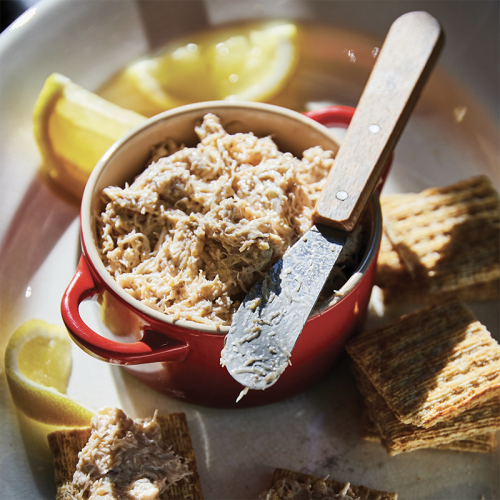 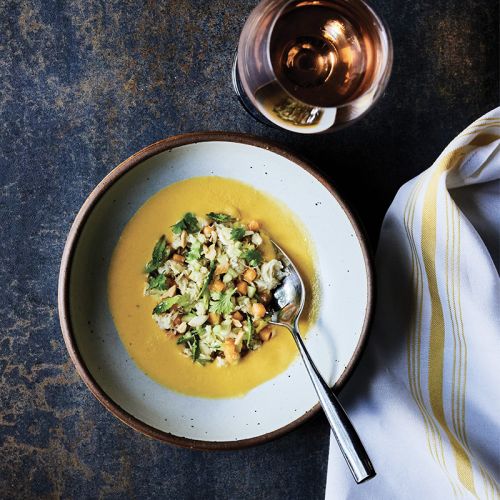 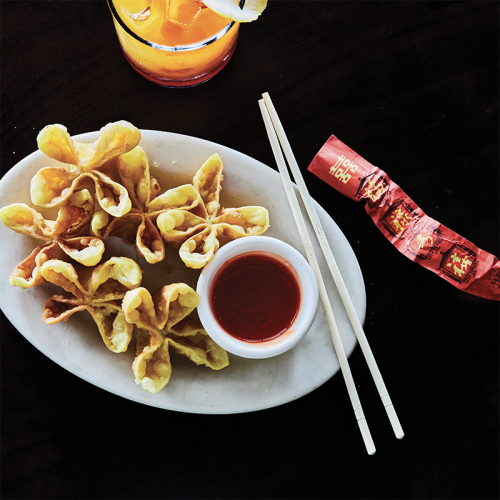 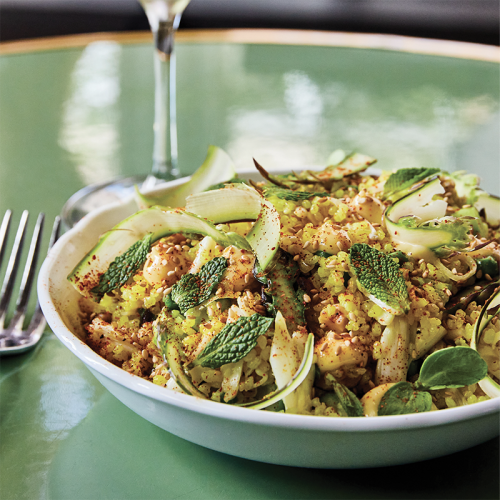