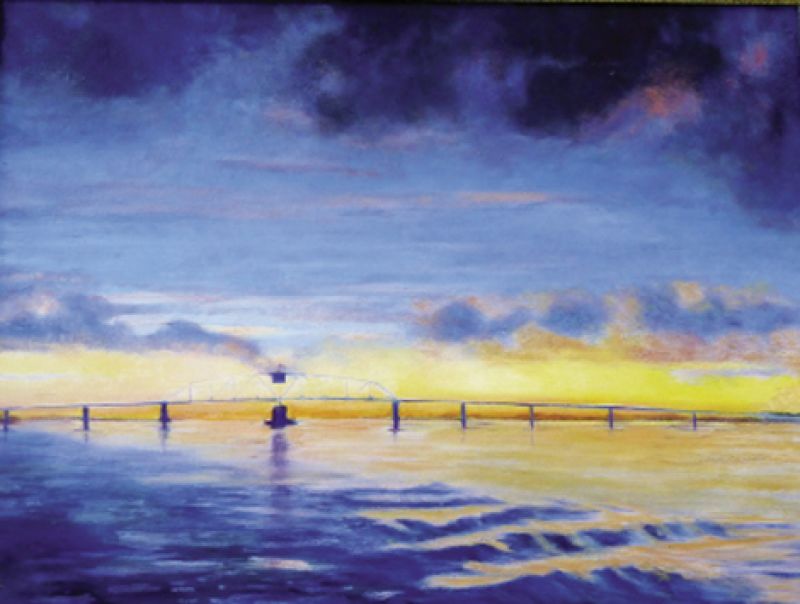 From the busy to and fro of Mount Pleasant, you are quite suddenly shuffled to one lane, and the world you forgot you knew opens up before you. It’s as if you’re driving into a movie set of endless sky and grass and water. You wonder why it’s been so long since you’ve been here. You wonder if you’ll ever want to go home. You remember what people really mean when they say “the fresh salt air” as you breathe in what feels both lighter in spirit and heavier in substance than what you’re used to.

Bare patches of pluff mud shine like glazed cake, neither land nor water but a spongy in-between that you’re not sure won’t swallow you up. Ibis crouch in the mud flats only feet away from your car. You swear you can smell and just barely hear oysters and barnacles and fiddler crabs breathing and moving.

As you get closer to the bridge you begin to let yourself sink into the airy lushness. You imagine the warm sand waiting for you on the other side, the playful waves, the laughter of friends’ voices. Your spirit lifts as what’s behind you fades away.

You pass Goldbug Island, where balloons indicate a party. Whose party? you wonder. Celebrating what? And you wish the party-goers a happy time with good food, drinks, and music. Over the top you go as below a johnboat putters, a pelican floats, a sleek fishing yacht slips out of Toler’s Cove. The steeple of Stella Maris peers at you from the right, a stalwart reminder to behave yourself. The lighthouse towers above all, a memorial that says this place isn’t all about you—that storm-tossed ships and battles and slaves and quarantines have made their mark and delivered their ghosts.

So you temper your excitement with a small dose of gravity, ready to sink into whatever the salty side of the bridge has in store. You prepare to soak up the air, the water, the wind, and even the ghosts.

Then on your return, you may be cranky as you anticipate reentry into the real world. You may be in a hurry for work, school, an appointment, to get back home after a beach day or weekend or week. You’re running late because it’s hard to keep track of time when you’re in the land of waves and dunes. But the bridge works its magic both ways, somehow sensing when you need one more reminder. And the more anxious you are about what’s ahead of you, the more determined the bridge is to thwart you.

Your foot is on the pedal, you’re ready to plow ahead, when the yellow lights begin to flash. The cars slow to a stop. You let out a groan. You gnash your teeth. You see two sailboats waiting and one so far surely the bridge won’t wait for it.

You turn off the car. You sit back and give in. You lower your windows no matter the temperature. The arm of the barrier comes down with painful slowness to the lazy ding of a bell, after which all is silent despite the ever-growing number of cars behind you. The breeze comes in one window and blows out the other. You notice the marsh grass has changed color since the last time you really looked.

A heron stands tall like a lord surveying his manor, disinterested in the cars and their destinations. In the distance, Charleston almost glows through the haze. The white steeple of St. Michael’s catches the sun. The first sailboat passes under; you can just barely see its mast crossing through. You wonder where the people aboard are going. Are they heading out or returning home?

A kingfisher perches on a power line facing the marsh, its puckish tuft of feathers getting mussed in the wind, and you can’t help but think it looks like he’s enjoying himself—daring the wind to get stronger, the water to get murkier, his prey to swim faster.

The barrier rises, and the light turns green. You crank up the engine. You wait your turn. You move forward. As you crest the bridge you see the sailboats well on their way and maybe a tiny inkling of envy creeps in or a pang of regret nips at the edges of your mind.

But you think of the kingfisher and the way he stared straight into the wind, letting his feathers do what they may. The way he carries on as if the harsher the conditions the tighter he’ll be able to hang on. And your spirit lifts as what’s behind you fades away. 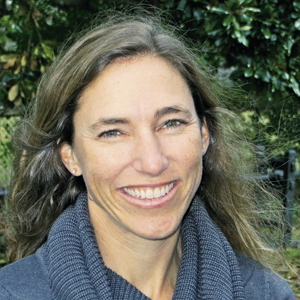 Freelance writer and editor Bessie Gantt grew up on the Isle of Palms and says that since she was old enough to gaze outside the car window, the causeway leading up and over the Ben Sawyer has been a mystic passage for her.