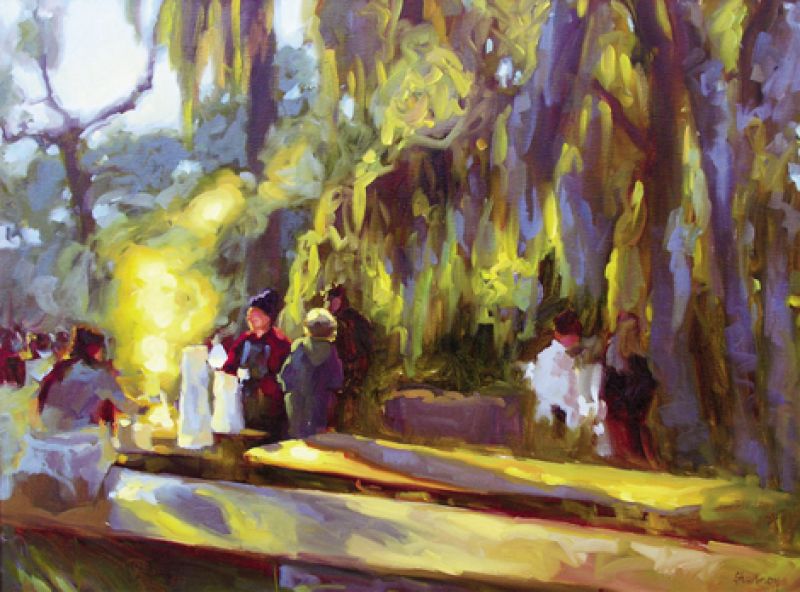 Having lived several winters of my adult life in the great north country (North Carolina, that is), I’m able to commiserate with our poor cousins across the Midwest and New England who suffer from seasonal depression. Even in the relatively balmy environs of Davidson, the freezing evenings of January and February are hardly a time to gather outdoors with friends.

Since moving to the Lowcountry—now more than a swift decade ago—I’ve fully forgotten the sharp pang of loneliness that can strike on a cold, dark night amidst a string of cold, dark weeks. And, for that, I thank the oyster roast. After the twinkling lights and yard reindeer have all been packed into the attic, most of the nation settles into a deep hibernation—a season where social obligations are few and morning commutes begin with scraping and shoveling.
Not so in Charleston. We observe the final 11 days of Christmas, New Year’s, Epiphany, and Martin Luther King Jr. and Presidents days, as well as most weekends, with a knife in one hand and a glove on the other. When my wife and I became engaged, we celebrated with an oyster roast. This default party-theme continues right up until bathing-suit season returns (and sometimes overlaps).

It’s a fair estimate that, in these parts, invitations to social gatherings in the first three months of any given year outweigh those received during the summer, and they certainly outperform in attendance. I’ve hosted warm-weather parties where promises of a keg of beer, vats of rum punch, and a slip ’n’ slide are met with weaker enthusiasm than the advertisement of a few bushels of oysters.

Behold the power of the bivalve. Although some credit for our winter social traditions is due to Charleston’s fair climate, it’s chiefly a testament to the bounty of our waterways. If oysters grew on land, we might simply ignore them. Or more likely, we’d have picked them to extinction centuries ago. But because their harvest requires a boat, a hammer, and the willingness to get intimate with the salt marsh’s lifeblood (pluff mud), oysters persevere and multiply, and we regard them as a prolific delicacy.

The first secret of throwing a good oyster roast? At least once—for the credibility, the story, and the experience—go harvest them yourself. To understand what you’re eating, you need to see how it lives, even if you tear a gash in your rubber boots doing it. When I lived on Oak Island, just off of Folly Beach, we’d pick them from the creeks around our dock and roast them within the hour. One “Oysters Up!” text would attract friends in droves.

Although the proper way to cook oysters is with an open fire, a sheet of metal, and a burlap sack, don’t let anyone tell you that you’re wrong for using a propane cooker and a pot with a basket. At the very least, keep a burner and pot on hand for impromptu roasts, where the fire can be strictly enjoyed for hand-warming and occasional shucking breaks.

Shucking technique, by the way, is important. First of all, most hosts prefer their parties to end without bloodshed. If you’re a veteran and there are limited rags and gloves available, yield to the newbies (you should have brought your own, anyhow). Show them how to use the knife near the hinge rather than the outer shell, popping the animal open from the bottom. Most importantly, emphasize that with a cluster, you never, ever, give up. The big guy is always in the middle. Stop Instagraming puny adolescents and get back in there until you pry Bubba open.

All of this makes for great banter around an oyster table, which is half the reason I prefer an oyster roast to any other type of gathering. House parties make me claustrophobic. At a roast, there’s no getting cornered into tedious or awkward conversation without a clear escape route. “Oh look, they just put another batch on the table.” The perpetrator can join if they please. Hot oysters trump everything.

At the communal table, even the hippies and squares can find common ground. With each shovelful, each cluster, each delectable individual morsel of natural sodium and flesh, there’s a sense of living in the present that seems to squash heated debate of any sort. We’re all in this together, and would you pass the hot sauce?

From plucking out a drippy whopper to uncovering a tiny pink crab (the Lowcountry’s edible pearls), oysters make far better small talk than past or future weather conditions. Even the severely antisocial can get along at an oyster roast. With head down and hands busy, the silent oyster shucker is assumed to be stoically reflecting on his work. There’s a place at the table for everyone.

Truthfully, I can’t imagine Charleston without oyster roasts. I’m not talking about the big roasts, especially those where hulking singles are driven in from north Florida because our homegrowns are either too unpredictable or too difficult to crack into. I mean the backyard parties on Sunday afternoons, when there’s no football left to watch and we can almost (but not really) complain about the temperature, but we’re still happy to be outside.

It’s a love that’s grown into my blood. I wasn’t born with it. My family of “cumyahs” wasn’t raised on roasts, but I arrived and never looked back. 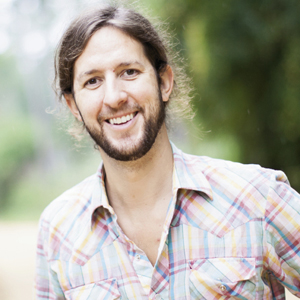 Freelance writer, editor, and self-avowed “Southern rambler” Stratton Lawrence lives on Folly Beach with his new bride Hunter McRae. His book, Folly Beach, on the history of the barrier island was released by Arcadia Publishing in April 2013.