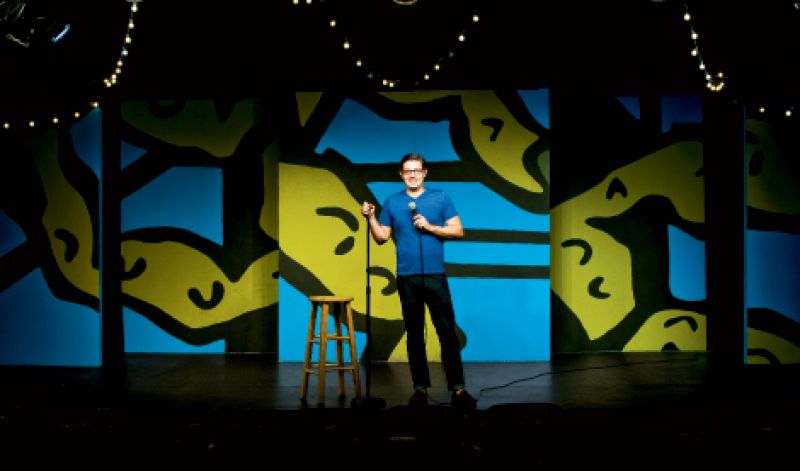 If you see Dusty Slay in a coffee shop, he’s not just caffeinating or procrastinating. He’s observing, writing his thoughts in a little book—the absurdity of the phrase, “It’s so cold outside it ain’t even funny,” for example. “Has there been an appropriate temperature where you go outside and it’s hilarious?” he queries in a smooth, radio voice laced with a smile. This winner of the 2011 and ’12 Charleston Comedy Festival Stand Up Competitions has two slots in this month’s festival, though you can also find him hosting open mic nights at Big Gun Burger Shop and Boone’s Bar, plus “Homegrown Showcases” at Theatre 99.

Holy City arrival: I moved here in 2003 to get out of small-town Alabama. I took an improv class at Theatre 99 to meet people, and John Brennan (The Banana Monologues) was one of my first friends. We wrote these ridiculous jokes. I wore overalls and no shoes. Told the jokes. It worked out well enough.

Getting started: From 2004 to 2008 there was virtually no comedy scene. There were no open mics, so I started one. We’d be in front of terrible audiences. One night I took the stage and everyone actually paid attention—and it was the most terrifying thing in the world.

Career change: In 2012, I quit drinking and left my job selling pesticides to focus on being a stand-up, then wrote almost an hour of cleaner material.

Keeping it clean: This challenges me to write about things that people can relate to rather than shock value. Once in a while a vulgar word is funny. So funny. But the challenge is: let’s find a better way.

Paying the bills: I work at a seafood restaurant that brings in a lot of tourists. I carry my note pad and when something weird happens, I write it down. If I have a “bad table,” I just tell myself, “This could make a great joke.”

End goal: I want to be famous enough that any club will book me, but I don’t need to be Dave Chappelle. If I saw everyone on the street screaming, “I’m Rick James!” I might go crazy.

Advice to aspirants: People want to be cool on stage. Don’t be cool, be vulnerable. Don’t try to get laid. Don’t start picking on someone. Don’t be rude; they could’ve gone to see a movie. Tell them a joke.

On the art: Comedy is one of the most natural forms of art. People can say they love a painter’s painting even if they don’t. But if a comedian’s jokes aren’t funny, he’s going to know: if no one laughs, it ain’t funny.

30 days in the Big Apple: I liked the idea of doing comedy every day for 30 days, so last August, I went to New York and did 36 open mics and seven showcases.

Crowd work: The first time my dad came to a show, this middle-aged couple was there wasted. The woman dropped her glass; it shattered as her face hit the table. They got up to leave, and I said, “Well there goes Mom and Dad; that’s why they never come to my shows.” Biggest laugh of the night.

Yuk it up: Slay will be performing in the Charleston Comedy Festival on January 17 and 18. For more info, visit www.dustyslay.com or www.charlestoncomedyfestival.com. 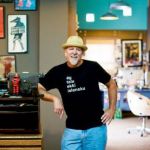 From restaurants to a resident sports team, much of Charleston bears the branding work of graphic designer Gil Shuler 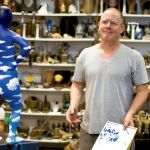