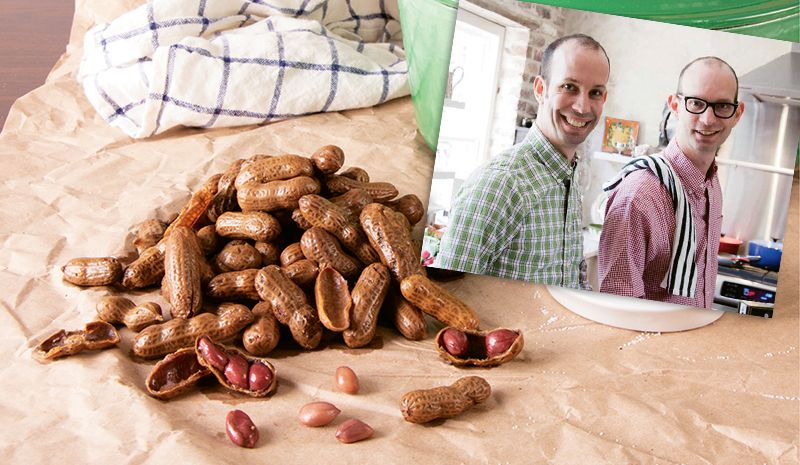 In a large (10- to 12-quart) stockpot, stir 1/2 cup salt into two gallons of water until the salt dissolves, then add the peanuts. Use a large dinner plate or two to help submerge the floating peanuts. Allow to soak for eight hours or overnight. (This step saves a little time boiling, but you can skip if needed. If you’re using green peanuts—which are freshly picked—you may also skip this step.)

Drain the soaking water and add two gallons of fresh water and the remaining cup of salt to the pot of peanuts. Note the level of the water on the side of the pot. Bring to a boil. Lower the heat and simmer, covered, for six to eight hours (two to three for green peanuts), keeping the water in the pot within an inch or so of its original level with regular additions of water, until the peanuts are about as soft as a roasted chestnut.

Once the peanuts have boiled for three hours (one hour for green peanuts), sample them to check their texture and salinity. Remove a peanut, and when it is cool enough to handle, crack open its shell and taste the kernel, slurping some brine with it. If the peanut crunches, it should be cooked further. If the brine lacks enough salt, add more to taste; if it is too salty, remove a portion of the water and replace with the same volume of fresh water. Allow the pot to boil for another hour before testing again. Sample every hour until they are pleasantly yielding and as salty as a good pickle.

When the peanuts are cooked to your satisfaction, turn off the heat and allow them to cool in the pot for an hour (30 minutes for green peanuts). When cool enough to handle, drain the water and eat immediately. If not eating, store the shell-on peanuts in a sealed container in the refrigerator or freezer. Boiled peanuts will keep for about seven to 10 days in the refrigerator and up to six months in the freezer.

■ Pod pick: “Get Valencia peanuts (usually slender, with three or four kernels per pod and red skin on the nut) for the best boiled peanuts,” Matt says. “Spanish and Virginia varieties are not as tasty and more starchy.”

■ Seeing green: Matt advises opting for fresh-picked green peanuts when they’re in season. “Small, immature ones are often tender enough that they can be eaten shell and all,” he explains.

■ Spice it up: The brothers add a tablespoon of Zatarain’s Crab Boil seasoning for Cajun-flavored peanuts. For a savory taste, try boiling them with a smoked ham hock or neck bone.

Growing up in the Holy City, siblings Matt and Ted first tried boiled peanuts while watching the Charleston Rainbows (forerunners to the RiverDogs) play in the old College Park Field. “Mayor Riley took us and his son, Joe—our classmate—to the game,” remembers Matt, who still lives in town. “The peanuts were the perfect salty stadium snack.” Hooked on the legumes, which taste more herbal and bean-like than roasted peanuts, the boys learned how to make them at home with their father’s help. And a few years later, in 1994, they launched the Lee Bros. Boiled Peanuts Catalogue, an online shop offering fresh boiled peanuts, pickles, preserves, and the brothers’ own cookbooks. While the soft-shelled bites are good all year round, “They’re best eaten outside in the summer—at the beach, on the boat, at the ballpark,” Matt says. “Plus, being outdoors means you don’t have to clean up the shells.” 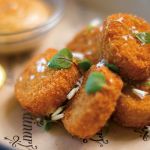 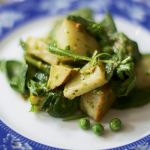 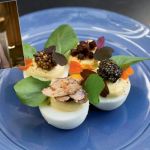 Zero George Restaurant’s Vinson Petrillo serves an up-tempo spin on the traditional appetizer, perfect for bringing to a springtime brunch