Hoodoo, Herbs, & Horns
Don’t matter how you preserve the Lowcountry, so long as you get it done 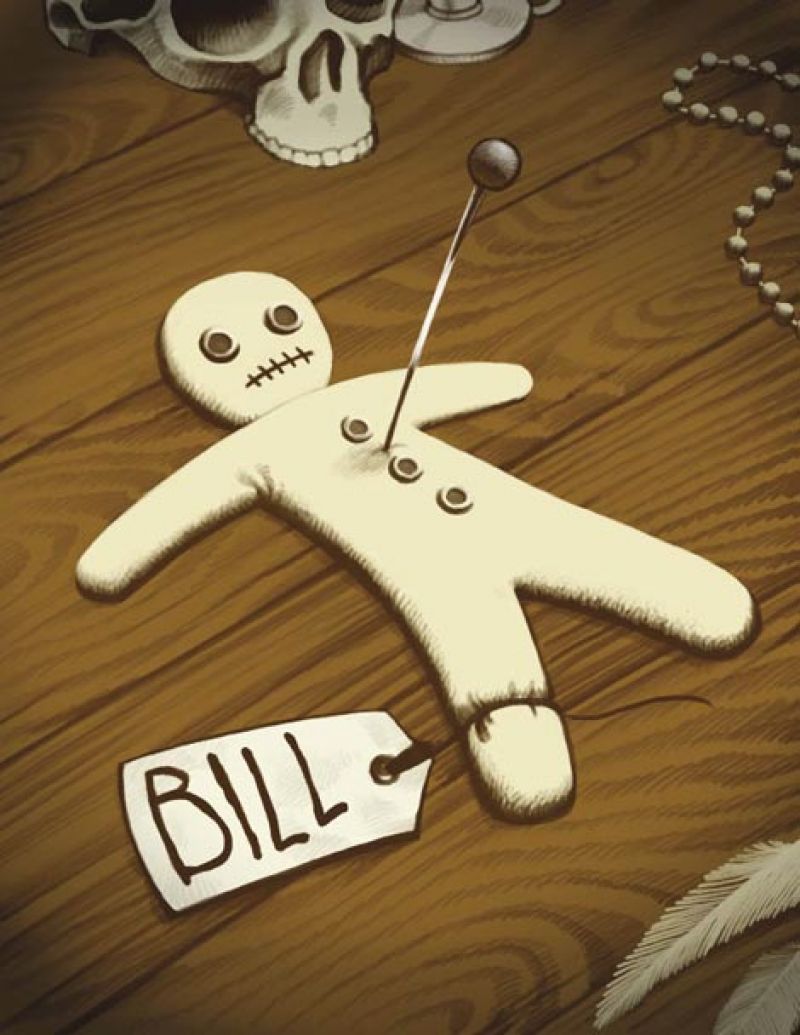 I’ll call them Bill and Joe. Not their real names, of course. They got tangled up in a business deal with Dick Cheney a dozen or so years ago. Cheney was CEO of Halliburton Oil, and Halliburton came to Daufuskie seeking to diversify their billions into real estate.

You likely know about Dick Cheney, two-term vice president, the bulldog of Republican politics. Maybe you don’t know about Daufuskie, population 200, the way life used to be in the Lowcountry, the way it ought to be still. One hour by boat from Hilton Hell or Savannah. Five by three miles, four miles of beach, palmettos rattling in the sea wind, mournful live oaks with their great tears of Spanish moss, the last of the Gullah rivermen. No traffic lights, no traffic at all, no yoga, no yogurt, and all our fast food has fins, fur, or feathers.

Halliburton bought 1,500 acres here, a broad stripe of maritime forest from the Intracoastal to the beach. We didn’t mind at first. Way off all by ourselves, we give

everybody an honest shake—the potters and poets, retired drug runners and others into whose pasts you do not casually inquire. But then they came up with a plan: Skin off 500 acres of magnolia and oaken shade. Excavate two-and-a-half-million cubic yards of sacred ground. Connect this gaping wound to the salt creek with a miniature version of the Panama Canal. Bring in the Saudi princes, their oceangoing yachts and money. But the Saudis tarried and Cheney tired, set his sights on the vice presidency and Iraqi oil.

Bill and Joe took up where Halliburton left off, but they gave up on the Saudis. Williamsburg on the water, Bill said. Buggy rides; net knitters; boat builders; demonstration plots of cotton, rice, and indigo; a theme park to sell real estate. It might have happened had it not been for an environmental terrorist organization, the Friends of Daufuskie, Inc. We met on a shrimp boat, signed the documents, poured good champagne into Dixie cups, toasted “To the Woods,” and went forth to do battle for the Lord. It was flat Biblical—“Yea, as lambs unto the slaughter.”

They whipped us every time. The judge would smile and nod till lunch, then suddenly change his mind. We never got invited to lunch, but we wouldn’t go away. Meanwhile, a fellow conspirator’s boat inexplicably sank, another was advised to keep her fire insurance up to date, yet another to keep a close eye on his dog. We salvaged the boat, paid the premium, leashed the dog, no problem. But then they went too far. They threatened to throw marijuana under my porch and call the Law. I got the news third-hand, but as it came with a day and a time, I paid attention.

So I called the Law and confessed. Two officers sat on my porch and eagerly leaned into my story, fairly salivating. “Do you mean,” one asked, incredulously, “if you walked out onto your porch tomorrow and found marijuana, you would smoke it?”

“Well then, he is enticing you to marijuana, and that’s a felony. We’ll go have a little talk with him.”
Then I called Angel.

“I never do no bad to nobody. I got all the work I can do taking bad off folks.”
“But Angel, they be man bother we.”

Long pause. “Gimme he name,” she finally said, “and make sure you spell ’em right.”

I got Bill’s middle initial wrong, thank God. Angel called back a month later. “That man still bother you?”

“No ma’am, he done been lay up in the hospital with heart attack.”

The National Enquirer ran the story, “Does Voodoo Curse Protect Island?” But they got it wrong; they said Bill died. On purpose, I suppose.

Fast forward seven years, and we’d wore each other out when there was a corporate coup and Joe came to Jesus. Call off the lawyers. No hole, no Saudi princes, a two-thirds drop in density, 600 acres in conservation easement, green forever. And then he offered me a hunting lease. What? I remembered the preaching at the First Union African Baptist: “That devil know you. If you like likker, he ain’t gone bother you with gamblin’.”

But it was neither joke nor trap. Joe was raising two fine young sons and wanted to get them in the woods. I’d pay liability insurance, clear land, put in food plots, and hang tree-stands, and we’d all hunt together. And I’m proud to tell you those boys out-shot me; they out-shot their daddy. In two years, two bucks worthy of taxidermy.

Bill even likes me now, too. Well, not really, but he is very polite. The other day, he threw his hands up in frustration. “Roger Pinckney, you the only man I know to light a fire and walk away from it!”

He ought to know I’d light a much bigger one, if I could.