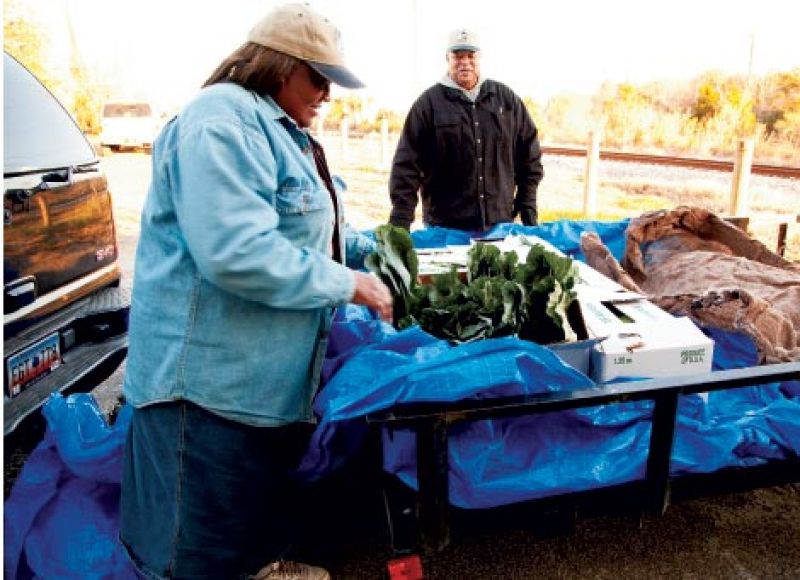 Artist David Boatwright’s colorful mural depicting a pick-up truck loaded with giant fruits and vegetables gives some indication of what’s happening at 990 Morrison Drive. But it’s not until you step inside the GrowFood Carolina warehouse and meet general manager Sara Clow that the monumental task the nonprofit is trying to achieve comes into focus. With one building, four employees, and the backing of the Coastal Conservation League, the goal is to transition South Carolina from a global food supply dependence to a reliance on regional, small- to medium-size farms.“We enable small farmers to sell on consignment,” explains Clow.

“They can bring in a few boxes of, say, beets or arugula. GrowFood then takes on the marketing, sales, and distribution, saving them valuable time and money and helping farmers focus on what they do best: grow healthy, great tasting food close to home.” Area chefs are applauding the effort. “There has always been the need for a liaison between the chef, the grower, and the general public,” says Mike Lata, chef-owner of FIG. “GrowFood is making it easier for those of us who don’t have the time to travel from farm to farm.”

Today that need is greater than ever. Between 1992 and 1997, more than 200 acres of South Carolina’s rural land were converted to urban uses every day, placing the state among the top 10 in the nation for conversion. Currently, less than 10 percent of what is consumed in South Carolina is grown here. “That means 90 percent of our food dollars are leaving the state,” says Clow. Since opening in September, GrowFood has been able to help 20 farms, includng Walters, Newton, and River Run, move produce. “We hope to have 30 farms working with us by the end of the year,” says Clow. “Historically, agriculture has been a huge part of South Carolina’s economy, from indigo and cotton to tomatoes and rice,” she continues. “Our goal is to secure the future of a sustainable regional food supply and the prosperity of our state’s rural communities.” —Kinsey Gidick