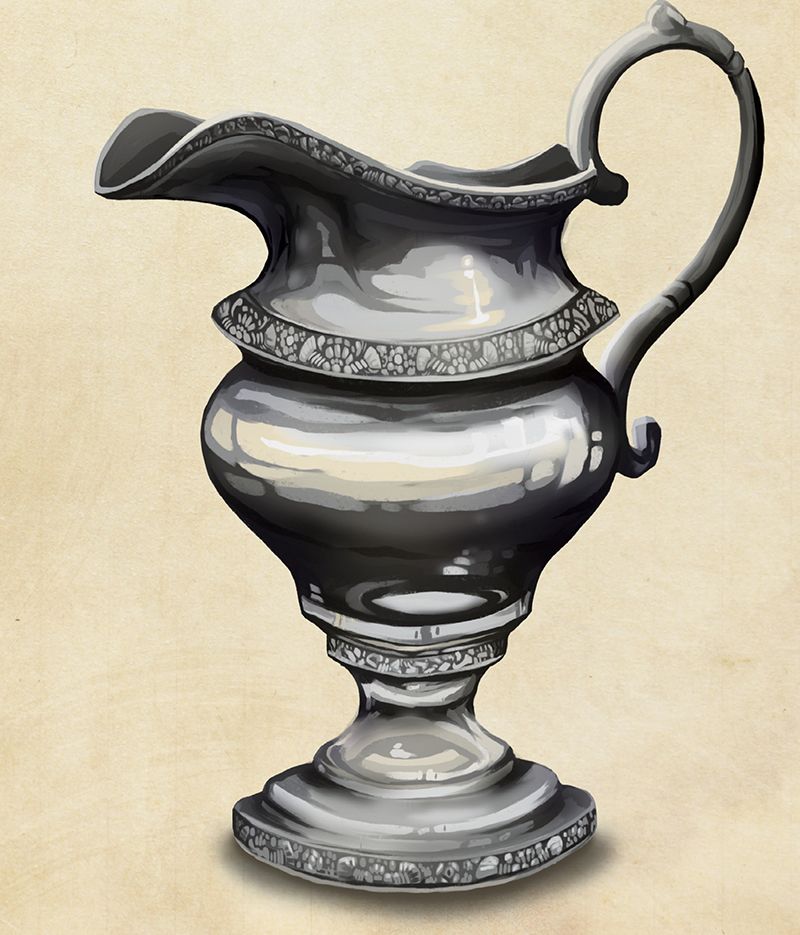 JACK OF ALL TRADES The colonial silversmith was also usually a goldsmith, tinsmith, pewtersmith, watchmaker, jeweler, importer of fine goods, and all-around tradesman. In 1764, John Paul Grimke offered candlesticks, tea pots, beer cups, and “silver breast and arm plates and other trinkets for the Indian trade.” James Askew’s shop at 81 Broad sold everything from “jewellery articles” to garden seeds.

NAME RECOGNITION Like all fine artists, the silversmith signed his work. This was done with an embossed hallmark usually located on the bottom or side of the piece. Unlike the British system that used a standardized series of letters and images to denote date, place, and silversmith’s name, early American hallmarks were simple—generally only the artist’s initials or last name.

TREASURE LOST Despite the large number of silversmiths, Charleston-made silver is hard to come by. Repeated periods of economic depression—when pieces were melted back into coinage—played into this, but pillaging during and after the Revolutionary War and Civil War was by far the greatest single cause for the disappearance of these valuables.

LADY OF LUXURY Louis Boudo was among the Holy City’s most notable antebellum silversmiths and jewelers. When he died in 1827, his wife, Heloise, took over the business, becoming one of only a few women who practiced the trade in 19th-century America. Heloise died a decade later (leaving her daughter, Erma Leroy, to step into her shoes), but first made the cream pitcher shown here. With stamped metal borders and the hallmark ”H. Boudo Charleston,” it’s on display in The Charleston Museum’s Silver Gallery.

STUDY (& EAT) UP The Charleston Museum has the most complete collection of locally made silver in the world. On April 18, as part of Historic Charleston Foundation’s Festival of Houses and Gardens, the museum’s chief curator, Grahame Long, gives the luncheon lecture “Nothing of Artistic Merit:” Charleston Silver and its Legacy. Find details at historiccharleston.org.

HOT COMMODITY Before a standard monetary system existed, it fell to the silversmith to assay the worth of the many silver coins made all over the world. The purest ones could be melted down and turned into usable items. This brought about the term “coin silver,” which today is the name commonly used to refer to American silver pieces made prior to the 1860s, when the English “sterling” standard began gaining popularity. 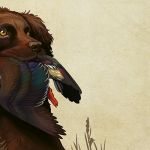 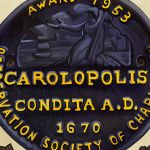 They’re affixed to structures throughout the Historic District and beyond: circular plaques mingling English and Latin around an engraving that resembles the City of Charleston’s seal. 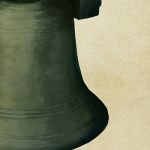