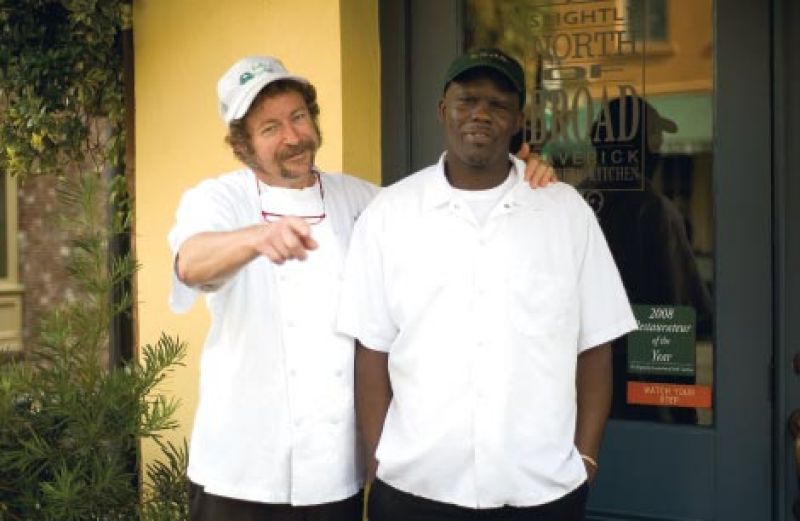 Few things are as synonymous with Southern cooking as cornbread, and in Charleston there’s no limit to the variety that can be found. That said, there’s a standout that’s pointed to time and again by locals and visitors alike: the sweet, cake-like rendition at Slightly North of Broad (S.N.O.B).

“During the mid-1800s, cornbread was made without eggs, flour, or sugar, because people couldn’t get those products,” says Frank Lee, S.N.O.B.’s executive chef. “Today many people are used to that thicker style of corn pone or Johnny Cakes, but our cornbread is fluffier.” Make that fluffier and more decadent.

Lee says there’s one man to thank for the restaurant’s nearly dessert-worthy wedges. “Gerald, our dishwasher, has been making our cornbread for 12 years,” he explains. Along with duties of doing dishes and preparing the staff meals, Gerald Henderson is the man, the myth, the legend behind the coveted treat.

“It took me about three months to get the recipe just right,” remembers Henderson. “I tweak it every once in awhile, adding a little more flour or a few more eggs.” The East Bay Street institution goes through roughly 250 slices a night—multiply that by Henderson’s tenure at the restaurant, and you’ve got a recipe he’s had time to perfect.

He says the key to his version is the liberal use of sugar along with a slow cook time. “He bakes it for literally an hour and 10 minutes. I’m always telling him, ‘Gerald, the rest of us need the oven now!’” jokes Lee. But as we all know, good things come to those who wait.