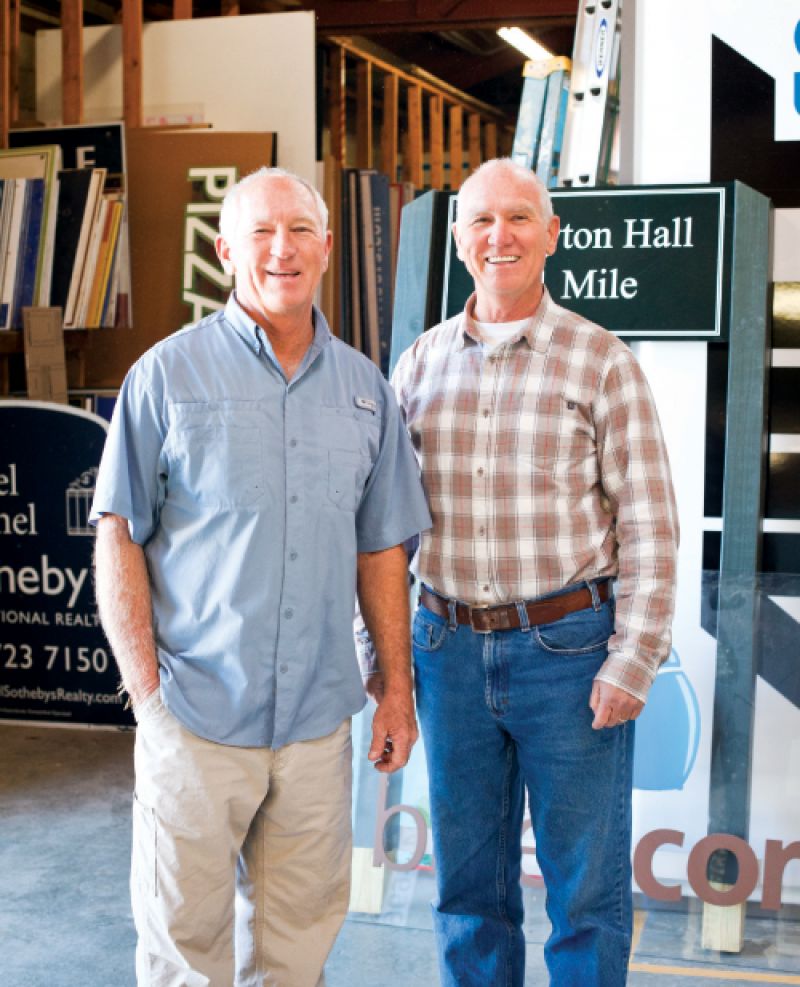 Tommy Brooks may be one the Lowcountry’s most prolific designers you’ve never heard of. As the co-owner and designer for Brooks Signs, he and his team have spent the last 35 years adding familiar landmarks to the area’s scenery. Their work welcomes you to I’On, Jack’s Cosmic Dogs, Copper Penny, Mount Pleasant, City of Charleston parks, and loads of other businesses, neighborhoods, and historical sites.

Tommy, an Art Institute of Atlanta grad, got his start in the 1970s, spending several years working for a local sign company before teaming up with his brother, Wally—who was running nightclub Big Wally’s Carriage House on Market Street—to launch their own business. Back then, hand-lettering ruled the market, and Tommy ran the design end, while Wally managed manufacturing. “It’s kind of sad that hand-lettering is nearly a lost art, but new technologies and machinery have allowed us to come up with even more crazy-creative ways to build signs,” Tommy says. “And sitting and painting every single sign was pretty nerve-racking!”

Today, working out of a Huger Street warehouse, the brothers and their staff of nine have created everything from metal historical markers to window graphics (such as the stunning scales that covered the glass at Candlefish throughout its interior construction in 2014) to façade signs announcing businesses all over town. “I really love doing the handmade, one-of-a-kind items. It’s fun to figure out ‘how would you make this and what would you do to enhance it?’” says Tommy.

Over the years, they’ve made a point of giving back by working closely with religious organizations and nonprofits like Mepkin Abbey, One80 Place, and the Center for Birds of Prey. “We grew up being taught that there are a lot of people out there less fortunate than we are,” Tommy says. “It seems like the right thing to do.”

Making Its Marks
Highlights from Brooks Signs’ decades in the industry
----------------------------------------
➼ Most memorable job: Hand-painting the (now- forgotten) name onto a Russian cargo ship in port in the early ’80s. ”Wally and I built a wooden platform that we hung over the bow,” recalls Tommy Brooks. ”I spent maybe four days out there painting letters that were about five feet tall.”
➼ Old favorite: Palmetto Brewing Company’s circa-1990 rooftop sign, which ”isn’t complicated, but fits the building and whole beer thing so well.”
➼ New favorites: The signs for King Street Grille at Freshfields Village—which involves a giant wire mesh crown—and Fire downtown (show above right). ”It was cool bending all that metal into a flame shape,” says Tommy.
➼ Up next: ”Packages” for two new local hotels, The Spectator and the Grand Bohemian—from the eye-catching signs out front to every kind of interior marker you can imagine, room numbers (and Braille) included. 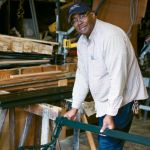