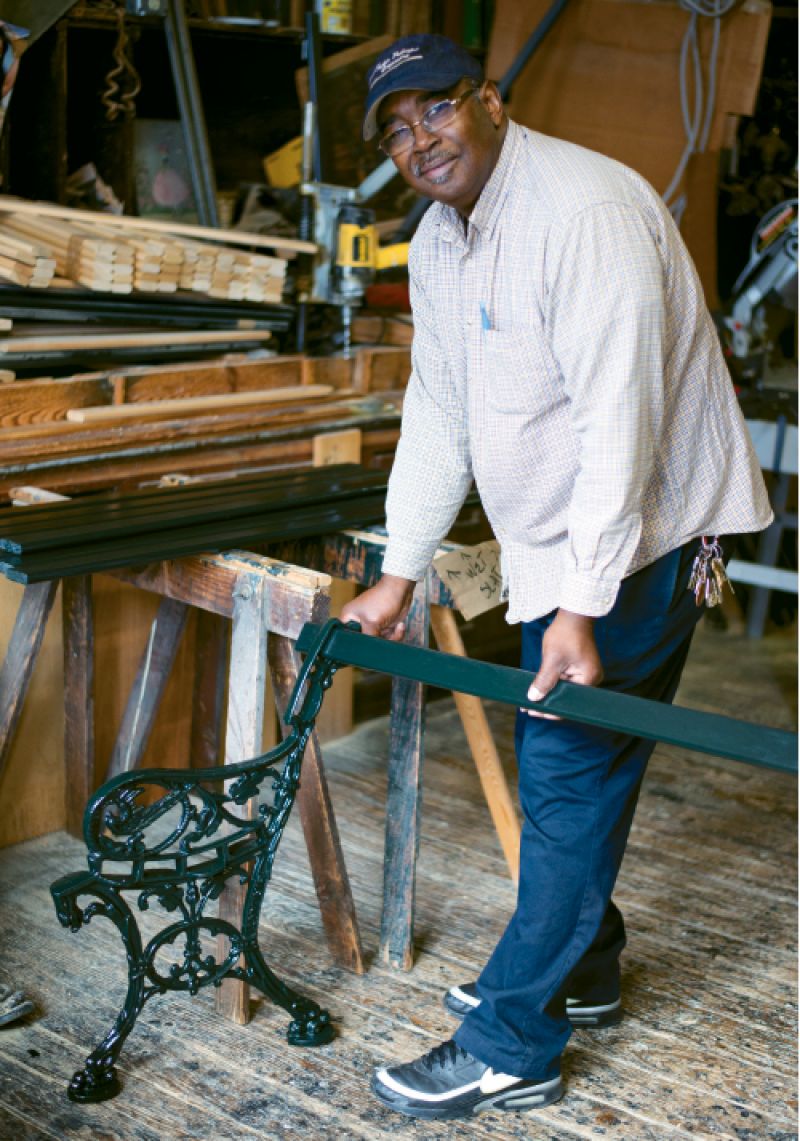 You’ve rested on one, enjoyed a conversation, perhaps even smooched on one. The Charleston Battery Bench, with its slats of indigenous cypress braced by decorative ironwork, is a familiar site on our porches and in our parks, and has been since soon after the Civil War, when it was commissioned by the city to help beautify White Point Garden at the base of the Battery. In the 1940s, antiques store proprietor George Birlant bought exclusive rights to the pattern and has been manufacturing benches ever since.

“It’s one of the truest pieces of Charleston memorabilia that has been consistently made since the 19th century,” says Andrew Birlant Slotin, who along with his father, Phil Slotin, oversees production at George C. Birlant & Co.’s antiques gallery at 191 King Street. The 93-year-old store fronts a warehouse, its door often ajar, offering passersby a glimpse at the quirky workshop within. Supervised by Nathanial Collins, who has been with Birlant’s for 44 years, a small team culls and sands slats of Lowcountry cypress, dips them into a tank of “Charleston green” paint, and hangs them on metal hooks to dry.

Once completed with cast-iron supports, the benches are sold locally or shipped out, bringing Charleston charm to schools, town squares, shopping malls, golf courses, and homes around the U.S., Canada, even England and beyond.