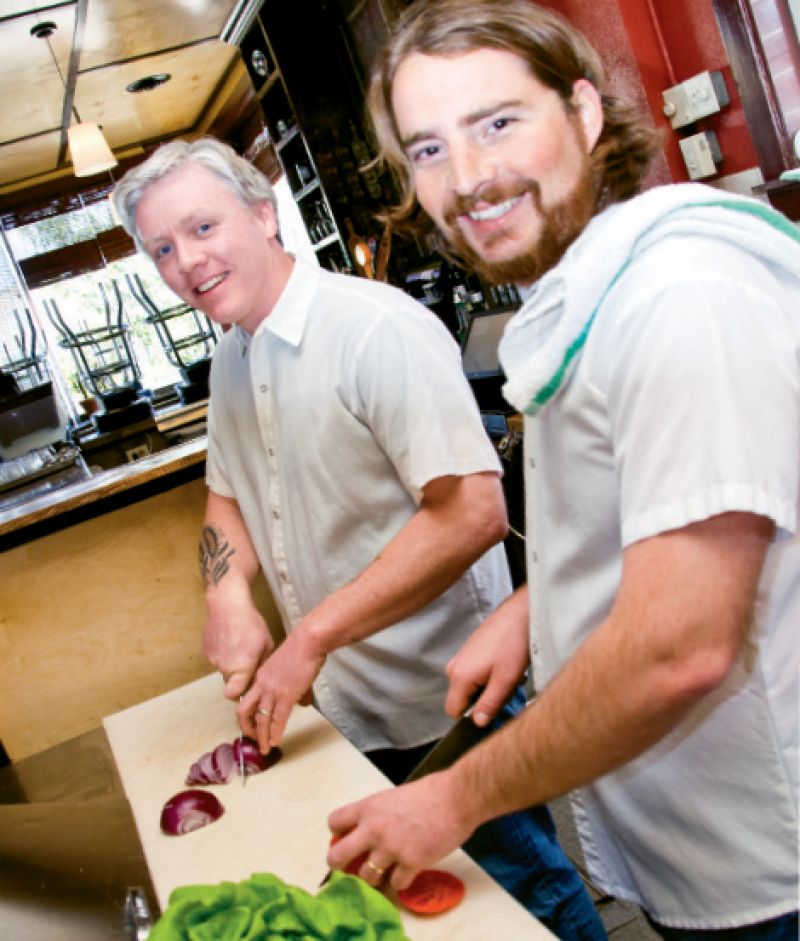 When most locals hear “EVO,” they think pizzas hot from the wood-fired oven. But anyone who’s tried the crisp and creative salads at this North Charleston eatery knows that they’re as memorable as the Neapolitan slices. Chef-owners Ricky Hacker and Matt McIntosh’s not-so-secret ingredients? Produce grown in the Lowcountry and vinaigrettes, mozzarellas, and more handmade in the restaurant’s kitchen.

This pair met in 2004 while both were working at FIG. Then, McIntosh was also head baker in Normandy Farms’ artisan bread department. “We both felt it was important to cook with local and regional products, which sustain our economy, taste fresher, and are more nutritious,” says Hacker. Within a year, they’d opened EVO, a mobile pizza oven that paved the way for a full-fledged restaurant in 2008.

At their Park Circle establishment, you’ll only find two salad options on the regular menu, but that’s all part of the duo’s less-is-more philosophy. “Food is one of life’s simple pleasures and should not be overly complicated,” says McIntosh. “You want to taste and identify each element in a dish and savor those flavors.”

As a delicious example, the friends shared their Local Arugula and Speck Salad recipe, which combines the peppery leaf vegetable with speck, an aged Italian pork that “adds a wonderful hint of smokiness to the dish,” explains McIntosh.

They toss in pickled red onions as well as Split Creek Farms feta, which Hacker claims is the best he’s ever tasted. For a bit of sweet juiciness, they add Kurios Farms tomatoes, grown in a Moncks Corner hydroponic greenhouse and available November through July.
Not ones for from-the-bottle dressings, McIntosh and Hacker top things off with a homemade citrus vinaigrette. “This recipe tastes good on any kind of salad; plus, you have the satisfaction of knowing exactly how it was prepared,” notes Hacker.

With most of the ingredients found at local farmers markets, you can easily give EVO’s creation a whirl or shop around for your own spring salad inspiration.