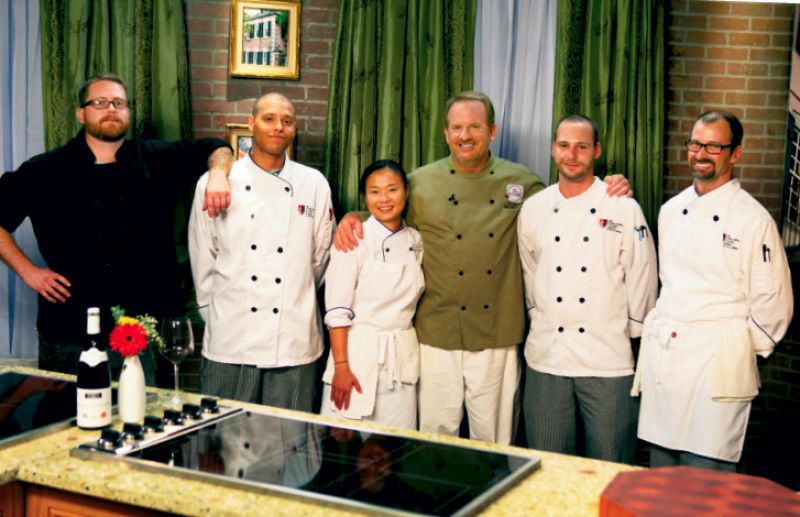 Does the age of competition TV (when even America’s worst cooks vie for prizes) leave you hungry for good-old, how-to cooking shows? If so, you’re in for a treat this month, when U Cook with Chef Bob—starring former Charleston Grill executive chef Bob Waggoner—hits the airwaves.

Though the program was initially slated to premier last spring, a decision to rework the format led to delays—and gave the team time to film a second season. Catch the first two episodes back-to-back on Saturday, March 12, when the chef will be in ETV’s Columbia studio for a live cooking demo and PBS pledge drive. “The show aims to demystify gourmet cooking—and the grocery shopping and wine pairing that go with it,” explains Waggoner.

In April, U Cook begins airing on PBS affiliates nationwide. “But we still want each episode to celebrate Charleston,” he says, noting that area culinary students prepare dishes for the studio audience, tickets to the show are given to nonprofits such as Louie’s Kids, and the panel of guest “foodies” includes locals like chef Frank Lee and artist Jonathan Green.

Ucookwithchefbob.com also goes lives this month with recipes, videos, and a shop of high-end foodstuffs. This fall, Waggoner and producer/business partner Mike Kirk debut a second show: U Travel with Chef Bob. Sounds like the beginning of a delicious empire.