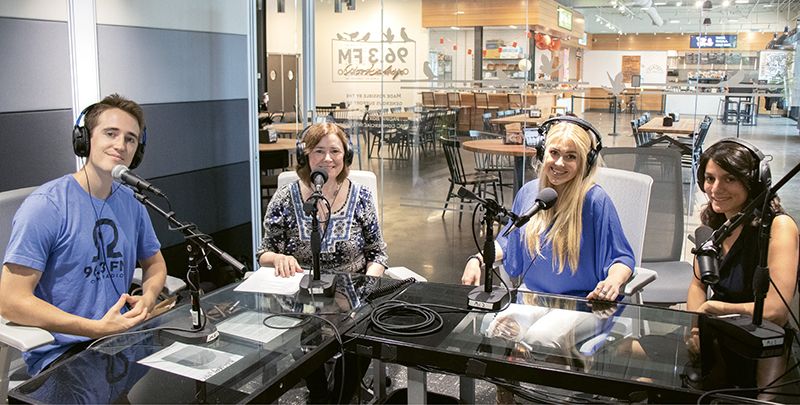 You never know who you’ll see in Ohm Radio’s sound studio—a glass-encased room in the midst of the Workshop’s busy food court. While you dig into Vietnamese dumplings or California-style tacos, Alex and Vanessa Harris may be playing tracks by upcoming artists billed for the Charleston Pour House. Station manager Eileen Waldron might be speaking on public affairs, or Mayor John Tecklenburg could be fielding interview questions. Of course, you would need to tune in to Ohm (via radio, mobile app, or web streaming) to hear what was happening.

Since moving from Joseph Floyd Manor last summer, the listener-supported station—founded in 2015 as a project of the nonprofit Media Reform SC—has reaped the rewards of increased visibility and accessibility. “It used to be that hosts had to record their shows at home using equipment we loaned them,” explains cofounder and board president Vikki Matsis. Now, community members who have developed their own programs can hit the airwaves at Workshop, where audio engineer James Frolio records and edits each show. Ohm no longer broadcasts a few live shows per month—it airs up to 10 a week.

“We are a platform to reflect what’s happening in Charleston, giving voice to those unrepresented in our traditional media,” says Matsis. “Radio reaches such a wide demographic. With nothing more than a $10 device, people can access tons of information that’s not catered to them by their ‘filter bubble’—they’re exposed to loads of new ideas.”

Keep the communication coming: Ohm’s next fundraiser is a Fun Run on September 14. Find details at ohmradio963.org.

Listen Up - A sampling of Ohm Radio’s programming; visit ohmradio963.org for a full lineup

“Lowcountry Local: The Best of the Charleston Music Scene” -- Monday, noon-6 p.m.
Ohm shares picks from its local music database. Among the ever-growing collection of 100,000-plus songs are tunes by the likes of Jordan Igoe, Slow Runner, and Shovels & Rope.

“Tales from the Manor with Jaye Smith & Summer Alexander” - Every other Wednesday, 1 p.m.
Local nonprofit Enough Pie airs the oral histories of residents living in Joseph Floyd Manor public housing for the elderly and disabled. 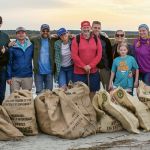 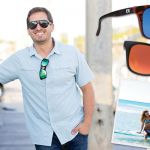 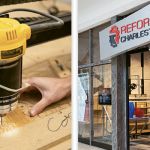