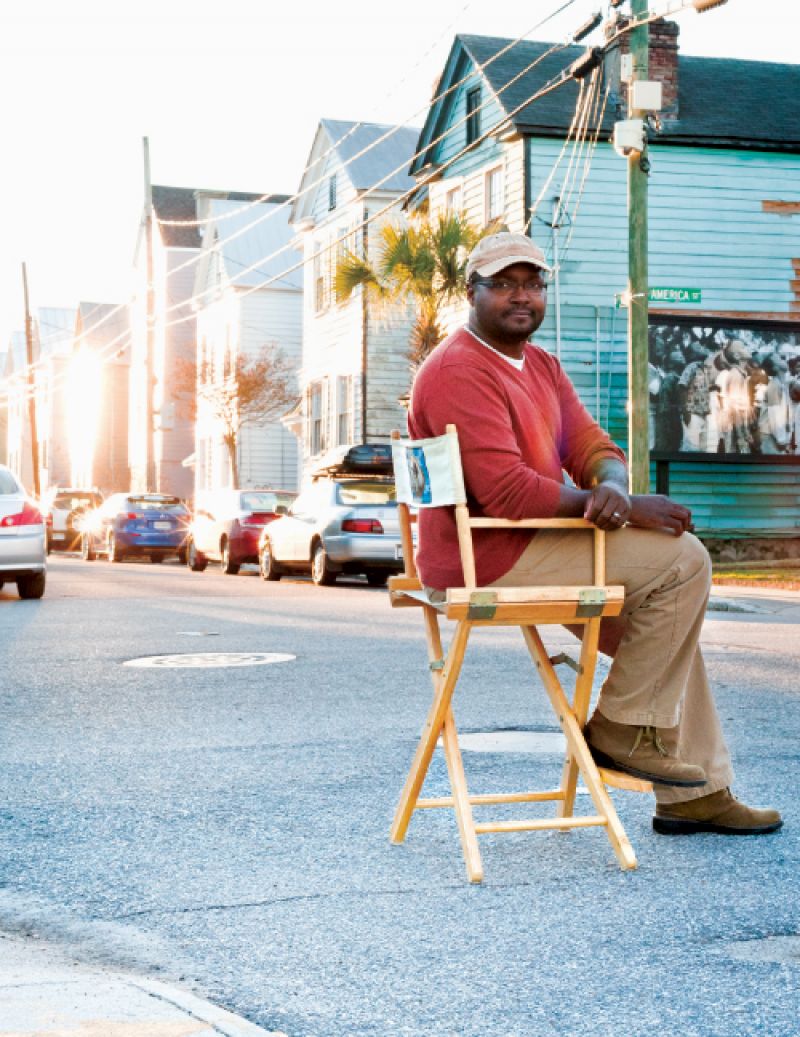 When local filmmaker Travis Pearson premiered his debut feature-length work, America Street, at James Island’s Terrace Theatre last November, he never expected a standing-room-only crowd. But that’s exactly what he received. The film, about a Lowcountry man who gets out of prison and learns he has a seven-year-old son, was received so warmly that it was selected to screen again alongside films from around the world during the Terrace Charleston Film Festival from March 12-15.

It’s a moment that Pearson—who was raised in California before joining his mother in the Holy City 24 years ago at age 18—has been aiming toward for a long time. After attending Trident Tech and North Carolina School of the Arts, he worked on major films like Radio with Cuba Gooding Jr.; documentaries with PBS; and his own documentary, Voices of the South, about the connection between hip-hop and Gullah culture. We sat down with the Summerville husband and father to learn more about his journey.

Where it all started: I was 13, living in Long Beach, California—South Central [Los Angeles], really—and there was an art house theater nearby. I saw a Fellini film and from then on just wanted to make movies.

Career history: I used to manage the Mount Pleasant Barnes & Noble while working on films that came to town. I was doing PA stuff; then I became an assistant director, a casting director. I hooked up with [Emmy Award-winning director] Dante James and started freelancing for PBS. I did some music videos in Atlanta when its music scene was really coming up. That was way back in the day; Kanye was part of a rap group! In 1997, I began doing film full time.

America Street's message: Michelle Alexander’s book The New Jim Crow, about the mass incarceration of African-American males, inspired me in making America Street. While Bucks, the protagonist, is in prison, he has his tongue removed. After being released, he is forced to take care of a kid he never knew he had. There’s a lot of symbolism in the movie, specifically of the voicelessness of African-American males.

Next steps: I want to get America Street widely distributed. This film is the introduction to my grand scheme. I really see it as a TV series—I’ve written the first two episodes. I’ve also written another full-length feature, We Are Tomorrow Hiding, that’s set in 1863.

Race relations: All this stuff that’s been happening—Ferguson, Eric Garner—has drawn attention to what needs work in this country. Raising two sons, I’m more concerned about that. My seven-year-old, he’s still cute, so people don’t see him as a threat. But I’ve had to have that conversation with my 16-year-old about how people perceive him.

The importance of art: I feel like art has done more to bring people together than any law has. I want my film to inspire discussion, but I wanted to tell this story in a way that wasn’t preachy. I wanted it to be entertainment.

When not behind the camera: Another passion of mine is the study of African history. And I’m a big lover of jazz and hip-hop music.

Watch the trailer for America Street: 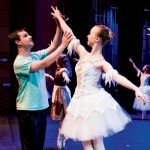 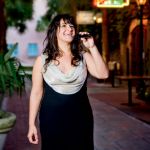