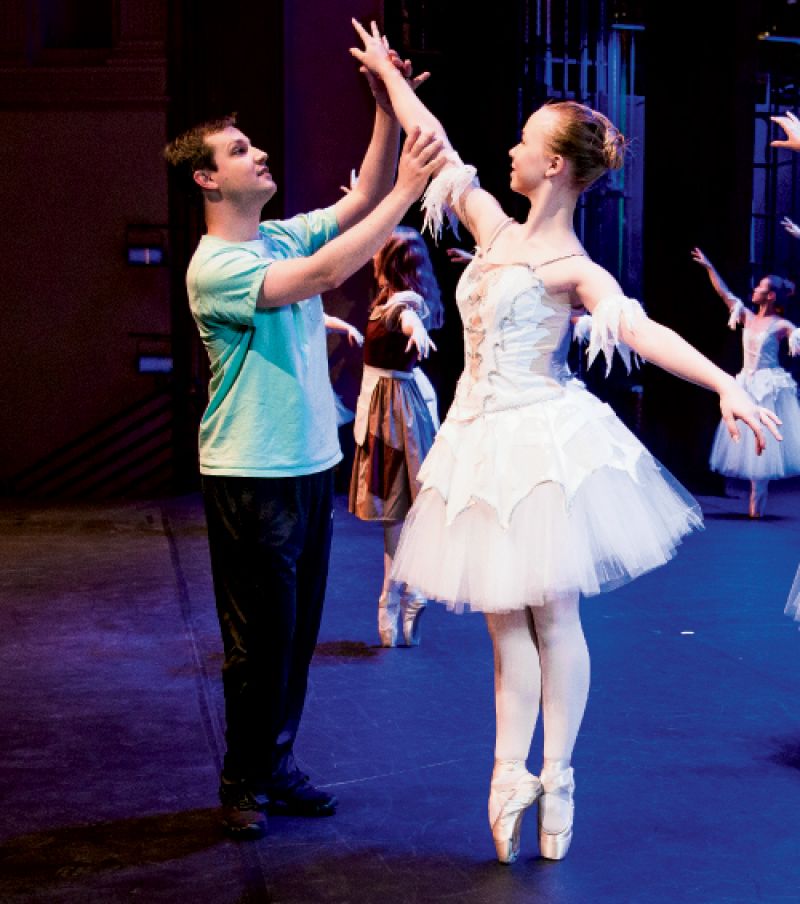 Jonathan Tabbert was pegged early on as not only a talented dancer but also a choreographer who could skillfully interpret ideas and stories through movement. In fact, when the Ohio native was 11, he created his first ballet at the Chautauqua Institution in New York, receiving encouragement from prominent dancer and artistic director Jean-Pierre Bonnefoux. Tabbert went on to hone his skills at Florida’s HARID Conservatory and at age 17 was swept up by Charleston Ballet Theatre (CBT), soon becoming a principal dancer. After the demise of CBT, Tabbert co-founded the Charleston Dance Institute in 2012. And this February 27, the studio’s new company, Ballet Evolution—for which Tabbert is artistic director—debuts in Ancient Tales, a show featuring music composed by local Laura Ball and performed by Chamber Music Charleston. Here’s what he had to say about it all.

Groove town: There is a love for art in general in this city, so it’s a perfect place to incubate a healthy dance scene. These past few years have been transitionary for the dance community, and I am proud that Ballet Evolution has grown from concept to fruition. We are going to be a significant and refreshing voice for dance in Charleston.

Ballet Evolution’s mission: It will reintroduce the classical arts model to Charleston by fostering new works by current choreographers and composers, presenting ballet with live music as it was originally intended. Laura Ball, Sandra Nikolajevs of Chamber Music Charleston, and myself form the creative foundation but are leaving the doors open for other artists to join in as Ballet Evolution grows.

On Ancient Tales: We are thrilled to be hosting international guest dancers Ezlimar Dortolina and Andres Neira in a spectacular world premiere of three ballets marrying mythology, history, and tales of human origin as told through classical dance and the music of Schumann, Prokofiev, and Laura Ball, played by professional musicians. The ballets are lofty, but I think people will be enticed by how we’ve visualized them—sleek and neoclassical.

Charleston Dance Institute: We teach discipline and proper technique in a nurturing atmosphere. We work with well-rounded students and young dancers who respect the other dancers, themselves, and their craft.

As an artistic director: I’m probably the most even-tempered and patient person there is. It takes a lot to frustrate me. I’m not afraid of hard work, which is what it will take—most things that are worth it do.

For fun: At the moment, nothing, since I am always at the studio, but I am a huge movie buff!

Favorite movie: Fried Green Tomatoes; I grew up watching it, and it makes me laugh and cry.