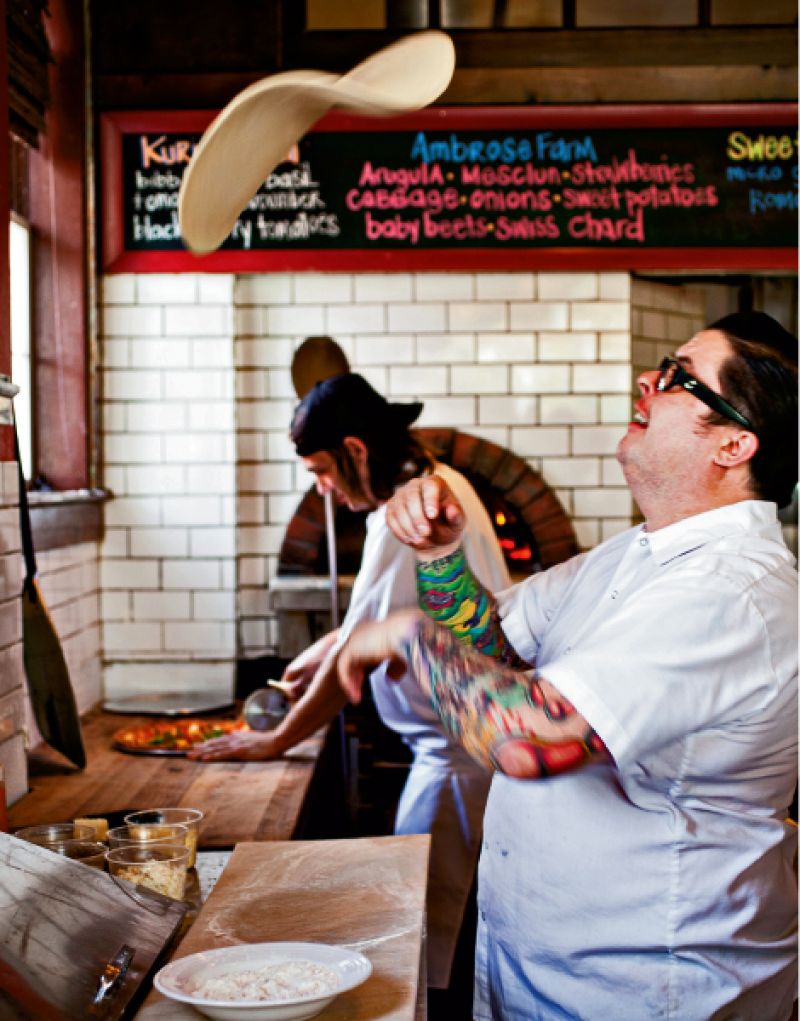 You might not think of a neighborhood pizza joint as a spot to find seasonal produce, but at EVO, local products pervade the menu. “The farms are amazing here,” says co-owner Ricky Hacker. “And sources like GrowFood Carolina are on their way to making an even wider array of local products easier to get.”

With the first flush of spring, chef Matt Russell has put together a lineup celebrating the Lowcountry’s bounty. His menu starts with a salad. Strawberries from Ambrose Family Farm contrast with rich blue cheese, peppery arugula, and tangy pickled onions. Heirloom beets round it out with an earthy sweetness.

<p>With the first flush of spring, chef Matt Russell has put together a lineup celebrating the Lowcountry’s bounty. His menu starts with a salad. Strawberries from Ambrose Family Farm contrast with rich blue cheese, peppery arugula, and tangy pickled onions. Heirloom beets round it out with an earthy sweetness.</p>

<p>"The dough is an empty canvas,” says Russell, who designed two pies loaded with fresh flavors from the spring garden. “Potatoes, leeks, and garlic are a classic combination,” he says of the first. “I thought about what I would love on a loaded baked potato.”</p> <p>And for home cooks who may be intimidated to make the perfect pizza crust, the chef explains that while tossing the dough makes for a thinner crust, rolling it out with a rolling pin works well, too. “You don’t have to throw it up in the air,” he says.

<p>A second pie frames another array of flavors. “The spicy Calabrese salami and pickled peppers are a tried-and-true pairing. Quick-pickling the peppers tones down their heat, adds acidity, and makes their texture different too,” Russell says. “Fennel and young peppers are beautiful here in the spring,” he adds. “The fennel has a spiced sweetness that plays off the anise in the salami.”</p>

<p>Wrapping up Russell’s spring menu is a strawberry panna cotta. “As a kid, I always loved strawberry Quik and strawberry milk shakes,” he says. “The combination of something creamy and cool with the fruitiness of strawberries, especially freshly picked in season, is hard to beat.”</p>