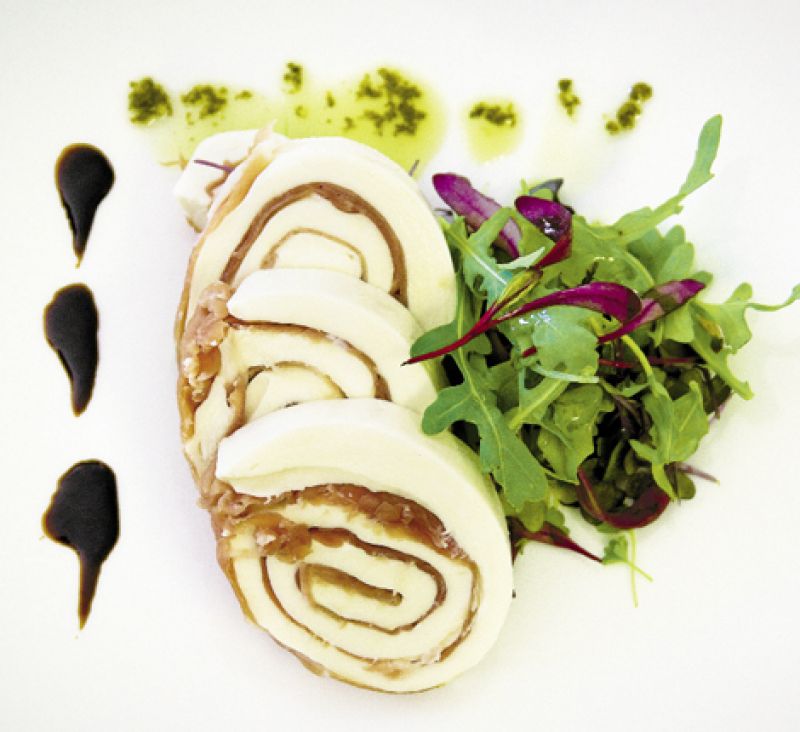 There’s nothing like the Wine + Food Festival, plus the March 20 arrival of spring, to get you in the mood to work some new ingredients into your menus. And John Zucker, chef-owner of Cru Café and Cru Catering, has just the one: freshly pulled mozzarella.

“Once you get comfortable with the mozz-pulling process, it’s easy and only takes about 10 minutes,” he enthuses. The Le Cordon Bleu graduate worked with top chefs, including Wolfgang Puck at Las Vegas’ Spago, and served as a restaurant consultant before opening his catering business in 1999 and downtown eatery two years later.

In his efforts to serve the freshest of fare (Cru Café doesn’t even have a freezer), he’s been making his own mozzarella for some 15 years. “You truly taste the difference. When fresh, the cheese can take anything from pizzas to tomato salads to an entirely new level.”
Convinced? Start by procuring mozzarella curds from Cru Catering or through online sources such as goldenagecheese.com or todarobros.com. “You can buy more than you need and freeze some for later, which won’t effect the quality of the cheese.”

As for pulling the mozzarella, “the most intimidating part of the process is putting your hands into the hot water that’s used to melt the curd,” says Zucker. “Protect your hands from the heat by plunging them into a bowl of ice water right before handling the cheese.” After that, it’s just a matter of stretching the mozzarella until it is smooth, shiny, and elastic enough to form into a variety of tasty shapes.