Up From the Ashes

Up From the Ashes
February 2014
WRITER:
ellen mcgauley
LaNelle and Robert Barber rebuild on Bowen’s Island 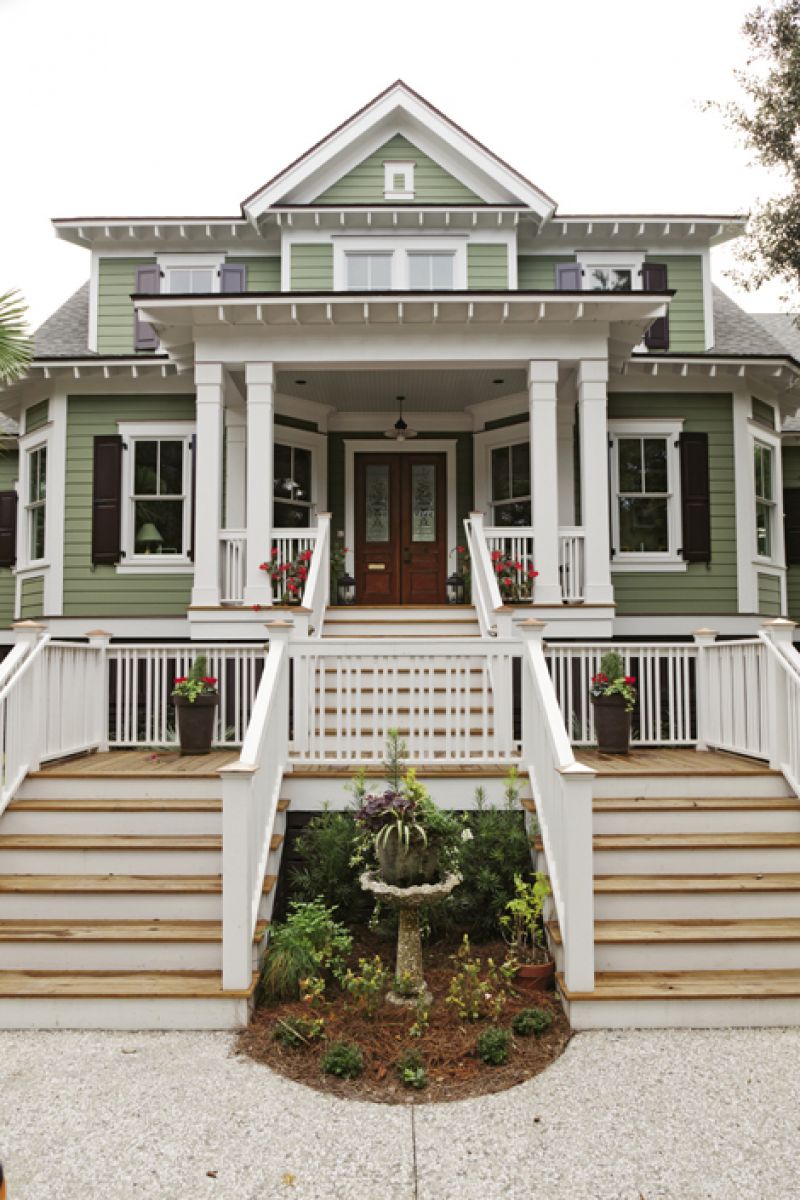 When it comes to comeback stories, surely Bowen’s Island ranks near the top of Charleston’s list. In 2006, a kitchen fire brought the iconic, come-as-you-are restaurant to the ground, leaving owners LaNelle and Robert Barber to sift through the ashes.

They didn’t take long to dither over a resurrection. Just one year later, the 60-year-old seafood shack was back, its unfettered spirit drawing locals down its long dirt road again in droves.

For the Barbers, you’d be hard-pressed to hit closer to home than that—after all, they live a stone’s throw away from the eatery, making for a convenient, oak-canopied commute to work—but five years later, the flames returned. This time, fire ripped through LaNelle and Robert’s own house, a 1980s dwelling with a primo spot facing marshy Folly Creek. Forty percent of the structure burned, “enough to declare it a total loss,” notes Robert.

But perhaps it’s the couple’s own spark, their flair for resurrection, that keeps them from getting mired down in loss—or for that matter, even hesitating when it comes to building right back up again, brighter and bolder than before. “Once we learned that we were going to have to tear the house down, there was no question that we would rebuild in the same spot,” says LaNelle, adding that the fire happened in August, and by October, they were meeting with architects and showing them their ideas.

These were, of course, concepts borne out of necessity—not exactly the long-refined stuff of daydreams or the desire for change that brings most couples into the world of floor plans and drafting tables.

So where did they start? With as much “old” as they could find, explains Catherine Anne South of Dolphin Architects & Builders, the design/build firm the pair hired for the task. “From the beginning, the Barbers’ first priority was to reclaim as much as they could from the rubble,” she says. The kitchen island, for instance, could be saved, along with some tiles, a bit of cabinetry, and even a table the firemen had tarped to shield from further damage.

It wasn’t much, but it was the kind of starting point they needed. “With the right materials, we knew we could build a house that didn’t appear brand new,” says LaNelle, who had read a magazine article on a home that used historic remnants to create an older, more established aesthetic. “Robert had used salvaged architectural elements at the restaurant, so we figured, rather than selecting all new everything, we’d see what else we could find.”

Together with Dolphin’s trim crew, Robert began scouring architectural warehouses all over South and North Carolina looking for reclaimed doors, wood paneling and floors, ceiling tiles, and other odds and ends. And what they found was the beginnings of a puzzle—pieces that, one by one, they’d fit to the “new old house” that was slowly coming together out on the island.

But it wasn’t easy. Granted, old interior doors with rich history are (metaphorically speaking, at least) a dime a dozen—they picked up one lot salvaged from a convent in Greenville, another from the Twitchell Mansion in Spartanburg—but finding a dozen of them similar enough in size and style to live harmoniously in one house “was the biggest challenge we had in making this work,” notes Robert, adding that the doors also had to fit the house itself, which was designed with 10-foot ceilings. “Most of the pieces we found were not that tall.”

Like any puzzle, solving it required a sound strategy. “Because we had all of these different door sizes and styles, we began grouping them together according to style and height,” says South, who then assigned each group to different sets of rooms. “We built transoms to harmonize them with the ceiling height, and slowly, all these misfit pieces began blending with the house extraordinarily well.”

The same sense of belonging was true with the other hunt-and-find elements they netted: among them, hardwood floors salvaged from an old house in St. George; door plates and other antique hardware from a collection that surfaced in Robert’s family; beadboard from a dealer in Chapin; pressed tin ceiling tiles from Brevard, North Carolina; and a display counter-turned-bathroom vanity from a general store being torn down in Cross, South Carolina, in Berkeley County. “It has a marble counter and a glass display case formerly used for merchandise,” says Robert. Dolphin’s trim crew created a wood base for it and turned the sliding display doors into a large medicine cabinet.

And then there were the pieces from the old house: the kitchen island and dining table were refinished and reused, surviving cabinetry was repurposed for storage in the new utility room, and their former kitchen backsplash—a collection of decorative tiles cut out of the wall and salvaged—went right back up behind the oven. “All but two of those tiles made it through the fire,” says LaNelle. “A friend gave us replacements as gifts, which have become very valuable to us.”

Perhaps one of the most remarkable survivors didn’t come from the old house at all, but rather, from the old restaurant. “Before we cleaned out all the rubble and debris after that fire, an art professor from the College of Charleston brought a class out to sift through the materials as a starting point for an assignment,” recalls Robert. “One of the students took some of our burned, metal chairs, made a chandelier out of them, and gave it to us. We took it to Momeir Electric to have it wired and hung it here in the foyer.”

“The marriage of old and new in the house gives it a familiar and very established feel,” says South. “They saved as much as they could, then built up from there.”

“Up,” indeed: after all, flood regulations have changed dramatically since they fashioned that first house on Bowen’s Island, which was just three feet off the ground. Now a full nine feet up, “The view is spectacular,” says Robert. “I don’t think there’s a prettier sunset than here on Bowen’s, and we have full view of that now.”

And, he adds, he was surprised at how quickly they felt comfortable in their “new” dwelling.

LaNelle agrees. “It has a nice old feel to it, more than you get from just putting up sheetrock,” she adds. “It has a warmth, like we’ve been here forever. And that’s what we wanted, because we have been here quite a while.”