The Watermen
November 2009
WRITER:
Peter Frank Edwards
They begin their long days before dawn, the sun greeting them as it skims the horizon. This is the calm that belies the rough waters of a changing industry, the siren scene that beckons these fishermen day in and day out. Lowcountry crabbers, shrimpers, clam farmers, and oystermen ride the tides of ebbing harvests, swelling expenses, uncertain economies, and fickle environments, their passion for the life aquatic the constant that keeps an age-old lifestyle afloat 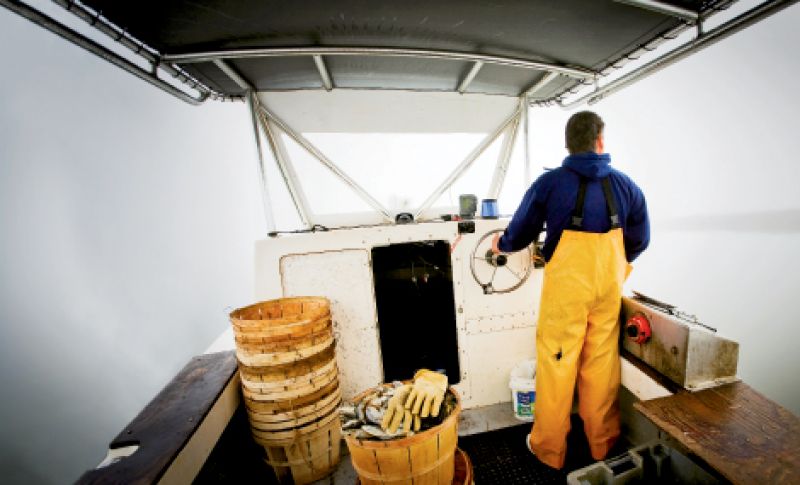 MELTING POT: Last spring proved slow for local crabbers. As the shedding season got under way in April, the water temperature dropped significantly, killing off a great number of soft-shells. “Things like this cycle every seven years—at least that’s what the old-timers say,” laughs veteran crabber Todd Bonney, whose father taught him the trade four decades ago. But the situation seems to be improving this fall, with a new batch of blues making their way into our harbors and rivers. The tricky part now, says Bonney, is reading market fluctuations. “I’ll go out and get anywhere from five to 50 bushels, depending on what the market’s doing. You can’t give the middlemen too many—if you give them more than nine bushels, they drop the price on you. Give them more than 15, and they drop it even more.” Between October and March, the Lowcountry also sees an influx of importers from Virginia, Maryland, Pennsylvania, and New York, and these out-of-state merchants usually pay double. But Bonney stresses that Northern buyers won’t travel this far south in the summer, and he tries to retain business with local vendors.

NET ASSETS: Captain Tommy Edwards has been shrimping since he was 14, when he and Junior Magwood spent every weekend on the water. Thirty-six years later, he’s still shrimping, but the tides have shifted. “The only way to stay in business now is to work two jobs—I have to catch ’em, and I have to peddle ’em,” he says. While fuel prices aren’t bearing down as hard as a year ago and competition isn’t a significant factor anymore (only about one third of the Shem Creek shrimpers from 10 years ago are still in business), captains are facing a tough market and a slim harvest. “Thank God we caught more shrimp last year when gas was up to four bucks. This year, the price is down, but so is the number of shrimp,” says Edwards. Still, the biggest hurdle is having to “hustle our catch to make a profit.” Even in an area where consumers look to buy local, the income barely covers expenses. And no money coming in means no crew coming in either. “It’s hard to find people who want to do this.” For Edwards, though, it’s in his blood. “This is the only thing I’ve ever done.”

SHELL SEEKERS: During the last 25 years, clam farming has developed into a viable form of aquaculture driven by watermen looking for an alternative to shrimping, sharking, and oystering. “Those industries face unsteady income, rough and dangerous conditions, and high overhead,” explains Toby Van Buren, who started in fisheries in 1979 but turned to clamming in the late ’80s. Clam farmers still confront a limited market, harsh weather, long hours, and predators encroaching on their harvests (Van Buren recalls recently struggling with stingrays that were attacking his clams behind Breach Inlet), but “it’s steady, safe, and quiet work—a lot like farming,” he says.

SEASONAL HARVEST: It may be too early to tell what this year’s oyster market holds, but “it doesn’t really depend on the economy,” says longtime waterman Tim Crosby, whose family has been in the seafood business since the mid-1970s. “People still have roasts.” While customers may remain dependable, it’s hard to say if the local oyster population will do the same—quantities have held steady over the past two decades but are below peak numbers from the cannery heyday. In this industry, the biggest challenge—other than the cold, wind, and rain, jokes Crosby—is the supply. “In the last 25 years, coastal development, poor water quality, and overharvesting have caused numbers to go down.” In response, regulatory agencies are rotating shellfish grounds and encouraging oystermen to cull on the riverbanks, keeping shells along the water’s edge to build up beds.