The Art of Summer 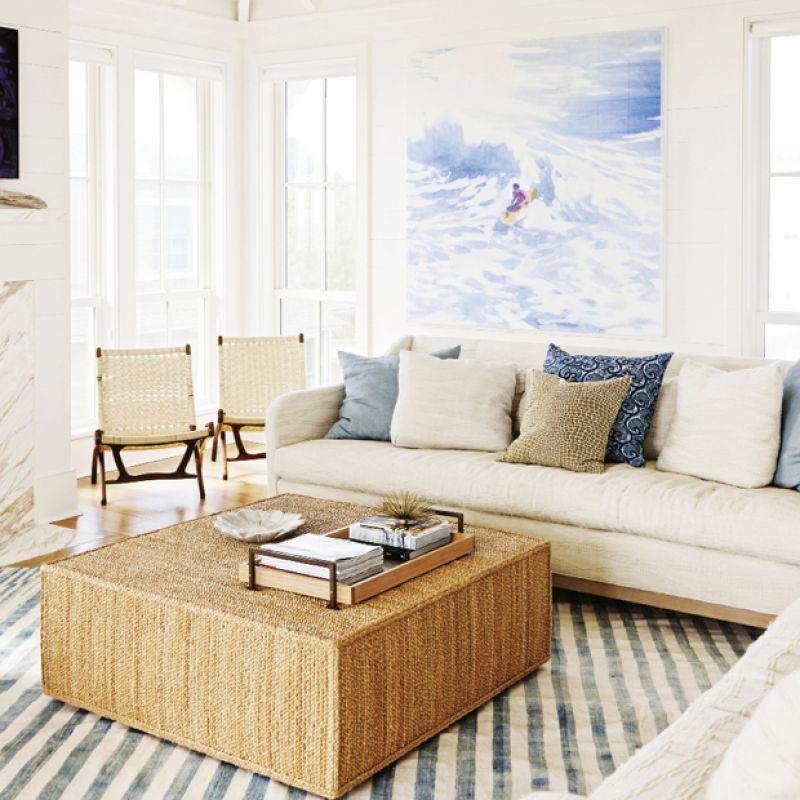 Slip away to where the day’s schedule is ruled by the tides, where beach cruisers replace taxi cabs, and where sand between the toes displaces urban grit...

Hectic, fast-paced, chaotic, high stress—this is life in New York City, even amidst all its rich cultural offerings. Add two young kids to the mix and Manhattan can be a lively jumble of fabulous opportunity and frustrating obstacles. But slip away to where the day’s schedule is ruled by the tides, where beach cruisers replace taxi cabs, and where sand between the toes displaces urban grit, and the lure of a seaside Sullivan’s idyll becomes obvious enough. So it is for a young New York City couple who has created an easy-living, high-style beach retreat for their family.

“We wanted it to look and feel like a quintessential Sullivan’s Island beach house,” says the owner, a Virginia native and Clemson grad who lived in Charleston (and loved Sullivan’s) for four years before she moved to Manhattan. The front-beach lot, thought to be the site of an old hotel, is almost a geographical center point of the island, with spectacular views both up and down the beach. Looking out from the home’s second-floor porch, the wide green lawns juxtaposed against an endless ribbon of sand and the expansive vista of the Atlantic evoke a deep, contented sigh.

“It’s such an incredible view, so peaceful and rejuvenating, the perfect contrast to the city skyline,” says the busy young urban mom.

“This house is all about the setting,” notes the owner, who enlisted architect Beau Clowney to capitalize on the “huge horizon of both sky and water” while designing a “new home that felt old,” a home that carried forth some of the classic elements of the old island bungalows, many of which were lost or damaged in Hurricane Hugo and are now replaced by sprawling new construction. “Casual and comfortable was what we wanted,” she says. “Not a fancy house, but one that was really beautiful and a fun place to be.” The other stipulation was that the home be spacious enough to host guests but cozy enough to keep the family connected when the four of them were there solo.

Two in One
For their beach oasis, the family wanted a flipped house, or inverted floor plan. “Actually my husband wanted it inverted to make the most of the scenery; I was skeptical at first,” the wife says, though now she confesses she loves the great porches and breezes the layout affords, in addition to the killer view.

Clowney also had reservations. “The challenge when you have a flipped house and all this square footage of living space on the top floor is to keep the scale and mass of the roofline in keeping with the Sullivan’s Island roofscape,” he says. His solution was to design a two-fer: basically two houses joined by a hyphen, similar to 18th-century Charleston homes linked to outbuildings or kitchen houses, or the way one would (or should, according to Clowney) add on to an older home—“it should protect the volume of the older house in a respectful and deferential way.” In this instance, Clowney designed a “house on the street that has an intimate, historic scale to it, joined to a classic old-style family beach house on the ocean side.”

The guest bedrooms, including a cozy bunk room that sleeps four, are on the first floor, and the family living areas are on the second floor, with the master bedroom and the boys’ twin bedroom on the street-facing side of the house. “The boys are still young [ages six and three], so Mom and Dad wanted to function as a small family unit in that section of the house,” says Clowney.

But even though their bedrooms aren’t facing the beach, he ensured they had glimpses of the water. In the master, the architect added a triangular bay window, or “beak” (a Victorian detail said to be unique to the island and that he once photographed on an old Sullivan’s home) that expands the room’s ocean view. While there are ample beds and bedrooms, they are modest, even small, in size. “The owners wanted their family time and time with guests to be spent outside, enjoying the beach, so large rooms weren’t necessary,” Clowney notes.

Windows and porches abound. “We love our porches. The transition between inside and out is so subtle,” the owner says. “It’s so easy to be outside, which is the whole point.” Interior designer Jenny Keenan worked with Clowney from the early stages to coordinate finishes, lighting (mostly refurbished vintage glass and metal, custom-made by a Raleigh, North Carolina, artisan), and built-ins. She also oversaw the endless details, such as making sure the window seats in the den had ample storage for the boys’ toys and that the vintage wooden doorknobs rescued from an obscure architectural salvage warehouse could be made functional (trickier than you’d imagine). “All these little touches—the classic bathroom tile patterns, the repurposed fixtures—make the house ‘live’ old. People always ask when it was renovated, not realizing it’s new construction,” says Keenan.

“Jenny is the real deal—and she’s a wonderful collaborator. It’s all definitely her work, but it really reflects who our family is,” says the owner. Though she is admittedly “not comfortable with color,” Keenan won her trust and “broadened my horizons,” she adds. Case in point: a bright yellow coffee table steals the show in the family room. The table—custom-crafted in the style and material of a vintage surfboard—is a work of functional art. Elsewhere, calming cool blues in various patterns from old dhurries brighten the oak floors, and vintage indigo textiles add punch to a mishmash of pillows on the comfy oversize sofas. “This house is all about the setting and bringing in the sunshine, and Jenny definitely used white with pops of color and great lighting fixtures to make the most of that,” the owner says.

Art-Infused
“It was fun to work with a great young couple with such a fresh view on everything,” says Clowney. “They wanted a beachy feel but clean lines. And they really wanted to showcase their art.” Keenan, along with the owner’s cousin (a professional art advisor), was instrumental here, pointing them to unique local pieces, such as works by the late Don ZanFagna and Charleston Artist Collective members Ann Keane and Lynne Hamontree. A wall-size panorama by Italian photographer Massimo Vitali anchors the first-floor hallway. Throughout the home, shiplap walls doused in Farrow & Ball’s “All White” imbue an old beach house ambiance while creating the perfect backdrop for art.

But some of the home’s artful details are not on ready display. In fact they are closeted. A quick peek-a-boo in each bedroom closet reveals beautiful wallpaper, ranging from classic designs circa-grandma’s house to swanky mod graphics. No corner in the house is left undressed, but in keeping with the owner’s no-fuss style, nothing feels forced or overdone.

This holds true down to the ground level. Finished with a brick floor and teak furniture custom-made by local craftsman Brian Hall of Kistler Design Co., the “underbelly of the house,” as Clowney calls it, is an open-air respite from the heat and sun. “There’s always a wonderful breeze down there. It’s a great entertaining area,” he says. Sheila Wertimer’s understated landscaping, including a bluestone courtyard with a centerpiece olive tree, adds texture and bits of color without detracting from the real outside draw—the beach.

“We are always hopping on our bikes to explore the island. For us, Sullivan’s is such a wonderful counterpoint to New York City—a totally different culture,” the owner says. “For our kids to be able to just open the door and have a sense of independence and adventure—it’s great.”

For now, the family is content spending adventurous, laid-back summers on Sullivan’s and returning intermittently for school vacations and holidays, but one day that may change. “I definitely fantasize about living here full time,” the owner says. “They’re building that beautiful school just 500 yards from our front door, and I imagine how nice it would be for the boys to walk there.” Then the daydream ends, and “it’s time to get back on the plane and return to our world of daunting logistics….”

But, for the time being, their island abode, with ample room for visitors to plop on a bunk or hang out on a porch and plenty of relaxed, easy-living space for family time, is an ideal home-away-from-home, the one with no worries, no cares, and a little more color than usual. 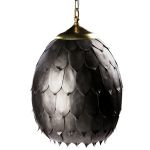 Charleston is a hotbed for handcrafted home goods. Meet some of the area’s most talented artisans and peek at their products, designed and fabricated right here in the Holy City

The renovation of her 1960s tri-level leads artist Sally Bennett, and her family, down a new path 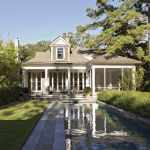