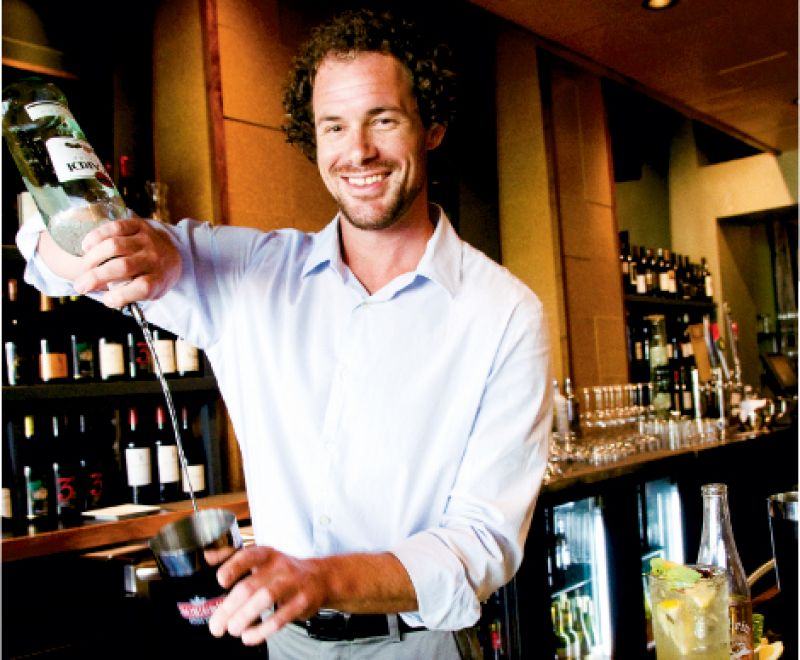 So often, rum-based cocktails become predictable, cloying daiquiri disasters, closer to desserts than drinks. Not to mention that all that sugar and syrup renders them completely undesirable in the Charleston heat—even in the last days of Indian summer. But in the hands of Mike Barnum, Eurasia’s general manager and sometime bartender, rum is released from its sugary prison and finally gets the respect it deserves.

“A good rum cocktail shouldn’t be over-powering, but it should have some sweetness to it,” Barnum explains. Having worked in restaurant and bar management for more than a decade—whipping up cocktails in Washington, D.C., Los Angeles; and Virginia Beach—he relocated to Mount Pleasant last year to run Eurasia. He and the rest of the eatery’s team entered the Charleston Bacardi Classic in June, and his Changes in Latitude cocktail—Bacardi Superior, Blenheim Ginger Ale, cool lemon-basil sorbet, St. Germain, and a sprinkle of star anise—earned an unanimous vote from the judges and scored him a trip to Puerto Rico.

A cooling concoction—not unlike a mojito or caipirinha—Changes in Latitude gets its game from the sinus-clearing heat of Blenheim Ginger Ale, specifically the Old #3 Red Cap variety, sold in stores and at blenheimgingerale.com. It’s an unexpected addition that perks up the rest of the ingredients, including the star anise, which is often unloved for its engulfing licorice flavor, but in this case adds a pleasant floral note to the background. Meanwhile, the scoop of lemon-basil sorbet tones down some of the cocktail’s bigger flavors.

“The reason I think this drink is special, is because it’s refreshing before it’s anything else,” says Barnum. “The whole idea is to get outside and drink one or two—or maybe three,” he says with a smile.