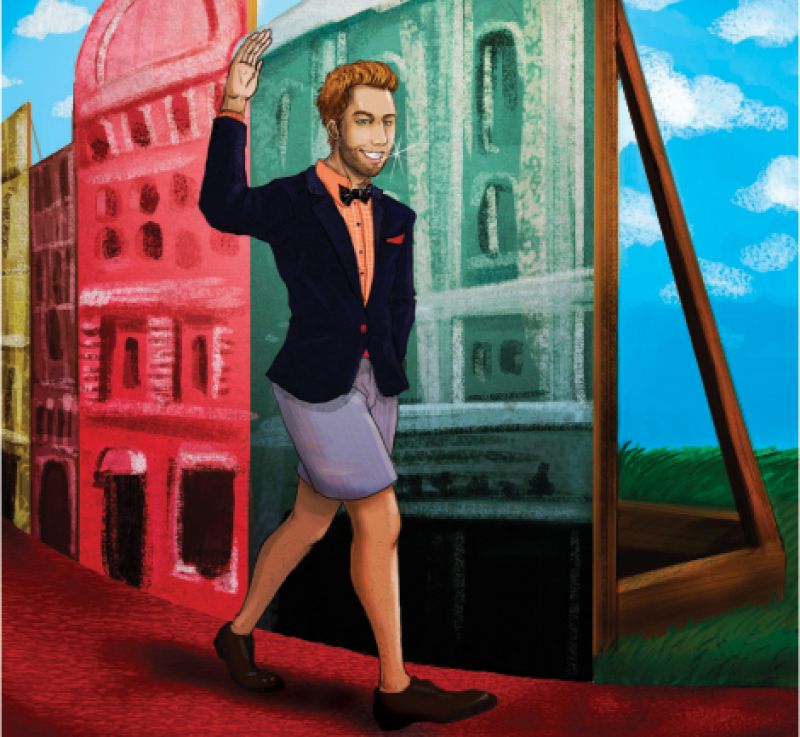 Welcome to Hollywood. There was a time around here when the cameras didn’t burn so bright. When our tawdry secrets were tucked tight into our corsets and our sizzling Dixie city was a hidden jewel, a well-kept cache of mannered mama’s-boy bachelors, syrupy Southern belles, old bourbon, new heirs, spilt cleavage, and the kind of “help” that gets those Northern folks into such a tizzy. It was privileged, private, and sweet as Sunday tea—that is, before reality TV busted through our camellia bushes to expose the spoils of our long life of leisure.

Right. If anyone in broadcast range of Bravo buys that, I’ve got a slum on Sullivan’s Island to sell you.

This Southern Charm business, the reality show set to air next month, is California dreamin’, nothing more. Delusions of dated grandeur, fairy dust trotted out by Tinseltown. (Careful though. That sparkly white stuff can land you in the pokey….)

We all know what they’re after: A glimpse at old Charleston, old money cut loose on modern streets—and if all goes as planned, all the scandal you can handle. Rhett Butler on an iPhone, perhaps.

Will they get it? We’ll see. It all comes down to a gaggle of good ol’ boys the producers have plucked from some of the more expensive bar stools and sleeper sofas in town. They’ll be spit-polished and decked in Billy Reid—of that, you can be sure. Maybe throw a seersucker suit and a teeth whitening in for good measure (paid for by the Bravo teeth-whitening department, no doubt… I heard they do that).

Around the time news of this broke, a friend asked me if it was possible to “over-Google” something. If so, she had, and she did on her quest to find out just how bad this show would ruin our classy rep. In fact, not liking the sound of it has become something of a litmus test of good taste (or at least, our newest one).

But come on. Did you really think we’d coast along on our “Best of” accolades without a little parody, a fly in our soup? It could be worse—Hollywood could have sought out some grumpy old coot, asked him about the “War of Northern Aggression,” and let the cameras roll.  No, I have a feeling this will be more like a good cocktail party crashing, similar to the tipsy guy hiccupping and snoozing on the porch. And that’s usually funny.

Besides, can you imagine the producers’ meetings? “I’m going to need a Sunday out at the plantation and a Boykin spaniel STAT, oh and somebody named Bessie. Anyone, anyone at all. You can name the dog Bessie for all I care. Moving on…. Sunday service in a big white church, check. I’m also going to need a piazza and someone complaining about the smell of… hold on, now what the hell is ‘plow’ mud?”

And you can bet your good silver they’ll shoehorn plenty in about genteel Southern manners. But what are they going to do when Gentleman A tiptoes out of some poor belle’s house in his skivvies at the crack of dawn? We have to assume the producers are trained for this sort of thing. “Listen, you can’t just leave.... Get back in there and say something lovely.” Cut to gent leaning stiffly over the bed. “Excuse me, Miss… uh, what was your name again? I’m terribly sorry, I so enjoyed our association, but I’m afraid I’ve been called away on plantation business, and I must rush off.” (Nudge from producer.) “Oh, and thank you for your, um… hospitality?”

Rhett Butler might be a bit of a stretch.

That’s the rub with reality shows, isn’t it? The reality part can be a bit tricky. Hence, a fortune’s worth of filming delay fees they’ve no doubt racked up from our weekly floods (this ain’t Southern California—seems it does rain here, and hard) and Carnival mucking up their money shot across the harbor. (With that, we can sympathize.)

Here’s a clearer view of things: My cousin happened to be sitting in a coffee shop on East Bay when the show’s production crew descended. He watched as they commandeered half the place, an overdressed-for-a-Wednesday girl showed up, and everyone waited. Soon, an equally overdressed guy approached the entrance. This was, of course, when my cousin assumed cameras would be rolling. Not so.

The guy walked in, said hi, and then they had him walk in a dozen more times until they had it right. Until he walked into that coffee shop exactly as they envisioned someone ought to walk into a coffee shop in Charleston, South Carolina.

Meanwhile, behind them, real residents sipped coffee and penned their novels. Outside, they painted plein-air canvases of steeples and old stucco, hustled their kids to cotillion or the playground or friends’ houses for lunch. They picked up cheese and fresh bread for impromptu gatherings that came to them because the weather was right.