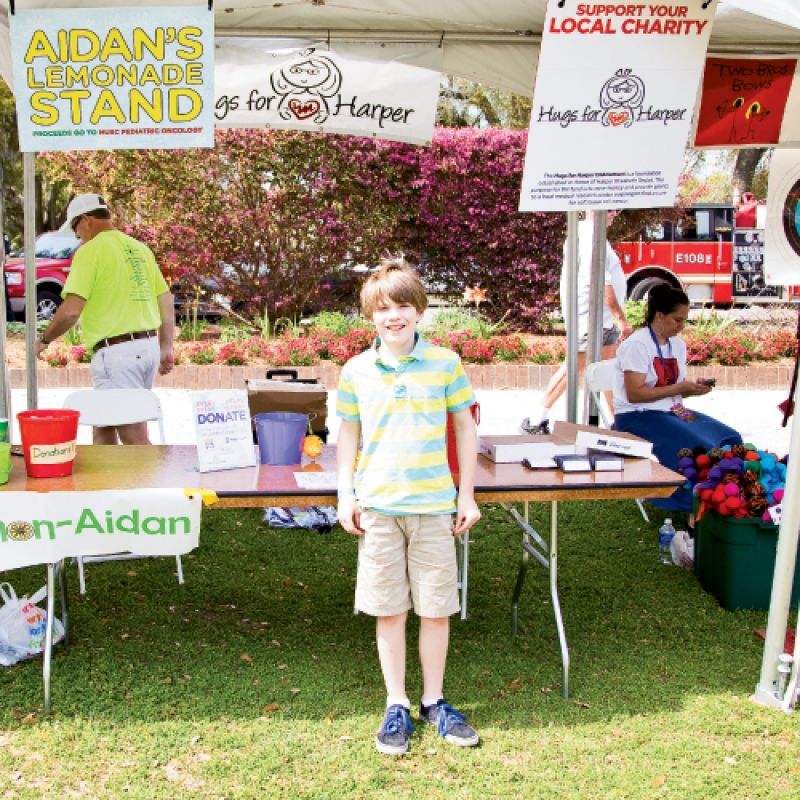 Setting up a lemonade stand on a hot summer day has long been a childhood rite of passage, and by 2011, Aidan Roff had run his share of them. Earning funds for toys or outings with his friends was the then-seven-year-old’s main motive, that is until he heard about Harper Drolet, a young girl with soft tissue cancer. Though they went to the same church and school, Aidan didn’t know Harper personally—she was a few years older than him. But when he learned of her death, it made an impact. “I decided I didn’t want any other person to die of cancer,” Aidan says. “I wanted to help raise enough money to find a cure.”

In the past three years, he’s used his lemonade-selling skills and philanthropic spirit to garner more than $5,000 for Hugs for Harper—the foundation in Drolet’s name that provides grants to local medical research seeking a cure for soft tissue cancer. In the process, he’s earned himself a new nickname: “Lemon-Aidan.”

It began with a lemonade stand outside of Wonder Works toy store, where Aidan and his parents spent warm Saturdays selling cups for 50 cents and asking for donations. “Somebody gave us a $1,000 check!” Aidan recalls. As the venture’s popularity grew, people started requesting Aidan set up at other local events. Soon he was being booked to speak to children’s church groups about giving back. In the past year, he also met with Mayor Joe Riley. “I think they like that someone my age is doing something good for the community,” Aidan explains.

In February, Aidan and his dad, Shamus Roff, decided to host an oyster roast to raise more funds. Though his parents booked the venue and band, recruited volunteers, and cooked the oysters, Aidan pitched in with planning, promotions, and ticket sales. “If he’s learned anything about business through this, it’s probably that you need to get a financial backer…aka, your parents,” his mom, Zoë, laughs.

Yet when asked what he wants to be when he grows up, Aidan doesn’t say an entrepreneur, a philanthropist, or a doctor. A normal kid to the core, he responds, “I’m kind of thinking a professional baseball player.” Pretty fitting since he’ll be selling ’ade and throwing out the first pitch at the RiverDogs game on Sunday, June 1. To learn where else you can find his cool concessions, visit facebook.com/lemonaidansc. 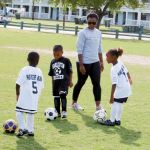 Goals for the Future 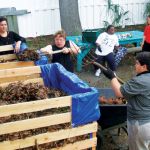 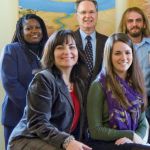