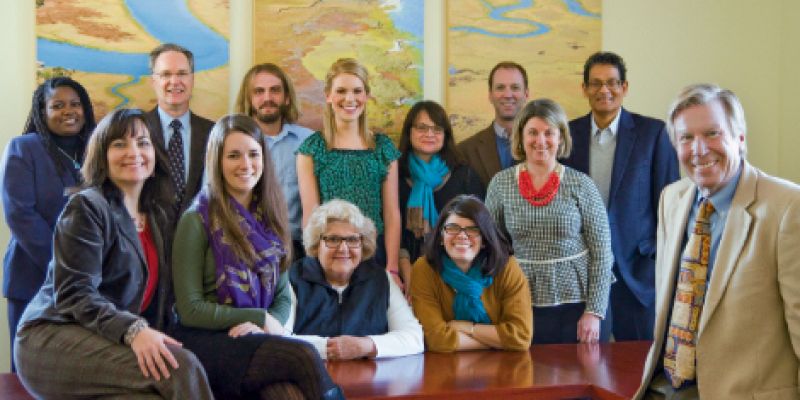 It’s hard to imagine our community without organizations like the Lowcountry Food Bank and Crisis Ministries to provide food, shelter, and care for citizens in need. But not long ago, these critical nonprofits were only ideas. How does a charity grow from a seed into part of the fabric of our city? In many cases, the common denominator is the Coastal Community Foundation (CCF).

Formed in 1974 by a group of Rotarians seeking to expand the potential of their charitable giving, CCF has since distributed more than $680 million in grants to individuals and nonprofits across coastal South Carolina, in addition to managing nearly $160 million in invested endowment funds.

Although many philanthropists involve themselves directly with a charity, others may recognize a need that’s not being addressed. That’s where CCF can be especially useful, calling on its network to inspire action. President and CEO George Stevens offers the example of the water fountains at either end of the Ravenel Bridge. A donor wanted to build them in honor of his son. CCF connected the appropriate agencies and brought the dream to fruition.

Sometimes, those conversations spawn new nonprofits that quickly grow wings of their own, like the Food Bank and Crisis Ministries. CCF’s endowments and grants run the gamut from supporting local artists to building affordable housing, based on a donor’s intentions. Each year, all grant and endowment beneficiaries are audited and evaluated by CCF, ensuring that even after a donor is deceased, their funds are still being used in the manner they set forth.

Stevens emphasizes that some funds and endowments begin with as little as $2,000, oftentimes in memory of a loved one or set aside as a multi-generational pool for family giving. “There’s a tendency to think that you need a million dollars to do this, and you don’t,” says Stevens. “If people know the feeling they want to create or the change they want to see, we can start connecting them to get things done.”

To celebrate its 40th anniversary this spring, CCF is hosting a celebration with donors and nonprofit leaders. As of 2013, the organization is the third fastest-growing community foundation in the U.S. That’s a fact Stevens attributes to the pride Charleston residents take in their city, saying, “For some reason, the Lowcountry inspires people to give back in a way that’s beyond what’s usual elsewhere.”