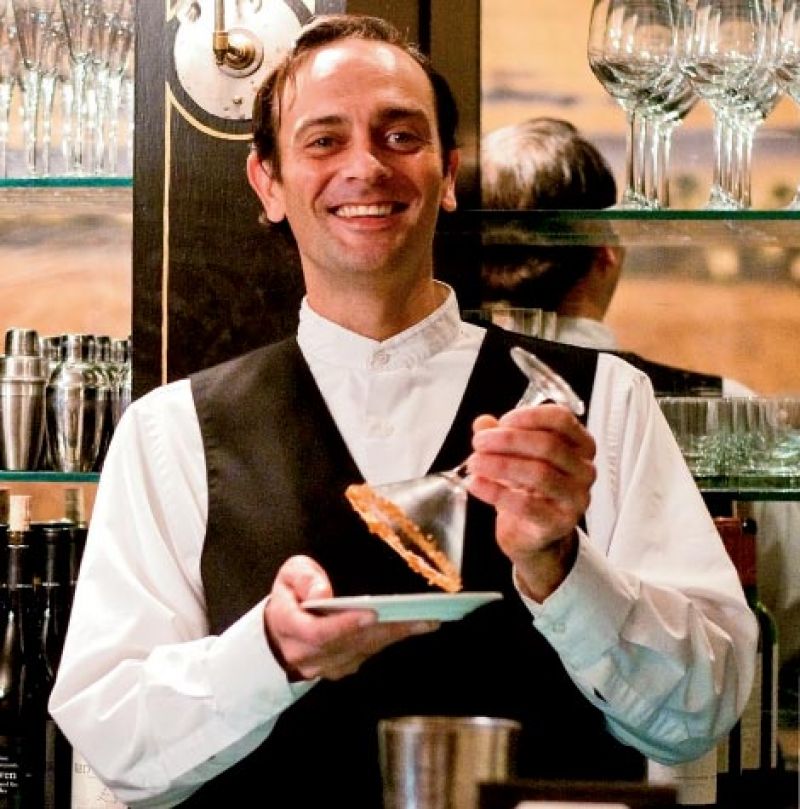 If contemporary Charleston were a dessert, only one could take the honors: Peninsula Grill’s Ultimate Coconut Cake. A 12-story high-rise of coconut and vanilla cream-cheese icing coated in toasted coconut, the layered confection is decadent, sumptuous, and unapologetically Southern.

And just like Charleston, the Ultimate Coconut Cake has its secrets. Only a few steps away from Peninsula Grill’s dining room waits a more potent spin-off at the bar (though it’s not on the menu)—The Ultimate Coconut Cake Cocktail. For those who need a “sugarcap” as well as a nightcap, this is your drink. A festive, snow-white concoction, it’s also a perfect choice for impressing company during the holidays. And unlike its hefty inspiration, the cocktail is surprisingly simple to make.

“It comes off as a little frothy and has a nice, light mouthfeel,” notes the Birmingham, Alabama, native who graduated from Johnson & Wales and previously worked as a bar manager at Slighty North of Broad. He adds that the idea was to create a cocktail that looked like the restaurant’s most famous dessert but was still light enough to drink.
Lightness isn’t what you’d expect from a cocktail inspired by a dessert estimated to pack quadruple digit calories per slice, but somehow the drink is delightfully easy to sip and doesn’t weigh you down. Let’s just chalk it up as another Charleston secret.