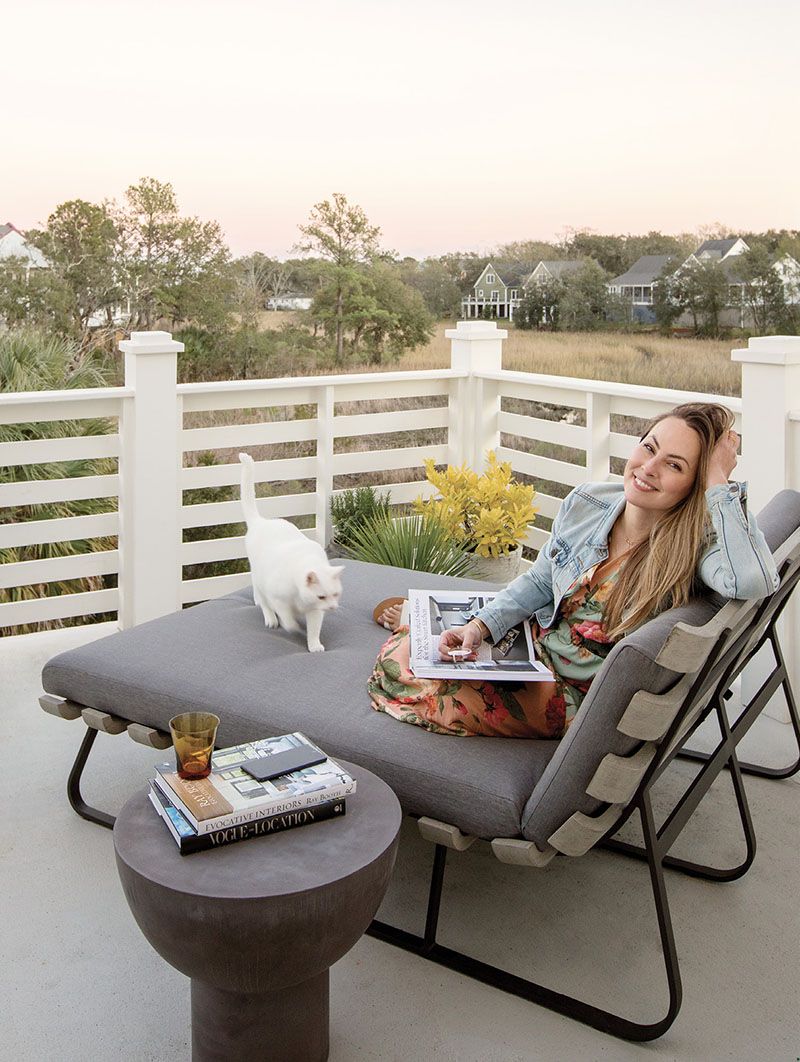 It’s hard to find a sense of place when you’re constantly on the move. And as a child, Maryland-native Jesse Vickers and her mother moved a lot. Yearning for continuity, she began creating unique, personal spaces in each home. It made her happy for however long she was able to stay. “It was a cathartic process,” she says. Once she had settled in Charleston in 1998 however, the pattern translated into repeated reinventions of her apartments. “I’d constantly redo them and invite my friends over for the big reveal,” she says. After graduating from College of Charleston, she landed a job with local fashion company Escapada. Working under owner Natalia Castillo ignited an entrepreneurial spirit in Vickers, and she channeled an innate eye for style into a career, opening her own design firm in 2012.

Fast forward eight years, and 35-year-old Vickers is the founder and principal of JLV Creative, a sought-after interior design company with a storefront in Mount Pleasant, projects in four states, and a full-time staff of 10. Vickers is living her dream. “I’m sometimes like, ‘Pinch me, is this real?’” Reality set in late last summer as she walked up the stairs of a pretty white house on Park Circle’s Oakwood Avenue and became a homeowner for the first time. “This is the first home that I’ve ever lived in that wasn’t a rental,” she says, looking around the beautiful sun-dappled living room with pride.

A downtown resident for years, Vickers chose Park Circle as she felt a connection to the neighborhood—and it was the only place she could hunt down marsh-front property for under half a million dollars. “It’s so hard to find land on the water here,” she says, “and it’s so competitive if you do.” She knew she wanted to build, but also knew this wouldn’t be her forever home. “If you’re a young person in Charleston, even if you can afford to, you don’t necessarily want to build a $2-million home,” she says. A nice investment, in a hip area, that’s convenient to everything was Vickers’s goal, and Park Circle fit the bill. 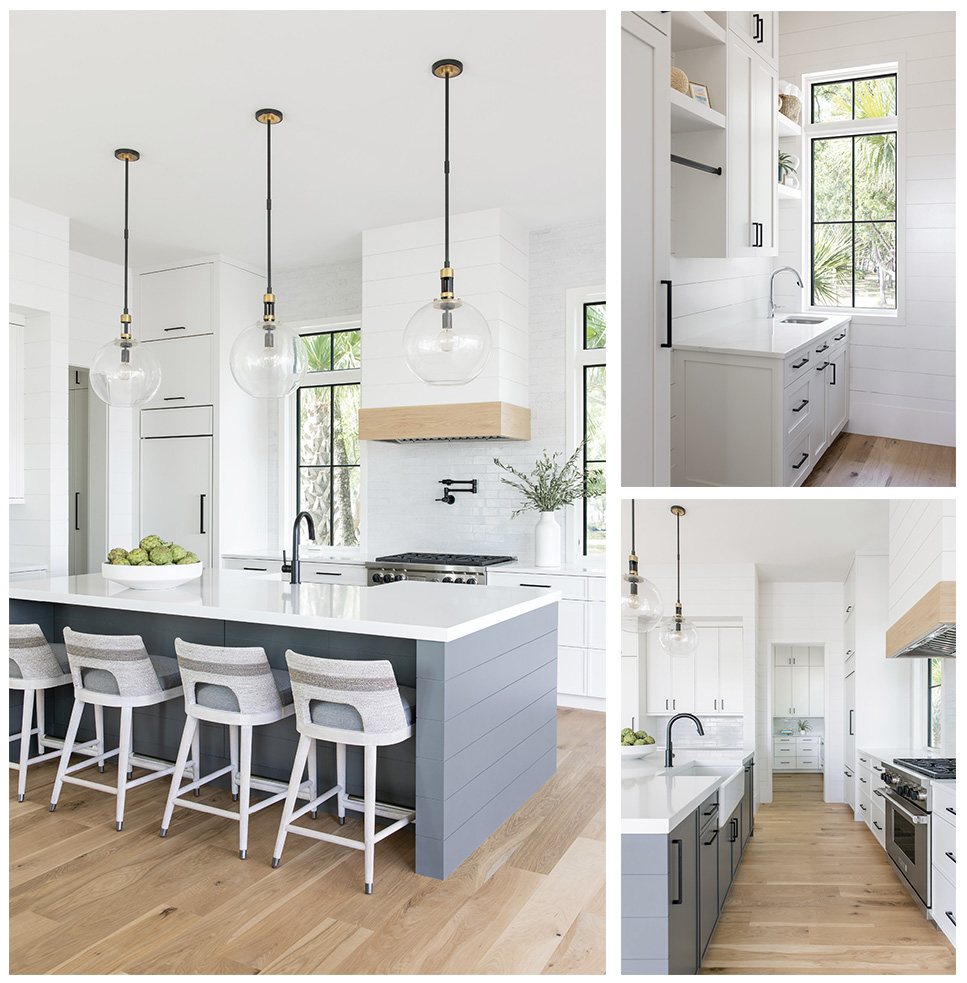 The dining area, replete with green velvet chairs by Moes (“They’re so easy to clean!” says Vickers). She chose shiplap as it’s less expensive than a tile backsplash and helped with the continuity of the space. The pantry wall sits opposite the kitchen and is an ingenious space saver, concealing the fridge and providing all the storage she needs behind quartersawn white oak veneer.

Beyond the North Charleston enclave’s lower property prices, she was drawn to its community. “I love Charleston, but we live in a place not known for its diversity, and in Park Circle, it doesn’t feel so homogenous,” she says. The wider range of socioeconomic, racial, and gender-identity backgrounds in the neighborhood really appeals to Vickers. “I appreciate that when I go out in the evening and walk around the circle or the duck pond, I see different types of people all doing different activities and being nice to one another.” She also cites the area’s burgeoning creative scene. “We’ve got some really cool artists that call Park Circle home, and a lot of people that live in the area are also designing, building, and working here. I feel like there’s a real sense of community.”

Fittingly, her contractor also lives in Park Circle. In 2018, Troy Ah Yo, owner of CSC Home Builders, constructed Vickers’s home and six other semi-custom houses along Oakwood Avenue, each nestled up to the marsh surrounding a tiny tributary of Noisette Creek that feeds the duck pond in nearby Quarterman Park. Vickers worked with Ah Yo and architect Phil Clarke of Clarke Design Group to customize the 1,650-square-foot, three-story floor plan to fit her style and space requirements. From small tweaks, such as removing an extra wall from the master bath, to larger changes—including relocating windows from upstairs to the middle floor to give the master bedroom more expansive views, Vickers was able to create a custom home without the custom price tag.

The biggest change to the floor plan, however, was in the kitchen. “I was able to be a little more creative,” she says. Instead of going with the traditional upper cabinetry and tiled backsplash, she opted for white shiplap walls, floating wood shelving, and flat-fronted cupboards painted in Benjamin Moore’s off-black “Cheating Heart” to create a more modern look. This configuration left an entire wall free for an ingenious pantry in quartersawn white oak veneer, which conceals a full-sized fridge. The centerpieces are the stunning Rio Venato marble countertops that waterfall on both ends, offset by rich brown leather and bronze stools that complete the high-end aesthetic.

The fresh, organic look produced by a palette of black and white highlighted with wood elements and mixed metals creates a sense of openness and interest in what otherwise is a narrow, multifunctional space. Next to the kitchen, a small dining table adorned by a whitewashed wood chandelier from Arteriors and green velvet chairs sits poised for post-pandemic dinner parties, but for now, makes do as the base for a one-eighth completed 3-D Hogwarts puzzle. 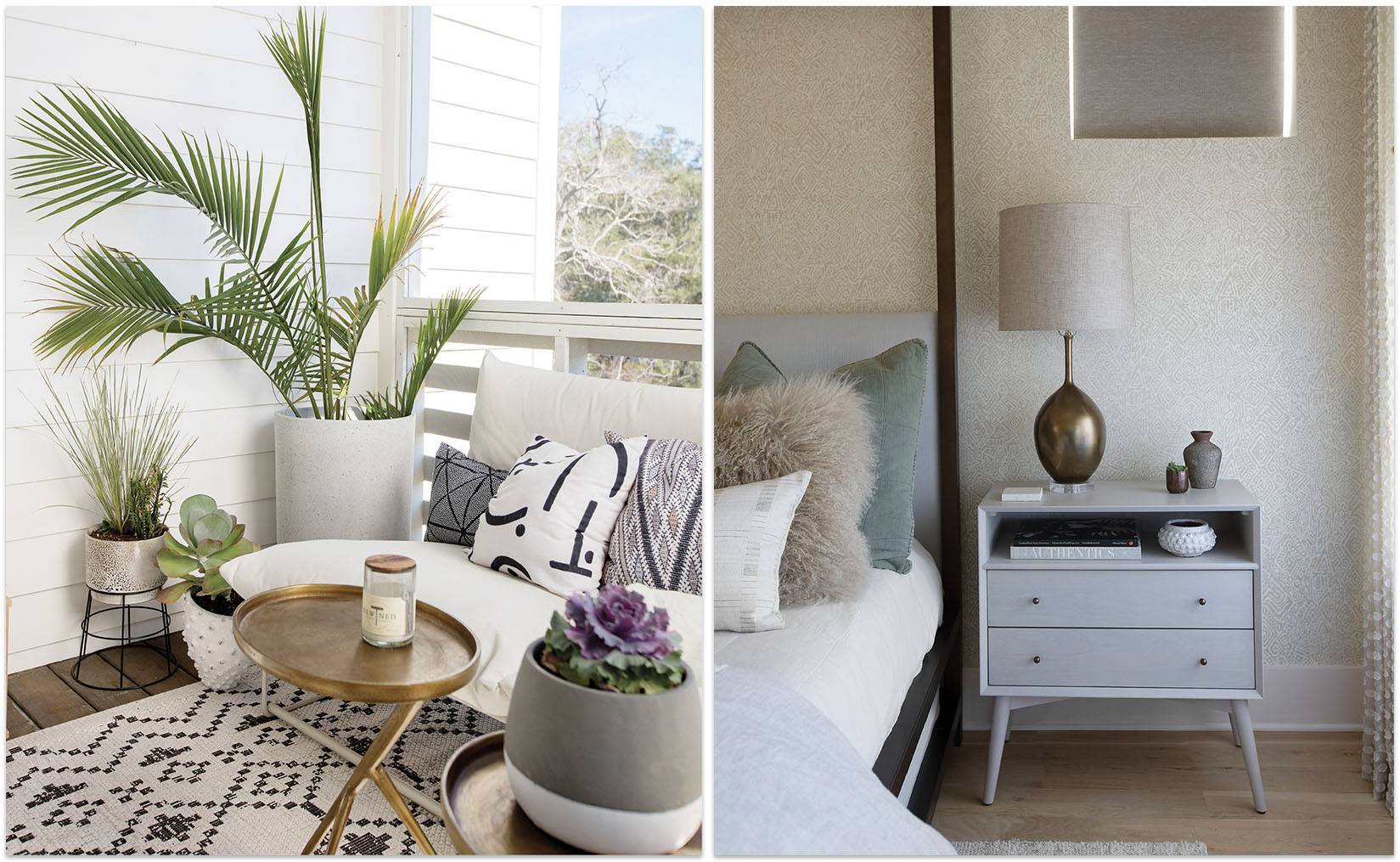 SCREEN TIME: “It’s really Pickle’s porch. I just get to hang out there occasionally,” says Vickers about the screened-in spot where the cat can bird-watch and sun from the IKEA sofa scattered with pretty patterned pillows. (Right) Finishing touches in the master bedroom include a lamp by Arteriors that offers a little luster.

Just beyond, a bright, white living space—punctuated by copious colorful pillows and throws, as well as dramatic, dark drapes—provides the perfect perch for conversations, or for Pickles, the plump white cat, to lounge in stylish luxury. An art wall, complete with a Samsung Frame TV that produces replicas of priceless artwork when not in use as a media device, ties everything together.

“I just love an art wall, but it can be hard in a new home,” says Vickers. “Art is something you want to collect over time, but I don’t want to live in a space that is blank.” Her solution? Fill in spaces with nice prints as placeholders for that perfect piece. “It gets around the issue of having empty walls and means you don’t feel as pressured to impulse buy art that doesn’t mean anything to you.”

Special works, mostly from local artists, can be found throughout the home, but there is the occasional “cheat piece”—such as another Frame TV in the master bedroom to rotate through masterpieces based on the seasons or Vickers’s current mood. But this space needs little adornment as three large windows welcome in views of the marsh, with the green and golden hues reflected in a light seagrass wallpaper and white drapes. A long master bath features a bold, patterned tile floor and a large shower that houses offset subway tiles and a full-length ledge rather than a niche, for a more interesting, contemporary look.

Upstairs is the guest suite and Vickers’s office/home gym. There, a life-sized oil-on-canvas portrait of a woman that Vickers found at a vintage market in North Carolina dominates the room, pulling color from a ceiling painted a deep green. But the topper—and Vickers’s favorite spot—is the large balcony adjacent to the office. Out there, she can relax with Pickles and soak up the calming beauty of the marsh. “It’s still surreal being here,” she says. “Sometimes, I’ll just putter around the house on a Saturday morning repeating, ‘I love my little house. I love my little house.’” At last, she’s found her place. 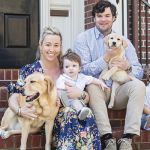 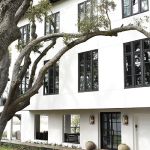 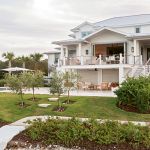