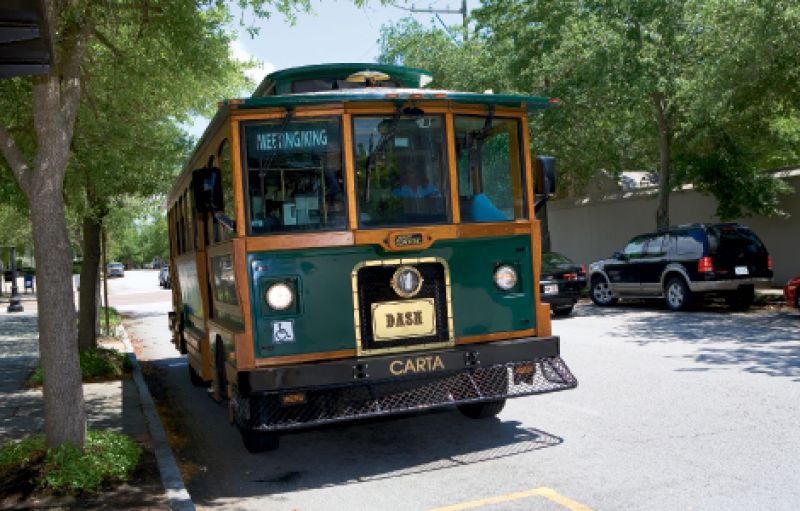 When I was 11, my mom sent me on the first of many “on-my-own” vacations to Copenhagen to summer with my grandparents. As a North Carolina ’burb kid, the postcard-perfect, cobblestone street-filled, waterfront village (sound familiar?) was my nirvana, and I couldn’t get enough of its urbane trappings. That is, except for the buses. Though I rode them ad infinitum, they unnerved me to the core, connecting my synapses into a superhighway that led straight to panic city. I knew the streets by sight (not name) and could get from A to Z blindfolded, but the routes, schedules, weekday-weekend charts, stop and go rules, express lines, and ticket punches? Pair those with a busload of an audience, a foreign language, and my superior teen inferiority complex, and public transit became my nemesis.

In time, I did master Copenhagen’s bus system. But I have to admit that in my eight years as a Charleston dweller, I’d never set foot on a CARTA bus or the cute DASH trolley cars that zip around the historic district. That felt not only lame, but wasteful, self-indulgent, and even lavish (considering parking fees), so on a recent weekend, I decided to venture onto our local buses. My plan? Take CARTA to the Visitor Center, DASH around the peninsula, and CARTA home again.

After a frustrating hour on the CARTA website trying to get the details of stops closest to me (sure, there’s a CARTA sign at every corner, but aside from routes, they contain no other direction), that familiar teen angst began to roll out. Reading that printed schedules could be found at the nearby Pig, I headed over and asked the clerk, to no avail. Eventually, I consulted the Visitor Center. The info desk gal explained that not every stop shows up on the brochures, just the numbered ones; drivers only brake for non-timed stops when a would-be passenger is waiting or a rider pulls the bell line to indicate they need off; exact change is required; and passes for a CARTA-DASH 12-hour combo are $5.

Armed with this, I made my way to the King Street-Citadel 20 route stop to wait. And wait. In about 20 minutes—seven minutes off-schedule—the bus arrived. I climbed on, bought a pass, and settled in, noting with apprehension the lack of posted maps and pending stop announcements. Soon, though, a grandpa and his two grands boarded. The five-year-old with a candy-dribble-covered chin clambered onto a seat nearby, and his sister, sucker in mouth, chose the space by me. They told me they were headed to the park; they didn’t know the stop but could see when they got close. That loosened me up, so I asked the gentleman about pulling the “stop” line and felt like such a champ when I did it right that I might as well have been a lollipop-loving kid again myself.

Newfound bus trust in tow, I transferred to the 211 DASH route. For visitors (or tourists in their own town), the $1.50 ticket is a great money-saving alternative to a $12 carriage ride, and though you miss the history spiel, you do score icy AC and a weatherproofed car, treats on a hot and shower-littered summer day. The route found us puttering down King Street and over to the Battery before heading back by Marion Square along Meeting Street.

While on board, I met a nice, sassy couple visiting from Chicago, a gaggle of Atlanta ladies celebrating a friend’s birthday, and a pair of Texas retirees who came to town after reading a recent Southern Living story on the Holy City. Since the trolley windows are tinted—or maybe it was just that vacation virus—they knew no inhibition. They hollered out restaurant raves and pans; read names of stores, streets, and neighborhoods they wanted to return to; and oohed and ahhed at White Point Gardens, window boxes, horses, and buggies. Most stayed on the entire route and then set off by foot from where we started, while a few stepped off at what looked too good to pass, telling the driver they’d hop back on later. By the end of it all, I felt like I was on holiday, too, and seeing our city through their eyes made me warm to it all the more. 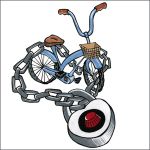