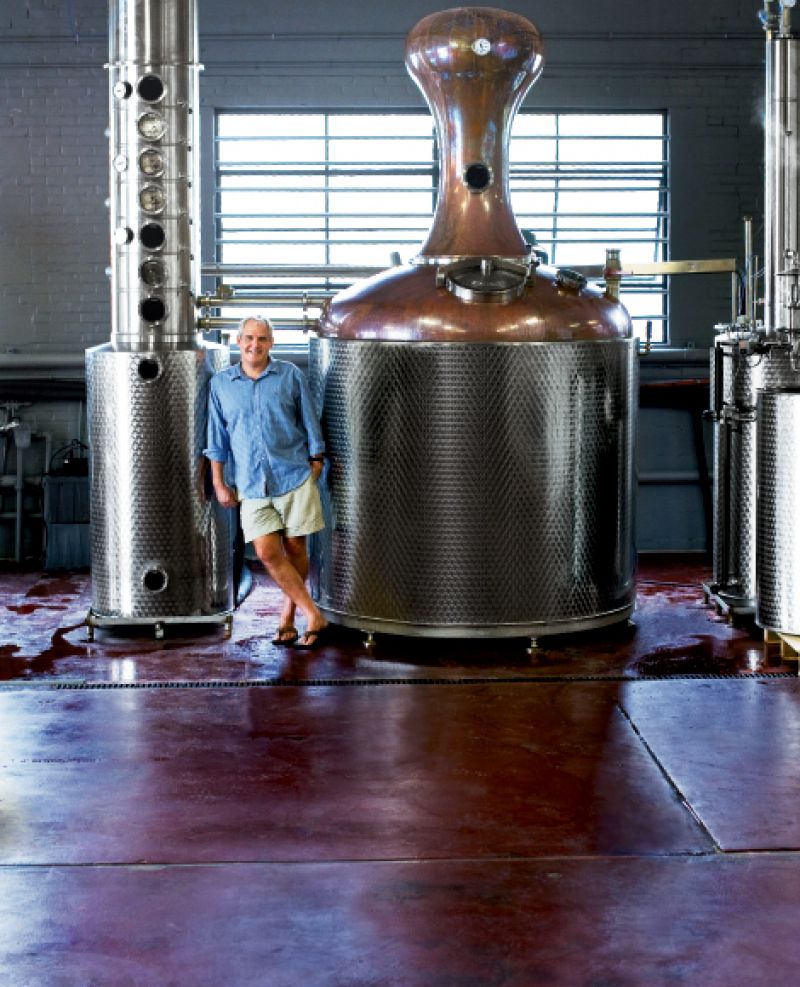 When Scott Blackwell and his wife, Ann Marshall, sold Immaculate Baking Company to General Mills last winter, they found themselves at a crossroads. The creative couple had a dozen business plans on the table, and they were ready for a fresh start. They both kept gravitating toward the idea of opening a brewery in Charleston that would allow them to get back to small-batch production, but then Ann had a better idea: craft distilling. They quickly switched gears, opening High Wire Distilling Co. on King Street in September. High Wire offers tours and tastings of their first products, vodka and rum.

CM: Coming from a baking background, how did you learn to distill liquor?
SB: My baking education and experience offered a solid foundation for distilling. I am well-versed in grains, sugars, and yeasts and have been able to apply a lot of that knowledge to formulating our grain bills and troubleshooting the fermenting and distilling processes. Ann and I also know a lot about sourcing ingredients and equipment; setting up manufacturing lines; and dealing with the sales, marketing, and distribution side of things.

CM: What liquor do you plan to introduce next?
SB: We have always loved Mike Lata’s sticky sorghum bread pudding and had some enlightening conversations with John T. Edge about sorghum as an historical Southern crop. We contacted the Guenthers in Tennessee, a Mennonite family who has been cultivating sorghum for decades, and asked them to send us a 55-gallon drum of syrup. We fermented and distilled it using a very pure formula into a sort of whiskey we call “Sorghum Shine.” We are aging it now to add even more complex flavor and plan to release it early next year.

CM: How is High Wire fitting into Charleston’s F&B scene?
SB: The food and beverage crowd has been absolutely amazing. We have loved brainstorming with chefs and bakers and breweries and scheming up countless possible collaborations.

CM: Do you think High Wire is a good fit because Charleston is such a drink-friendly town?
SB: Yes, but more than that, we think Charleston is a very social town. Spirits are a natural accompaniment to great conversation, merriment, and fabulous food, and there is an abundance of those things around here! It’s a pretty open-minded, curious, adventurous community, and all of those things translate into a really supportive fan base for us.

CM: What’s your favorite cocktail?
SB: My go-to drink for winter is a Papa Doble. It was made famous by the Floridita in Cuba, a place that fascinates me.

A look at the companies
Blackwell has founded over three decades