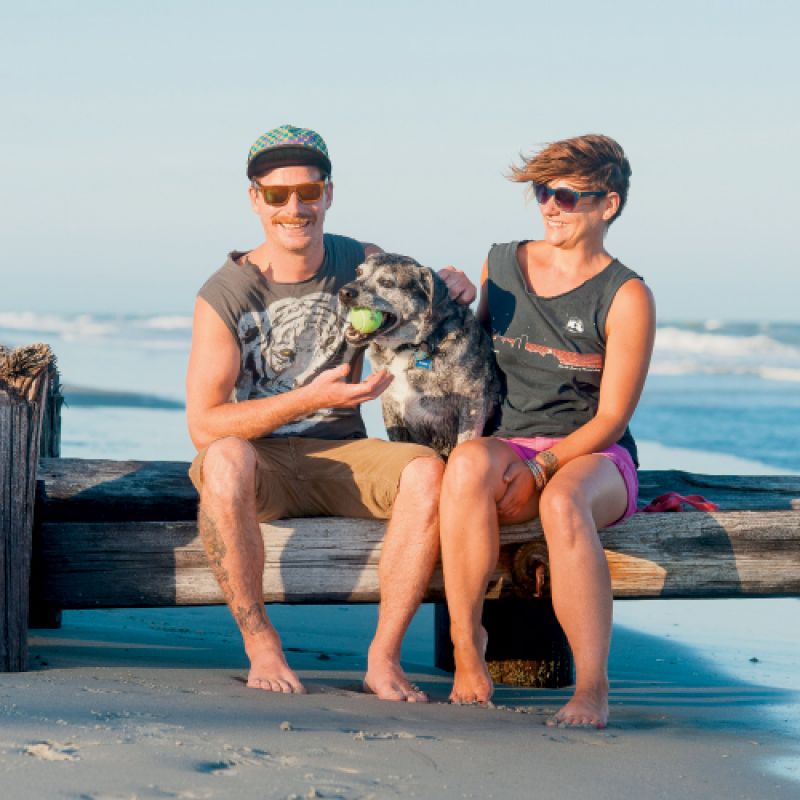 A fair measure of a city’s livability index could be the happiness of its canine inhabitants. Just as the Lowcountry is clearly a place with a ratio that’s pleasantly skewed toward “satisfied” for humans, our dogs seem to be downright contented, too.

Take Romeo, for example. Three years ago, the then-11-year-old Lab/pit mix could hardly make it up the stairs of his Brooklyn apartment building. Once, when his foot got caught in a metal grate during a daily walk, Romeo barely summoned the gumption to get back on his feet and stumble home in the dreary New York winter. And that’s not to mention the red-faced embarrassment that comes with being forced to squat, over concrete, in a very public place.

Romeo’s human companions, Alex Lira and Jessica Novo, witnessed his declining spirit and knew that something drastic needed to be done. They’d been considering a move south for months, and Romeo’s plight helped push their decision. They soon packed their bags and hightailed it to the Holy City. Crowded streets and endless flights of stairs gave way to sandy paws, long days in the sun, and the eye-opening discovery that saltwater, while delicious, does not quench thirst.

Today, at 13, Romeo bounds around with the energy of a dog half his age. Lira (head chef at The Lot on James Island) and Novo (a DIY maven) experienced a similar transformation in their own lives. With the frigid, stubborn winters of New York behind them, Romeo soon found himself body surfing on Folly Beach, playing in the lake at James Island County Park, and digging out his own corner of a big backyard that Brooklyn’s dogs can only dream about.

Suddenly, life was good again. Romeo looked around and realized that his humans were happy, too. Charleston had rejuvenated their spirits.