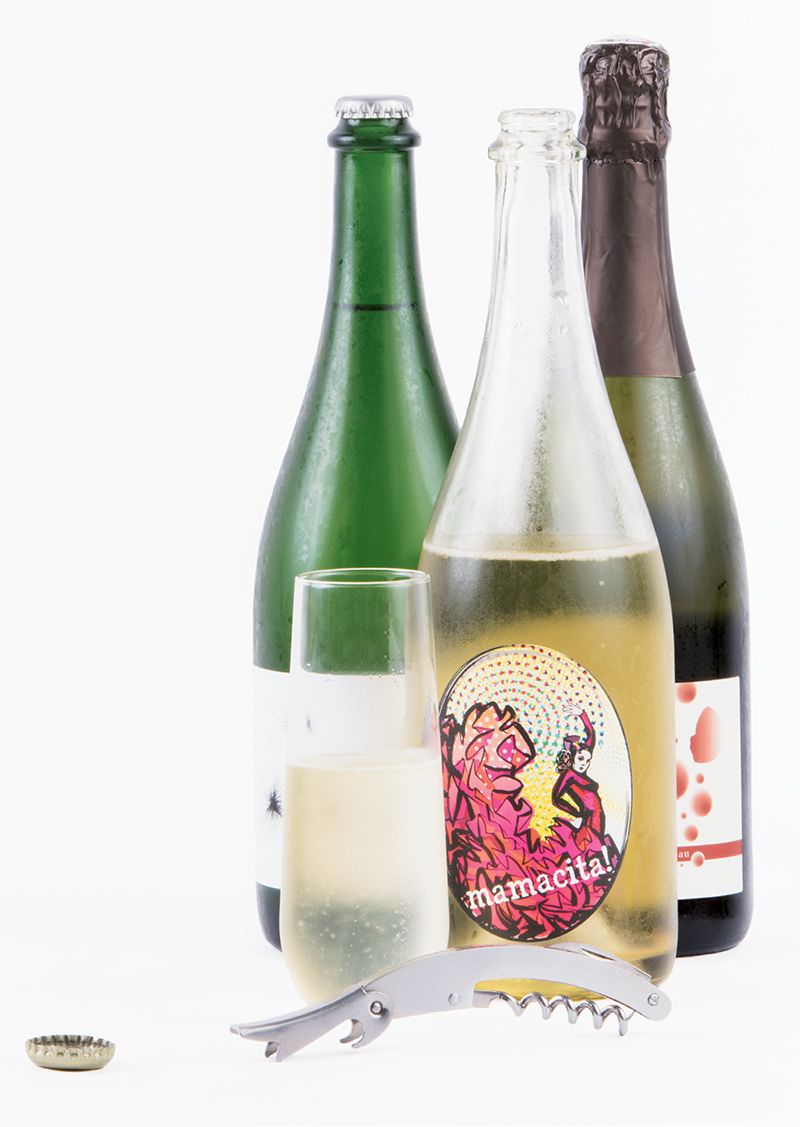 What: Is it cheap Champagne? Sparkling wine with more spunk? Seen on Holy City bev lists of late, pétillant-naturel, or natural sparkling, is a type of wine that ferments in the bottle, creating a taste that’s more raw and funky than that of its bubbly relations. Though the wine is classified as méthode ancestrale, the term “pet-nat” was coined relatively recently, in the ’90s in France. “The fizz in pet-nat wines is often softer than in many other Champagne-method sparklers, which can make it more food friendly,” notes Morgan Calcote, general manager of FIG, which offers three types of the wine. Because of their unfiltered nature, pet-nats often appear cloudy and come in white, red, and rosé varieties.

Owner Matt Tunstall carries two bottles of pet-nat crafted by young winemakers in Oregon and California. “The process of making pet-nat is not new—it’s been around for a while in France,” he says. “But it’s only recently taken off in the States. The funky, unfiltered, no-additive thing is hip, and the wines are very affordable compared to Champagne.” Bottles range from $60 to $70, while a glass is around $12.

Though fried chicken and bubbly may seem an unlikely pairing, this oyster and poultry spot swears by the combination, serving seven pet-nats sourced globally from Nevada to Hungary and France. The natural wines are cheekily described: “If Champagne is in a pair of leather monk straps, pet-nat is wearing Birkenstocks,” notes the menu at Leon’s.

“Pet-nat has an open-me-anytime kind of feel,” says sommelier Sarah O’Kelley. “I’m a big proponent of not saving Champagne for special occasions, but I would be less likely to open a bottle poolside—whereas these wines are very pool-appropriate!” Edmund’s offers a variety from Oregon, including Day Wines 2016 “Mamacita!” (pictured above).

“There’s a level of rusticity and an unpredictable nature to these wines that’s exciting,” says Morgan Calcote. “Each bottle may have finished fermenting in a slightly different way, yielding a sweeter, drier, funkier, or cleaner wine than the next bottle you pop.” She applauds sipping the sparkler straight or pairing it with charcuterie, chicken, or vegetables.